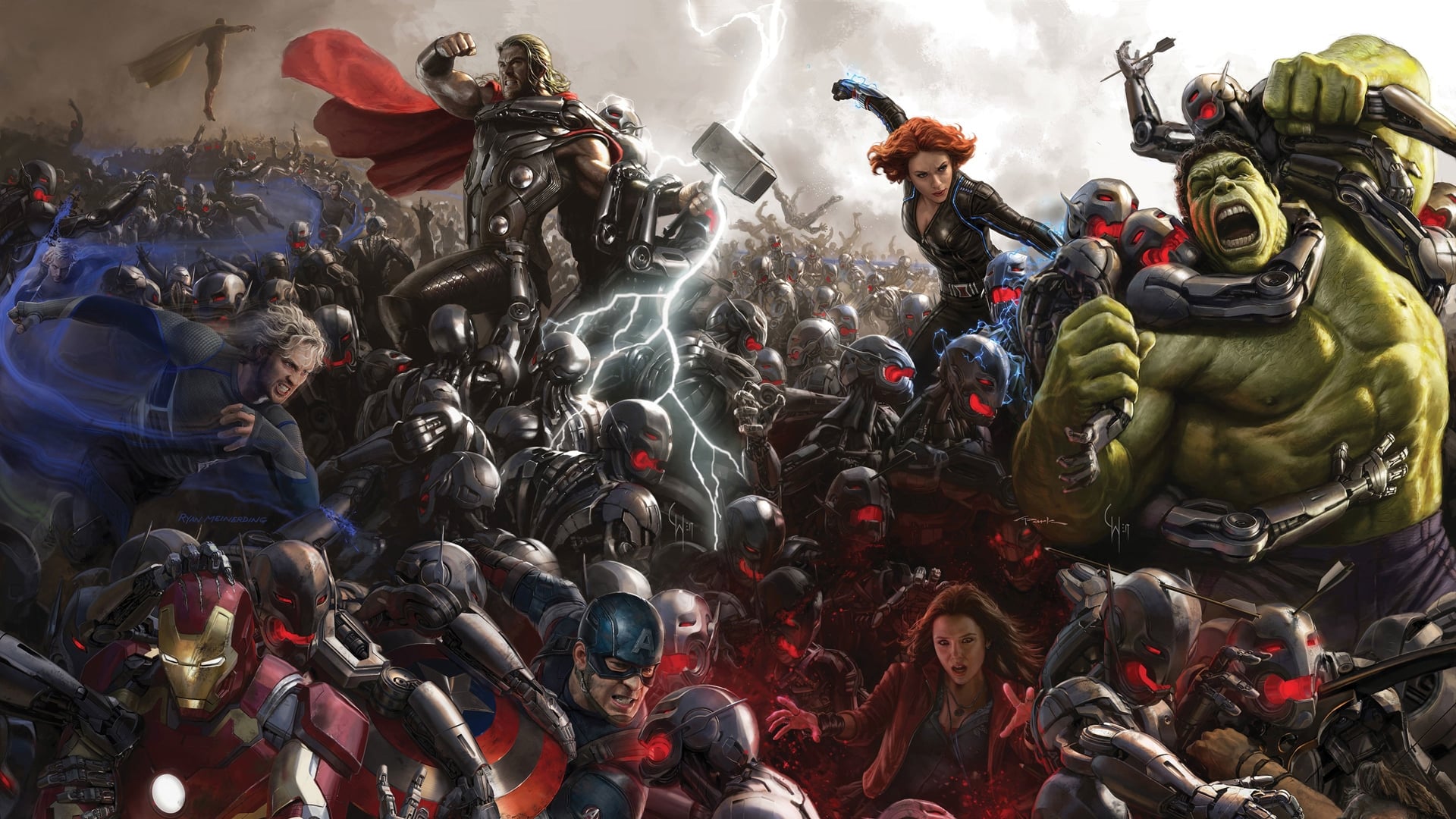 I’ve always kind of looked at the Disney/Marvel movies as the penultimate representation of inoffensive, mass-appeal action films created by a formula that has most recently been (discovered and) solved. It’s literally impossible to get upset at these films, unless you are a die-hard fanboy of the original content, and that in itself may be invalid. If you’re that intense into the characters, you know that the canon is screwed up beyond belief and the depiction of these characters on-screen is refreshing as they don’t approach the original material with any significant seriousness. Yes, the Marvel Cinematic Universe is its own entity, a concept that comic book fans are already comfortable with and fully embrace: instead of reading thirty years of Avengers history, wouldn’t it be easier to instead read ten years of Ultimate Avengers instead? And aren’t those standalone stories and graphic novels even better, as there are only a handful of issues to digest and enjoy? The answer is yes, for me at least. But the Cinematic Universe gets the best of both worlds, as they cherry-pick from the best, and even throw in easter eggs for the megafan. Generally, I don’t peruse the internet and come across threads of comments slamming these films for screwing anything up. I also don’t see any threads picking the films apart for what they are: science fiction action films. But maybe I just don’t visit those dark recesses of the internet, and we should all be OK with that.

Not only do these films appeal to the comic book fan, but they appeal to any movie-goer. They truly have the mass audience in mind, and point proven by the enormous box office they revel in. The stories are easy enough to follow, have broad appeal through translation and a diverse enough cast with to-the-point dialogue and cinematography. It’s all part of the formula. You can expect action -> setup -> action -> progression through character conflict -> action -> settling tension -> big action. Or something like that. It’s always done so well that the second time I watched The Avengers, was on a plane with no audio. The lack of audio didn’t even take away that much from the experience, as the visual storytelling  combined with my loose memory of my previous viewing months before, makes for a decent movie. While I watched with no audio, I couldn’t help but think of a foreigner watching a non-native language version of the movie and getting just as much out of it as I did. Sure, there are one-liner and inside jokes that make me chuckle, but in the end, we could both discuss the spectacle equally.

You could take all this negatively but you shouldn’t. These are, after all, summer popcorn flicks designed to entertain you, and they do so very well. They are not cerebral films meant to challenge you. There is a time and place (and mood) for all of cinema, and I heartily accept it all.

Three short years later, we’re faced with the sequel, bringing us to the end of “Phase Two” of the Marvel Cinematic Universe in the form Avengers: Age of Ultron. If you thought the structure of each film was impressive, you can take a look at the structure of the release schedule of these films. Add to that all the linkages between films and you have a truly unique experience in films that can’t be paralleled. If I could say one negative thing about Avengers: Age of Ultron it would probably relate to these links: there is one scene in particular involving Thor which feels jammed in, short and awkward, but it does much to setup his next movie. I understand why it’s there, but it can be a bit distracting when looking at the movie is a singularity. Which is perhaps not the way one should be looking at these films. They’ve always done a good job of setting the characters up in these films without blatent disregard for people who haven’t seen the individual films. AoU has this task two fold, and I am of the mind that it did a great job. Whedon knows what he’s doing, and the rest of the industry could take a cue to apply to their own ensemble casts (although X-Men and X2 did a great job a decade previous).  If anything, the individual characters get less screen time, development and care than we are accustomed to in a movie. You would call this poor character development. The thing is, most of these heroes are developing in their own movie, then show up to tackle a big task together. The urgency and circumstances doesn’t lend well to “getting to know” everyone, so speak. But Age of Ultron does something that I’m truly impressed with.

The movie fleshes out characters that don’t have their own franchise, and even help along those that do. Black Widow is in desperate need of her own film and now is the time. We’re given more information on her past to see how she is the woman she is today, and it’s great: there is a great story there that deserves its own vehicle, and with that could possibly give the female-led superhero movie the kick it needs. We know Scarlett can lead a film, so let’s get on it. The Hulk has received a couple of movies in the past – only one of which is part of the Marvel Cinematic Universe (that is, The Incredible Hulk with Edward Norton) – but they have fallen flat. It seems there is only so much you can do with the character in his own feature. But they are doing amazing things with him in The Avengers films, with excellent depiction of his battle between weak Banner and strong Hulk. Their personalities clash and struggle against one another with beautiful acting by Ruffalo (and those CGI artists I suppose). Pairing Hulk and Widow here was a brilliant move, giving them more screen time and giving us a legit, healthy sub-plot with real emotion to help give us a breather from the intense action sequences.

Then we have the Maximoff twins, played perfectly by Elizabeth Olsen and Aaron Taylor-Johnson. How do you introduce two new heroes to an already large ensemble cast? Watch Age of Ultron, of course, to find out. It’s predictable, of course, but that’s part of the charm of these films. The secret to their success has been tight writing, good dialogue and great actors. Enter: James Spader. He really is the highlight of the movie as Ultron, and is now forcing me to go back to catch up on his impressive filmography. His delivery is perfect and is captured wonderfully through the CGI. It helps that he brings so much humanity to the living robot, complete with flaws and characteristics from its creator. We get plenty of little cameo bits, including those “side kicks” from Iron Man and Captain America. There are plenty of easter eggs for fans of both the comics and movies, many of which I didn’t pick up on initially but after perusing the IMDB trivia page, can go back to and enjoy – it does warrant a second viewing.

Everybody is slightly obsessed with ranking these films, and I’m quick to avoid the situation. But it’s inevitable. I’m going out on a limb here to say that I enjoyed this movie moreso than the first Avengers. If for no other reason than the surprising amount of character development. The action was great, the characters are great, it’s funnier and the villain is at least on par with Tom Hiddleston’s Loki. The addition of our mutant enhanced friends is the icing on the cake.