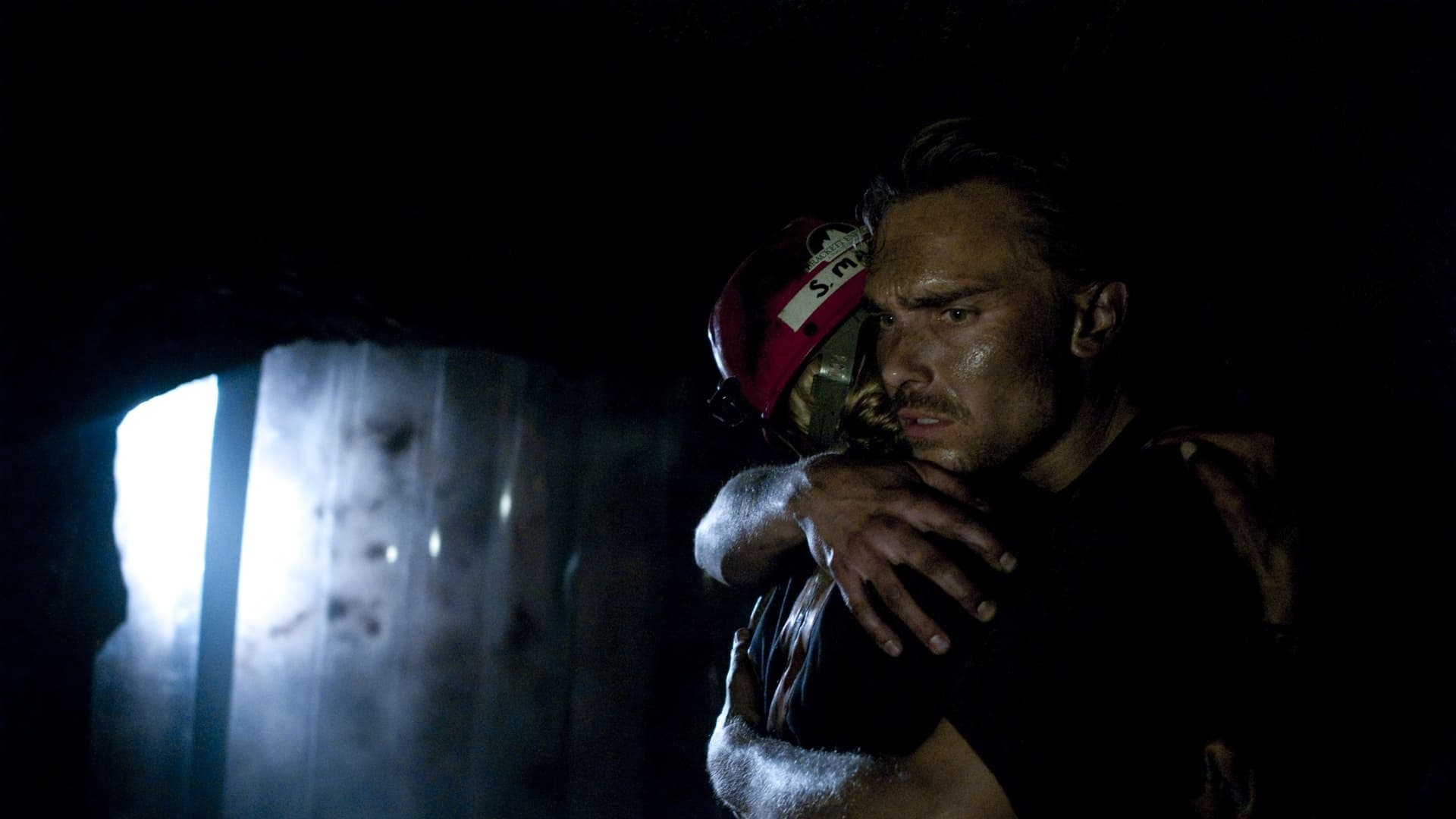 Fresh off of Zombeavers, my friends and I were naturally attracted to another terribly-good water creature horror film. Maybe that should be a category in Netflix. We settle on a film titled Beneath, where “six high school seniors…find themselves on rowboat attacked by man-eating fish and must decide who must be sacrificed as they fight their way back to shore.” Honestly, how could you go wrong? Quite simply: you load the movie, get thirty seconds in and start to question your very reality. No, the credits couldn’t possibly match the plotline. What we got instead was a very different film, where “a crew of coal miners becomes trapped after a disastrous collapse….They slowly descend into madnes and begin to turn on one another.” We paused the film to read the brief synposis and yes, this movie would do just fine. I’m interested in any descent into madness.

Underground stuff is going to be just as scary – if not moreso – than underwater. My fear of underwater may be irrational but if the real world has taught me anything, being underground, especially in a mine, is extremely dangerous. Your life is threated my magnitudes of earth at all times, just as water is ready to steal your air should you the safety of whatever vessel you’re travelling in. While there’s air down there, it can quickly go bad. The lack of sunlight robs you of your day/night cycle.

We start with our main protagonist, Samantha, the daughter of one of the elder miners, who decides to check out what her father has been donig all these years. It helps to pull the viewer along, explaining the equipment and why these seasoned veterans of coal miners would take time to explain the various things that could happen in the mine that the viewer may not be aware of. As Samantha is getting into some shovelling some coal, things go quickly awry, as a collapse takes the lives of a few miners and blocks the survivors in. Luckily, they have a habitat setup for just such a circumstance: an environmentally controlled trailer that would provide them food, water and most importantly, air, until rescue arrives. They make the call to the surface, are told that they have 72 hours until extraction, then start waiting.

Here’s the problem: shit is going down in this mine.

They discover another mineshaft, and take turns squeezing their way through. It’s not the same level of terror that you feel in The Descent, like when your spelunkers would crawl through tight spaces that are just an inch larger than themselves. It’s close enough though, that I would willingly strike off live-mine exploring from my daring list of things to do. On the other end of the mineshaft, they discover bodies of miners from the 1920’s, trapped by a similar collapse. As one character mentions, the local legend is that they cannibalized one another and their frenzied spirits possess any unlucky miner. He’s met with a rebuttal: who would know what they’ve done down here when none of them escaped, nor rescued. This is a tomb.

So is it the lack of oxygen, or the twisted souls of the dead causing these visions? Are the miners posssessed by evil, being forced to attack one another? The mystery awaits.

For the most part, it’s good. The short run time ensures that this minecart stays on track. Nothing feels dragged out, and I love the inroduction of (possibly) supernatural elements. You know what happens from the outset, and this is fine. You’ll see a couple of familiar faces in the miners, including the Lawnmower Man himself, Jeff Fahey. In what I can only assume is an accurate portrayal of life in the coal mine, my respect for those that do venture into the depths of our earth is increased. It makes sense to me that they would have an shelter down there and makes me wonder if the most televised trapped miner stories involved such a thing. I also wonder how close they are to the true supernatural: I have read and re-read various stories on drilling impossibly deep holes and hearing the sounds of hell as they dig deeper and deeper to respect that the underground world functions in a way that demands our respect, just as the world of deep-sea life does. So while it wasn’t the campy b-movie I was expecting, it was still a decent little film that might be worth your eighty nine minutes if you’re into this sort of thing: straightforward, predictable and light, and better served while viewing with friends.

And quickly going back to the title confusion I must say that it’s hilarious that two movies named Beneath were released in 2013. Their runtimes are only a minute apart – according to IMDB. I have a feeling that we lucked out with the better one in this case.

Say goodbye to the daylight…