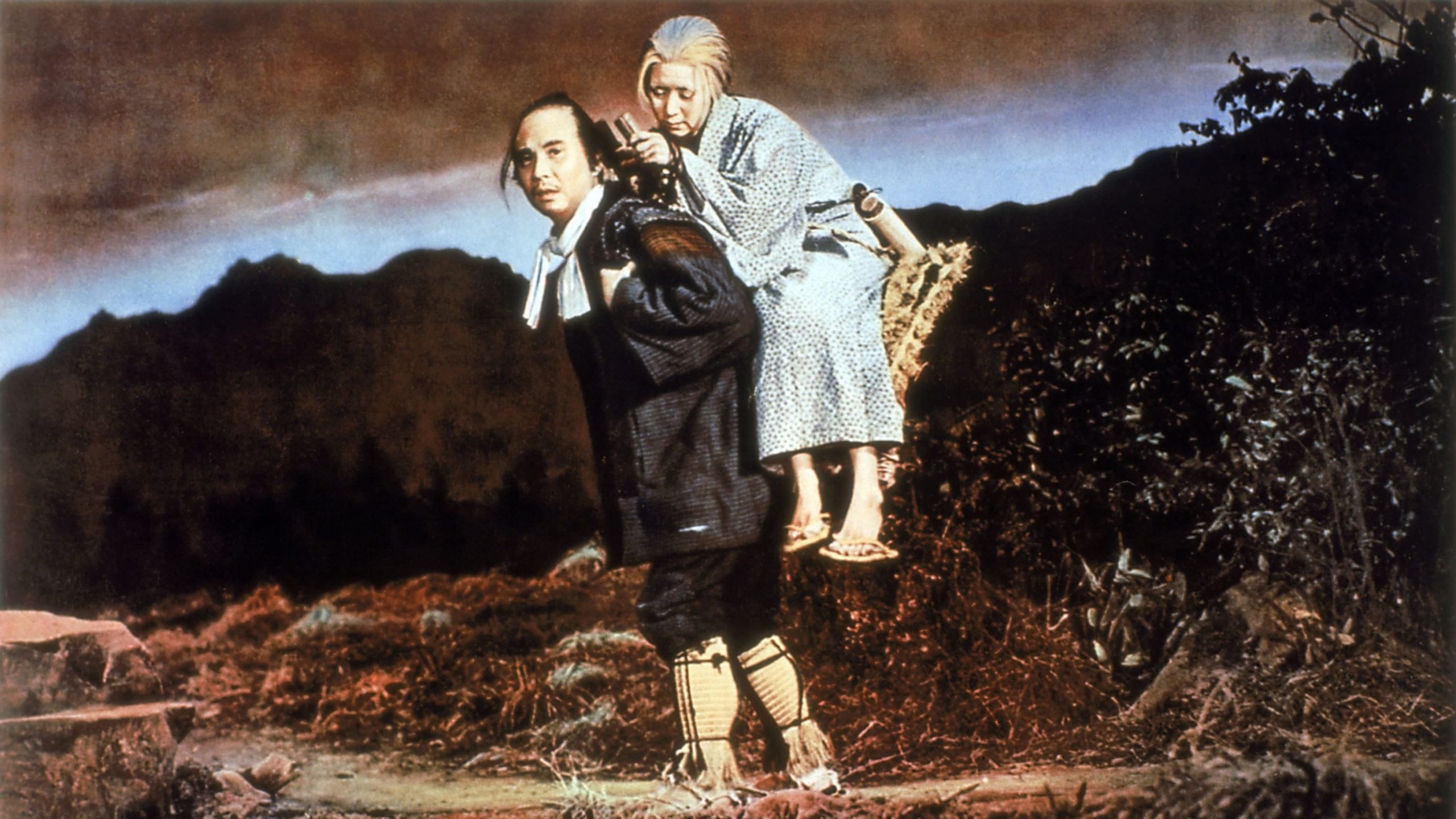 Another film in a series that I wouldn’t have been exposed to if Criterion hadn’t kept up their promise of delivering to us important, contemporary films that need a little tender loving. Indeed, I grabbed this film not only because the restoration was incredible, but it seemed like a fitting follow up to Seven Samurai, another essential Japanese film from the 1950’s. Ballad is advertised as being in the famous ‘Kabuki’ style, something I wasn’t familiar with and still researching. The end product is a film that holds my interest with not only fascinating characters and themes, but also radiant cinematography. The kabuki style of film-making is pulled from Kabuki-style plays of long ago, an art-form that was dying down as the Japanese culture faced a convalescence after the Second World War. Along with the style, the customs, traditions, and values alongside the unique film-making make for a truly foreign experience to my own “Western viewpoint” that I would imagine would prohibit this film from being entirely accessible to most audiences, although I would encourage everyone to experience it.

The story follows Granny Orin, a sixty-nine year old woman in a small village where resources are always low. Food is a struggle and is the main catalyst for generations of traditions. This is the exact thing that drove the villagers to recruit their samurai defenders in Seven Samurai, except in Narayama’s case, there is no violence or threat of outside danger. There is, however, a scene where we learn how these people deal with a local thief, and it is extreme. Is it as extreme as the custom that the film is centered around though? In this remote mountain village, when the elderly when they turn seventy, are brought to the mountain, Narayama, where they are abandoned to die alone. In a food starved society, this is done with respect and pride so that they won’t be a burden on their fellow family and villagers. The core concept of what is happening here is in stark contrast to our devoted belief and practice to keep life as long as possible, even in the face of exponential resources. Orin takes the path of righteousness, almost eager to take her journey with her son to her final resting place. She has lived a full life; she has been the village beauty and a valued member of society. But as she grows older, her good health has allowed her to keep all her natural teeth, which serves as a great shame. She is seen as being too greedy and using too many of the village’s food supply. It certainly doesn’t help that her grandson consistently sings about her demon teeth, which is picked up by the village.

Part of the tradition of her journey is to be brought to the mountain by her son. He is wrought with feelings about this, understandably. He doesn’t want to face the fact that his mother will soon be gone, and tries to convince her to stay. She is still useful, and valued member of the village. His own son is the complete opposite, badgering his grandmother to hurry with her journey: the sooner she is gone, the better for him and the others. The contrast is unsettling. We also see what happens when an elder refuses to take the trip: when a man stops feeding his father as he’s already turned seventy-one and refuses to take his journey, he becomes a parasite upon the village and a source of shame for the family. When Orin’s time finally comes, the old man’s journey must come to an end as well through any means necessary, lest his family face severe shame and become outcasts in this tiny community. Without knowing much about Japanese culture, one thing I always have in mind is the culture’s focus on respect and politeness, which I carry through to films like this. While the practice of abandoning your elders objectively at a certain age may seem almost barbaric to a modern audience, it can be looked at as a practical way of helping society along in dire times. Pride and respect would drive the tradition along. As we can see, nobody is really forced to make the journey, but the social outcome of not doing so is less than ideal.

It’s also then difficult to put up with the behaviour of the grandson, who relentlessly disrespects his grandmother and flaunts the ritual in front of his family at any given moment. It’s a sad story, and even sadder when his father, the son who must take his mother to die, struggles not only with the eventuality of the situation, but also taking on a new wife. He’s recently widowed, and immediately setup with a woman of similar age, from a nearby village. While not the focus of the film, it’s another interesting aspect of these different cultures: remaining single is frowned upon, and being removed from your family for such purposes is status quo.

I really do feel as though I’m watching a piece of history. I got the same feeling while watching Seven Samurai: everything looks incredibly authentic, like a window into Japanese history. Can it be attributed to how well made these films are, or how foreign the content is to me? Which brings us back to the Kabuki style: this movie is structured like a play, and showcases elements that we wouldn’t normally see in film. Every set is a soundstage, with painted backgrounds and intricate lighting. The director – Keisuke Kinoshita – has no problem using extreme coloured lighting and spotlights mid-scene to emphasize the drama. And I love it. The entire set will go dark, to draw attention to a character’s monologue. Just as in a play, entire sets will dim and be moved out of the way to reveal the next scene behind it. No stage-hands are ever seen; these effects are simple to the point of being clever and feeling fresh, compared to today’s films. The set design is incredible, and has a true depth to it. I couldn’t get over how three dimension everything felt. The camera moves about slowly, with clear deliberation that really pulled me into the scene. Kinoshita puts objects in the forefront, which certainly helps divide the frame but also to add depth as the camera slowly pans across a set. The colours pop, bringing everything to life in a surreal fashion. The experience is unlike anything I’ve seen before.

The other aspect of the Kabuki style is song and narration; specifically, the combination of both. We’re introduced to the movie/play at the beginning, and given context through simple instrumentation and slow vocalizations. At times, the actors seem to wait for the song to finish. Other times, a quick verse will tie two scenes together while in others, it’s describing the action on scene. It aides in introducing characters while also explaining why they are doing certain things. As I said before, Orin is ashamed of her full set of teeth. Her grandson initially describes in his own song that that she has a set of 33 demon teeth, and in case you didn’t put it together, a verse is sung about how the villagers are slowly beginning to accept that as fact and draws more suspicion around the old lady, increasing her shame, which helps you understand why she takes drastic action when she does. This style is not distracting: it’s comforting.

An overall simple story brought to incredible life through vibrant colours, interesting narrative, beautiful set design and cinematography, Ballad of Narayama is a delightful experience and has opened my mind to not only different culture, but different styles of movie making. It’s interesting to note that this is the last film Roger Ebert put on his “Great Movies” list in 2013 before he passed away; it may be premature to call it a masterpiece – having seen it only once – but I’m feeling that it’s left a big impression not only on me, but many others who can put their thoughts into words better than I can. I used to say things like “this is why I love movies” after seeing something like The Departed, and while that may be true to an extent, a film like this is a true representation and deserving of that kind of remark.