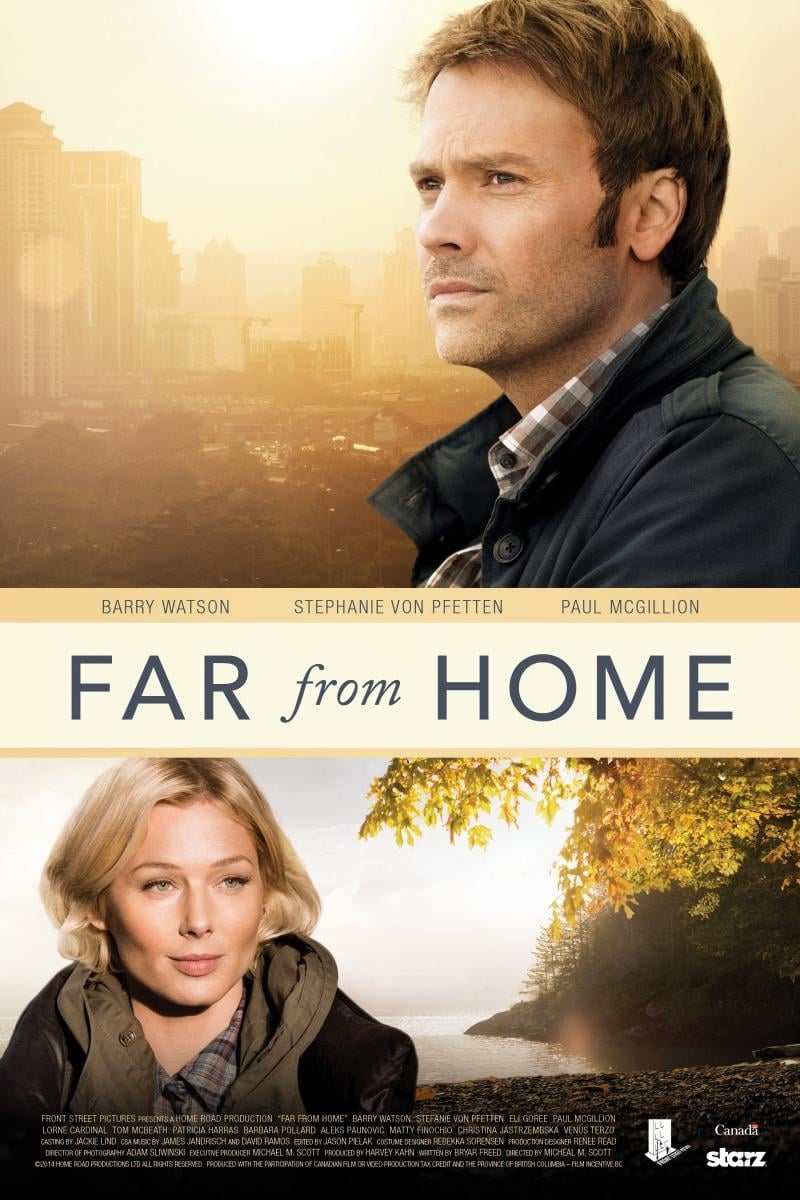 When you have the whole family together it can be difficult to find a movie that everyone can agree upon. My mother, willing to put up with recommendations, doesn’t want to waste the entire evening with decision making. She had made her choice, and who are we to disagree? She had recorded Far From Home via PVR and as the show began, it was evident that she wasn’t going to put a stop to this film even when my sister disagreed.

“What is this? Are you serious?” My sister was a bit dumbfounded that our mother had even found such a title and was fully willing to subject us all to it. She ended up sucked into her tablet while my father had already fallen asleep during the opening credits (in the movie’s defense, he does this all the time).

Being a bit credulous, but also intrigued by a wide array of films, I found myself fully engrossed in this made-for-TV movie, a genre which I have not dabbled in. The story follows a writer, venturing back to his home town upon his uncle’s passing. He hasn’t spoken with his uncle or been home for many years, a result of a conflict between the two that would feed his bitterness that prevented him from writing anything since finding success with his only novel. He encounters old friends, new people, some rowdy locals and a love interest, all in a picturesque small island town that I can only assume was filmed in the gorgeous woods of British Columbia. (In fact, the only discussion thread on IMDb for this film is regarding the filming location, which seems to be unconfirmed but most likely Fort Langley).

The locals are accommodating, but a bit taken aback by our protagonist’s harsh exterior. They all loved his uncle, so why does he hate him so much? The mystery is quickly unraveled later in the film as the main story progresses, involving a wealthy entrepreneur that’s buying up land all over the island with plans to turn this peaceful gem in the mountains into a resort town.

Our writer friend grows as he becomes closer to the townspeople, and is forced to face the demons that have haunted him for years. It’s a rather predictable affair, but that’s not a knock against it. No, the film rides a balance of being intriguing yet inoffensive to the point where I think anyone could get something out of it. It’s not too long, not too short, the acting is adequate, and the characters charming enough that sitting through the movie (while skipping commercial breaks) was a nice way to spend a quiet evening with family.

The film has some basic, important lessons to present, and it does so admirably. It’s a reminder of the range that our craft is capable of. Not every film has to be a subversion on our senses; they don’t always have to be epic in nature, nor do they have to thrill us with constant plot-twists. Sometimes simplicity is all you need, and with that, I found this movie incredibly comfortable and rewarding.