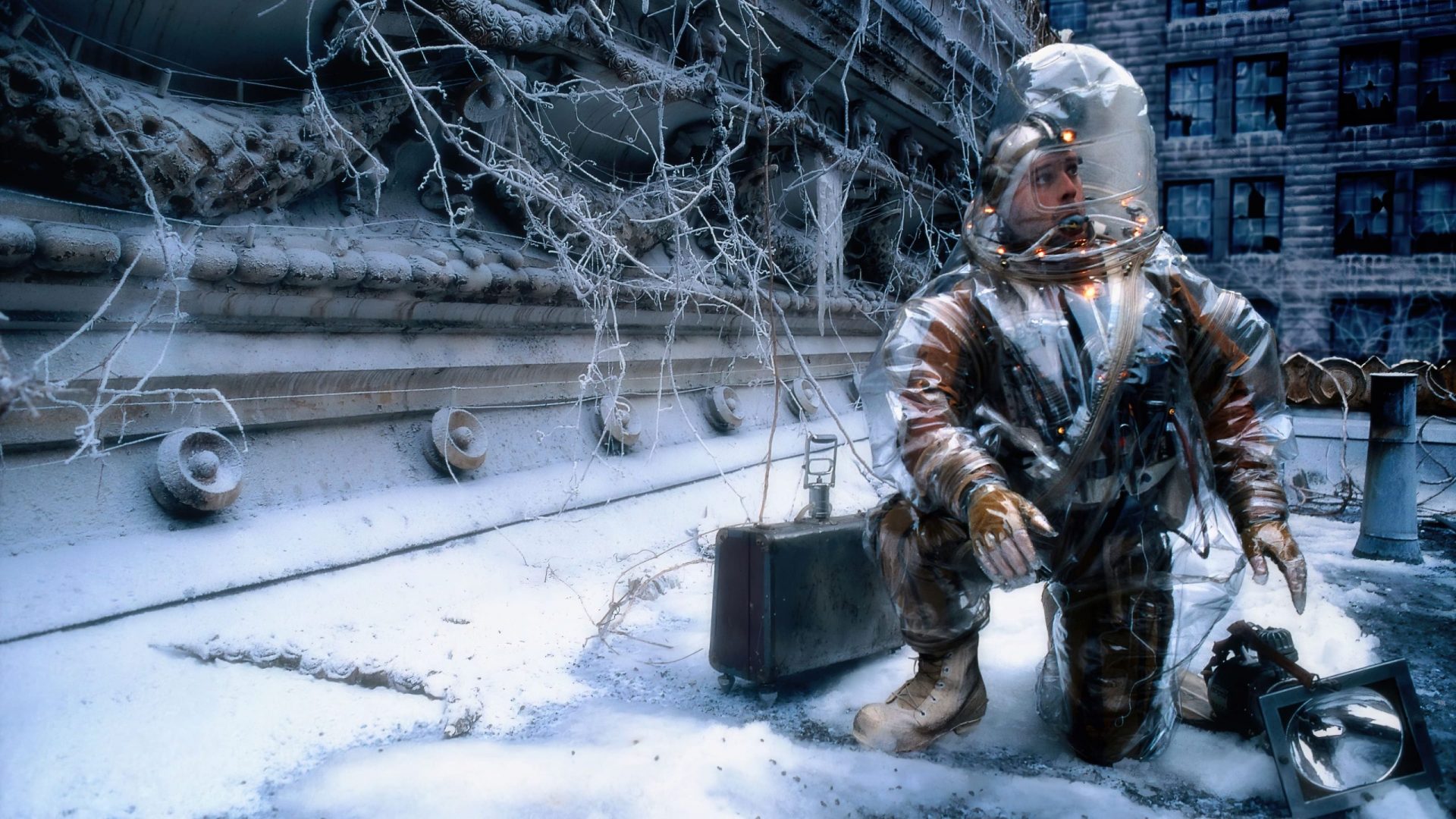 Almost since the beginning, Terry Gilliam has been a mainstay in my movie collection, and my DVD copy of 12 Monkeys has been around since university. It easily claimed a spot on the list of Essential Cinema that my friends and I hashed out over countless drunken nights and weekend marathon gaming sessions of SSX Tricky. So I was super stoked to upgrade to the Arrow release of 12 Monkeys a couple weeks back when Ryebone and I made our annual pilgrimage to FAN EXPO, it being a staple of my cinematic diet for so long.

And also a little sad.

Not at the superior visual and audio quality of the new Blu-ray version, which is awesome, but at the replacement of the specific DVD copy that has been a part of my life, literally for decades now. For some, sentimentality over a particular copy of a particular movie that was mass-produced around the world may be difficult to grasp. It’s the same basic drive that fuels all sentimental connections, I suppose; that particular thing is associated in one’s brain with another thing that occurred in temporal proximity as that brain tries to make sense of all this data. With 12 Monkeys it’s not as visceral as some other films–I remember I bought it at the local CD Plus back when that chain still existed in Canada–but I can’t narrow down the exact time. But I still remember that in my budding collection of maybe a couple of dozen films, 12 Monkeys made that early cut of essential films I had to have at my fingertips at all times.

Rewatching it, I realized that it had actually been a few years since I’d popped my old copy into the old DVD player. More than a few years actually. Now, with a collection sitting at just north of 1,200 movies on various formats, it’s a practical concern; there literally just isn’t as much time to revisit the same films over and over again. Maybe that’s why some movies from my youth seem to  be so ingrained in my consciousness; in a world before Netflix and a reliable high-speed connection, viewing was limited to what we could watch in the theatre and what we had in our home video collections. I watched the same movies over and over again because I just didn’t have the choice I do now, what with an adult’s disposable income and an Internet connection that would have made 1990s Bill Gates salivate uncontrollably.

12 Monkeys is one of those films that definitely holds up over time, though. All of the reasons that I included it as one of the original cornerstones of my own personal library are still as evident today as they were back then. Amazing direction and requisite eccentricities of Terry Gilliam? Check. Masterclass acting from the likes of Bruce Willis, Brad Pitt, and Madeleine Stowe? Memorable visual design that evoked and/or downright imitated (in the best possible way) Gilliam’s earlier work, Brazil? Check. A well-crafted time travel story that maintained its own internal logic? Check and check.

Everything about 12 Monkeys fires on all pistons. It’s a prime example of Gilliam’s ability to weave his own, twisted sensibilities into a narrative while at the same time keeping it tightly paced and thematically focused. There isn’t a single wasted frame or line of dialogue in this movie; each element is as razor-focused and intricately designed to keep the plot moving forward just as surely as time eventually catches up to the protagonists of the movie. The Arrow release of 12 Monkeys gives it the treatment it deserves, and this is a must-have for fans of Terry Gilliam or time travel films, either of which is a good excuse to out and pick this baby up.