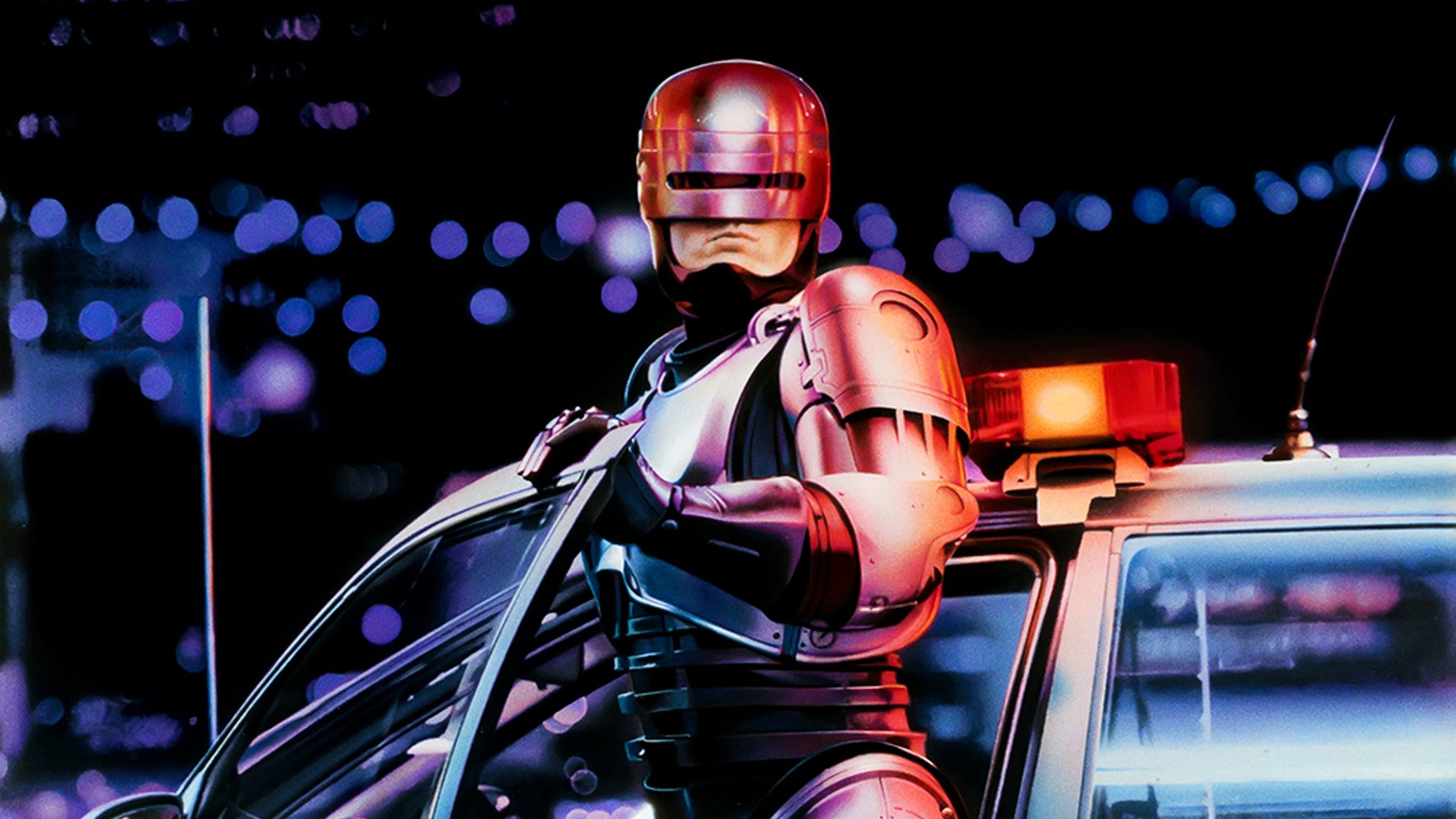 Robocop will always hold a special place for me in the hallowed halls of cinema. Not only is it one of my favourite movies from one of my favourite directors, it was also one of the first R-rated films I ever saw. Watching in wide-eyed fascination as a mutilated, reconstructed cyborg shot a rapist criminal in the dick to save a hostage was what Obi-Wan Kenobi might have called my first step into a larger world. Paul Verhoeven’s social satire laced with a touch of religious allegory immediately caught my attention captured my imagination and caused this tingling sensation down in the depths of me. In short, I was hooked almost immediately, and over the years, my appreciation for and enjoyment of Robocop has only grown. So when the good folks over at Arrow announced a new release of this iconic action/sci-fi masterpiece, I knew instantly that my wallet was going to get a little lighter.

For me, this was the year of Arrow. Criterion is still the king of the boutique labels, and for good reason; they’ve set the standard for quality releases of significant films both on and off the beaten trail. Arrow, though, has made a name for itself with quality releases of films that Criterion likely wouldn’t ever release (or ever release again; I’ve still also got my Criterion DVD of Robocop). Arrow’s focus on horror and cult movies feels like it complements Criterion’s specialization in more arthouse fare pretty well. In fact, for the most part, a lot of the boutique movie labels/distributors seem to work well in concert, carving out their own niches, with a little friendly overlap, like Arrow and Scream Factory in the horror genre, for instance. As a consumer, I get the sense that even though these businesses are technically competitors, there seems to be unity overall guided by a shared love of cinema. (Except for Twilight Time, who can go screw themselves with their incredibly limited releases. I’ve never forgiven them for forever denying me access to a high def version of Enemy Mine, and I never will.) Arrow seems to have made a concerted effort to grow their brand by focusing on the quality of their release, which in my mind puts them up there in the same league as Criterion, setting a clear example as an industry leader.

It’s not just that Arrow will release a film like Robocop with restored 4k picture and sound to match. It’s not just that they’ll include multiple cuts of the film and enough special features that it will take a month just to get through everything for this single movie alone. It’s that they’ll go the extra mile with things like packaging and booklets and posters, the kind of thing that collectors really enjoy. Arrow recognizes that collectors of physical media are in it for more than just the highest quality picture and sound available; we also want something that looks great on display, something just as pleasing to hold in your hands as to pop in the player. The Arrow release of Robocop is the one that the film, and the fans, deserve. It also feels like these releases aren’t just being facilitated for fans, but also by fans, and that love of cinema definitely comes through. For any fellow fans of Robocop out there, Arrow’s collector edition looks to be the definitive release, and if you can get your hands on a copy, I highly recommend you do so.