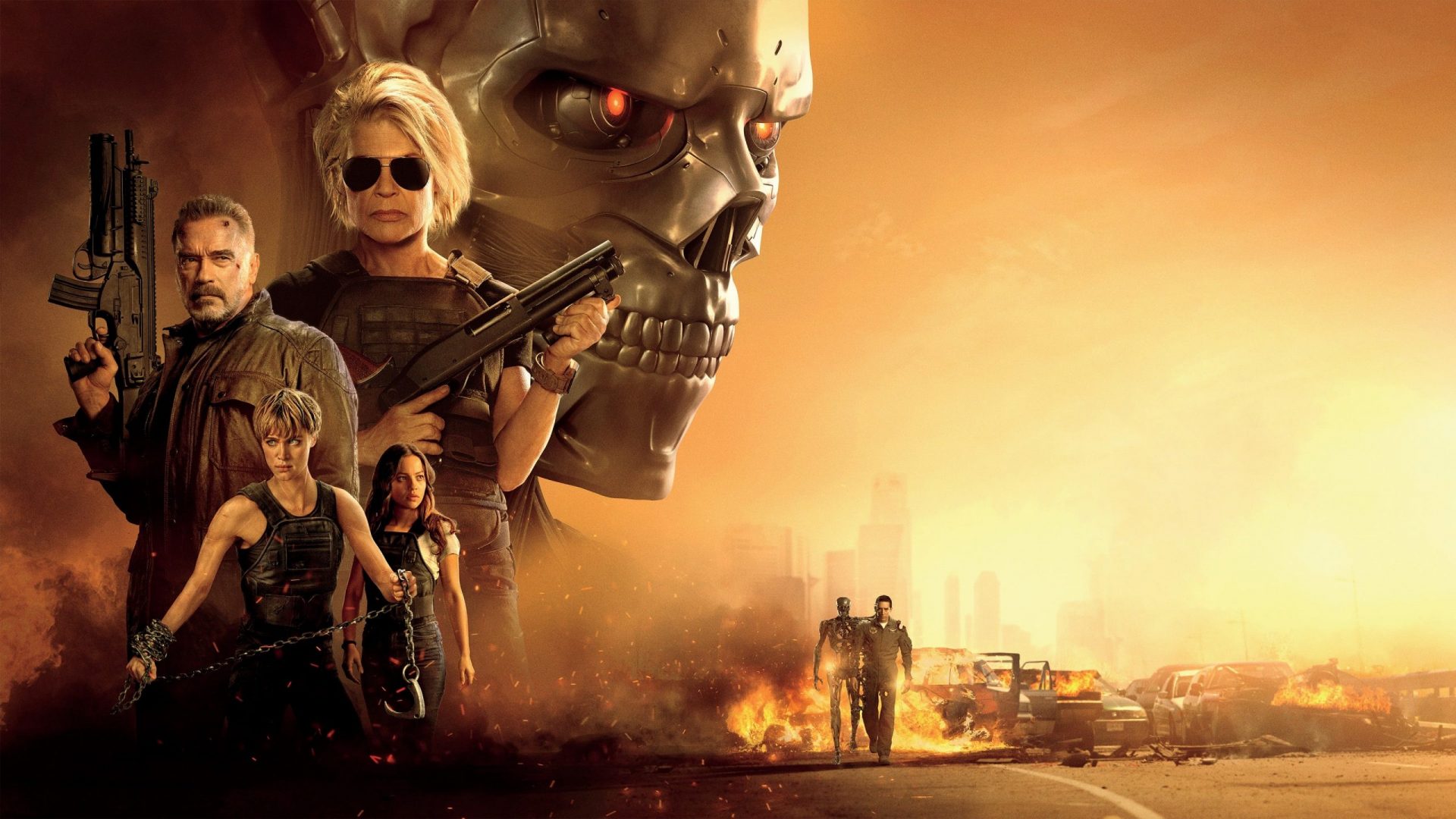 Terminator: Dark Fate is another in a long line of belated Terminator sequels that I will have to try to actively forget. In this case, it shouldn’t be too hard. Terminator: Dark Fate was an utterly forgettable film, but at least it wasn’t aggressively bad like the previous entry in the series, Terminator: Genyisys. (I still die a little inside whenever I read that title). Why are studios still subjecting us to these sequels? And perhaps more importantly, why are audiences still subjecting themselves? The obvious answer is that because the original Terminator is an iconic sci-fi film and Terminator 2: Judgement Day is widely regarded as one of the greatest (if not the greatest) action movies of all time, they set the bar so high and piqued our interest so much, that we’re willing to risk laying down our hard-earned cash for utter garbage just for the slim chance to chase that high again.

And like most junkies, Terminator fans still haven’t learned our lesson. For some insane reason, despite all obvious evidence to the contrary, I had incredibly high hopes going into Dark Fate. Alas, any hope I had was wiped out quicker and more thoroughly than humanity in a thermo-nuclear war launched by a rogue AI. We’ve had a mixed bag when its come to decades-later sequels. For every Blade Runner 2049 there seems to be a A Good Day to Die Hard. But with Dark Fate, they got the band back together. Arnold Schwarzenegger and Linda Hamilton reprising their roles as an unstoppable killing machine and Sarah Connor, a waitress turned commando, respectively. James Cameron back to… produce. Well, that’s something, I guess. It was a direct sequel to Terminator 2, ignoring or retconning (as all the cool kids are saying these days) all of the other Terminator films that came before it save the first two, if not out of existence, then at least out of the canon. Then, right out of the gate, Dark Fate tries to pull an Alien 3 opening, failing to do so, and setting the stage for disappointment right there. Don’t promise me the long-awaited return of Edward Furlong as John Conner, for that kind of nonsense. Alien 3‘s decision to kill off main characters from the previous film rather unceremoniously still doesn’t sit right with me, but I can appreciate what David Fincher was trying to achieve in the context of the story, and it made sense. Dark Fate‘s similarly dark opening just felt cheap by comparison. I’ve felt cleaner after leaving a Russian brothel than I felt after watching that opening.

Then it’s all kind of a tired stumble to the finish line from there. Dark Fate is exactly the kind of rehash of all of the plot beats from Terminator and Terminator 2 that does absolutely nothing to excite or engage the audience with anything new. You have the new Sarah/John Conner, Dani Ramos (Natalia Reyes), a character blander than raw oatmeal, who’s given nothing interesting to do. She has a rushed character arc that’s only really hinted at in flashbacks / flashforwards, and has the amazing gift to make the exact decisions the script needs her to make, regardless of the plot, her interaction with other characters, or the movie’s own internal logic. This time the warrior sent back in time to protect Dani is a cybernetically enhanced super soldier from the future named (of course) Grace (Mackenzie Davis).

I do feel kind of bad for Davis here, because not only does she do a great job, but Dark Fate should have been her movie. She, at least, had a hint of an interesting background, and the movie could have explored the idea of the resistance in the future literally sacrificing their humanity to win the war against the machines. It would have been a great way to enter into dialogue with Terminator 2; there we had a machine who was learning to become more human, and here we could have had a human who was at risk of becoming a machine (both literally and metaphorically). Thematically, that would have been a great way to continue the themes from the first two films in an intelligent, thoughtful manner. Then, they could have scrapped the same old, tired protection mission and have something different, like a search and destroy mission to disrupt Skynet’s plans in some way, for instance. Sorry, I meant to say Legion. You know, the other sentient AI that launched an all-out assault and genocide against humanity after Skynet was destroyed, because I guess, somebody has to? Again, there seemed to be no thought at all put into why things are happening other than the script needed them to happen. Skynet was destroyed? Oh, that’s an easy fix, ctrl+F and replace all instances of “Skynet” with “Legion.” Problem solved.

I also felt bad for Gabriel Luna who played the new terminator model, the Rev9 (again, just find and replace T-1000 with Rev9 in the script template, no muss, no fuss), because he deserved to be in a much better movie. The Rev9’s abilities were neat, but again it was just a rehash of the T-1000, only now it really doesn’t make sense how it can morph into different people when it has a rigid endoskeleton.

But I’m not going to nitpick the physics of a shape-shifting, time-travelling murder-bot in a movie built entirely around the premise that such a thing exists. I just found myself wishing the whole time that director Tim Miller would put Schwarzenegger and Hamilton to better use, as this was likely the last time they would be reprising these iconic roles, and they were in rare form. Hamilton is great as the grizzled, old version of Sarah Conner, and you could tell that Schwarzenegger is having a blast playing a reformed (don’t ask) T-800 named Carl. Hell, there are even some genuinely funny moments as the protagonists interact with old Carl. It felt like Miller had great ideas for the re-introduction of these characters, but no idea what to do with them after that. Sarah Connor especially seems like she had great motivation, and she kicks a bunch of ass, but it really feels like neither the director nor the writers had any idea what to do with her within the context of the new story. In fact, Dark Fate literally goes out of its way to tell us that Sarah Conner is now irrelevant. Great. So why is she still a main character, if she’s literally irrelevant to the story now?

The truth is, no element in Terminator: Dark Fate felt like it was there other than because it had to be to go through the motions. The Terminator franchise has become this strange parody of itself now, where it’s caught in a loop doing the same thing over and over and over again, with no reprieve in site and no sense of hope for something better, like some dark meta-parody of the ending of Terminator 2. Even the title Dark Fate seems to be mocking the audience, like somehow we deserve this kind of tired, unimaginative film. The ultimate disappointment of Terminator: Dark Fate seems to be that it erased one Terminator film too few from the timeline. I won’t lose any sleep over the disappointment of Terminator: Dark Fate, though, because there is one shining ray of hope. Because if a movie–a Terminator film–can retcon all of its own terrible previous entries out of canon, then maybe we can too.