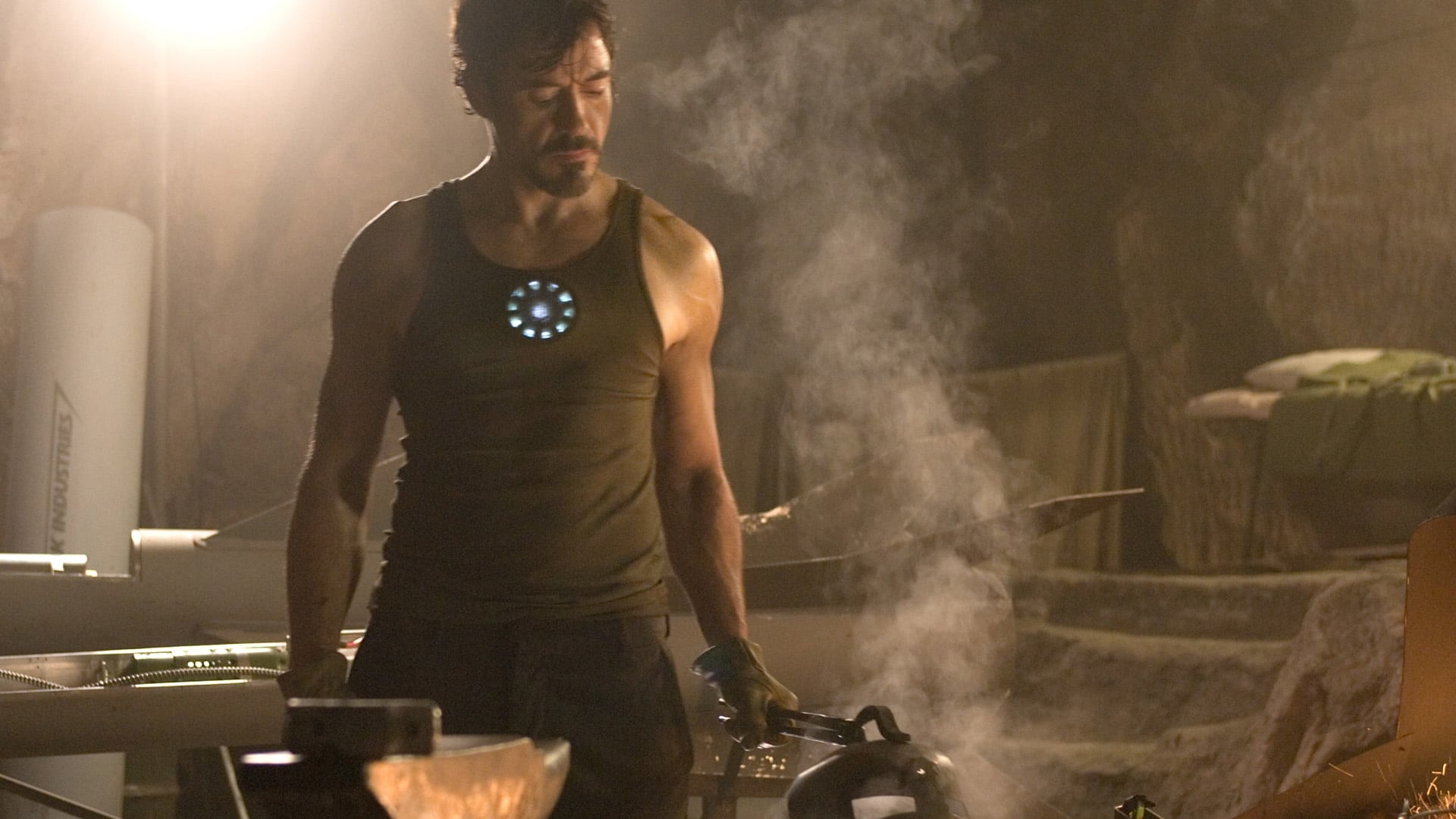 What better way to start a new series of posts about Marvel movies than the film that launched an entire cinematic universe and arguably changed the landscape of the modern blockbuster. That film is 2008’s Iron Man, starring a pretty stellar cast led by Robert Downey Jr, Jeff Bridges, Gwyneth Paltrow and Terrance Howard all directed by Jon Favreau in one of the best superhero origin films we’ve ever seen. While you can credit the film for launching the Marvel Cinematic Universe, the film doesn’t focus on that future groundwork and is stronger for it. I can’t imagine that idea being anything but a dream at that point with just a tiny sprinkling of this universe building present in the movie (and of course the juicy post-credits scene). Instead, the film excels because it’s so tightly focused on giving us a grounded origin of an iconic, interesting character and utilizing the talented crew and actors to provide a film with broad appeal that executes blending together an incredible concoction of action, humour and drama.

It’s impossible to revisit Iron Man twelve years later and not think of it in terms of the beginning of a twenty three film series that culminated in one of the biggest films ever, and marking a change of an entire industry, for better or worse. Remembering the theatre experience all those years ago makes me feel akin to a grizzled veteran, and somewhat shameful that the biggest thing I took away from the experience might have been the out of focus projection. I had written about the experience on an old webpage of mine (link here) and noted that I was happy with the film but not excited for it, like I had been for previous Marvel movies like Spider-Man or X-Men. You could probably attribute that to my previous passion for those two properties from my comic collecting days; Iron Man and anything Avengers rarely found a place in the long boxes. We had been burned by a few Marvel movies already, including two less-than-stellar Fantastic Four films, an odd Ghost Rider film and an ill-received Spider-Man 3, among other entries including The Punisher. With the bar set relatively low, Iron Man didn’t have to do things well, it just had to avoid being a disaster.

Fortunately, Iron Man can stand on its own and is an overall great film, if not, one of the best superhero films.

It’s unfortunate that I’ve very much struggled with finding anything interesting to say about Iron Man that hasn’t been said already. You know the plot: Tony is kidnapped by terrorists who want him to build weapons, and instead chooses to build the first iteration Iron Man suit then proceeds to try and change his lifestyle. As the heir to his father’s company, Tony is an arrogant, selfish playboy who plays by his own rules as he revels in spotlight of celebrity and his ordeal allows Tony to get up close to the atrocities that his company’s weapons bring in the world. The event changes his outlook on life immediately, and what I like is how quickly things go south for him. His continued arrogance is masked in a veil of “doing the right thing” but his newcomer status in the world stage makes him blind to his most trusted business partner’s secret plans, and the superhero work don’t go without consequences. While it’s not reasonable to expect a full change in character, Tony does grow for the better and there is a satisfying arc within the film: the sequels and appearances within the next twenty MCU entries will ultimately see Tony come full circle into a selfless hero.

Everything about the film clicks into place perfectly as the actors dazzle on screen with great chemistry in well written scenes of drama, comedy and action. The passion of the crew and production shine through on multiple levels, creating an unparalleled experience that would launch a whole new era of serialized storytelling in a movie format that was once limited to either a few entries in a movie series or the confines of television. While it may not be considered the best superhero film (I would hate to rank those anyway) it could be argued this is the most important; Iron Man came at a time when Marvel’s properties were being mishandled and the superhero genre seemed in jeopardy, with box office failures and critically panned entries coming out year after year. This film would put so many others to shame, and for better or worse, become the template for the genre moving forward.