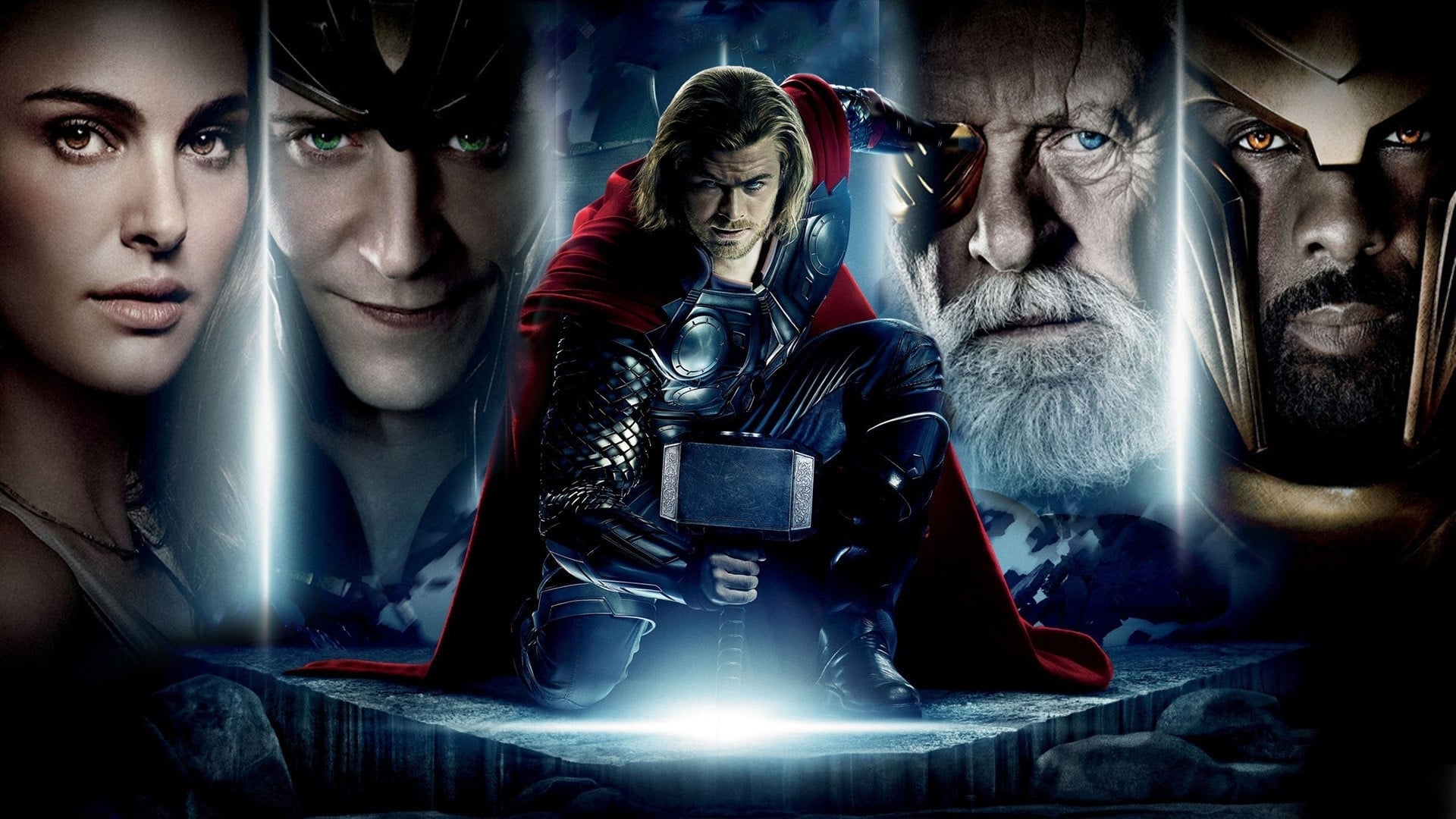 With some in-movie references to Agent Coulson needing to go to New Mexico to investigate a new phenomenon paired with a stinger at the end of Iron Man 2, Thor would become one of the mostly hotly anticipated superhero films as we dove head first into a new decade. Although only three movies deep, Marvel was quickly adept at picking up a pace and showing us that these movies weren’t going to be standalone outings; I would say (without fact checking) that Iron Man 2 introduced the “next event/movie” stinger, which would pave the way for a formula of mid and end credits scenes that ensured everyone was glued to their seats for as long as possible. I remember some early screen tests showing up as well highlighting some of the costumes from the film and everyone looking suspiciously at one another with the fear that these were a tad bit ridiculous. All fears were quickly put aside as the comic book demigods appeared on screen in colourful grandeur and spectacle. We were in for a ride and would not be disappointed.

In revisiting Thor, I was shocked at how good the movie was and how it’s stood the test of time (although 2011 doesn’t seem that far away, we’ve had twenty MCU movies since and I find the whole thing bewildering). It was a fine movie at the time but didn’t seem especially memorable and I wonder if it’s because I focused and dismissed too much of the latter part of the film, which had echoes of a fish out of water comedy. The film starts out with spectacular action and visuals, as we delve quickly into the living embodiment of legendary North mythology; Asgard is appropriately otherworldly, surreal, and magnificent. Kenneth Branaugh can balance these legendary characters and frame these omnipotent gods with familiar elements of human emotions and motives and while the story is simple, it’s remarkably consistent and reliable.

I really appreciated Loki as the villain more so in this revisit, as he is absolutely at his manipulative best working effectively off and on-screen with such subtlety that I could understand some his actions being a bit lost on me the first time around. While he remains a strong villain as the series progresses – and I say this without watching these films in quite a while – I feel that he becomes simpler and falls victim to comic relief as the punching bag for the Avengers, and quite literally in the finale of the first team film where Hulk smashes him repeatedly into the floor for a laugh. While it’s not all serious in Thor, it’s easy to see the tragedy and hints at darker origins.

The latter half of the film, after Thor is banished to Earth, feels a bit off in its pacing and not quite the highlight of the film as I originally regarded it. The setting stands in stark visual contrast to Thor’s homeworld, which may have been on purpose to signify Thor’s mortality and how estranged he’s become from the values his father requires. I also find it odd that he’s somewhat arrogant and full of smiles upon first arrival: he’s just been through a heated, emotional fight with his father, but it’s not until he realizes that he lacks the worthiness to pick up Mjolner does he realize the gravity of the situation. The film doesn’t afford him much time to reflect before Loki hits him with news that their father has passed, and it’s a quick ride toward the climax. There’s some proper character development but I get the sense he’s not fully there, and I forget if they continue the thread that much in Dark World. While I spent some time on the complaint, I don’t find it detracts any significant sum from the overall film experience.