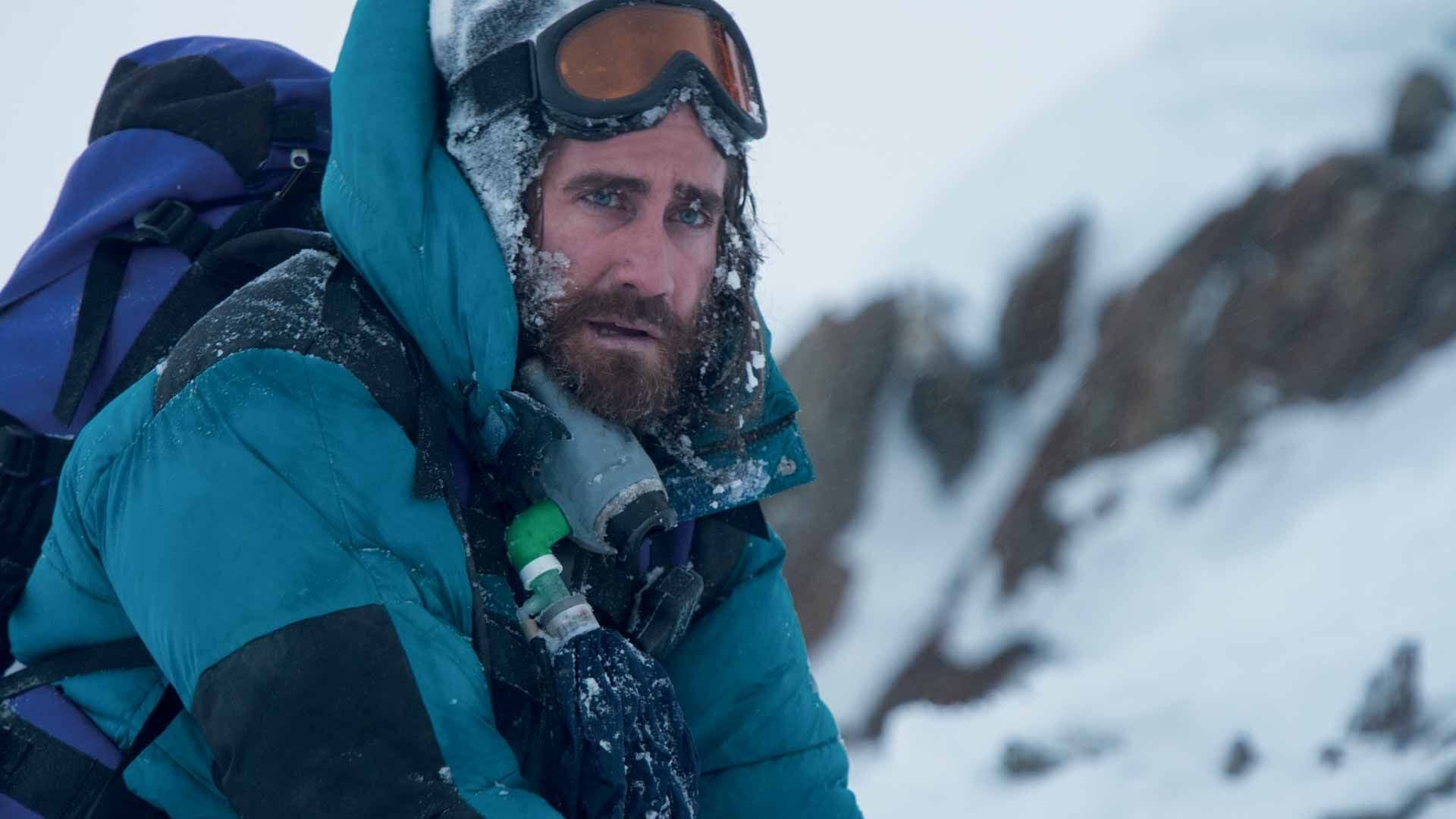 Everest wound up being an incredibly refreshing breath of cinematic fresh air I didn’t know I needed. After recently watching some pretty heavy films like Hereditary and Midsommar, Everest was exactly what I needed to clear my palate. It didn’t necessarily rise to the top of my all-time favourite movies, but there was something refreshingly earnest about its approach to the disaster movie genre. There were no explosions, natural disasters, evil corporations, or any human antagonists of any variety. Everest simply tells (or tells simply) the story of a disastrous expedition to the summit of the most famous mountain in the world, the highest point on earth at the top of Mount Everest. Up until things go completely sideways – which because this is based on a true story, the audience is expecting the other shoe to drop at some point – proceedings seem to be going quite swimmingly. Which tends to be the way things seem until they don’t, I suppose, and the movie does an excellent job at conveying this sense of normalcy. I hesitate to say Everest fosters a sense of complacency, because a huge part of conflict of the film comes from the well-intentioned though ultimately disastrous misprioritizing of other concerns over safety and not a disregard of safety entirely.

The movie does give a sense of how mundane the scaling of Mount Everest seems to have become, in the sense that climbing the famous mountain has been corporatized to a large extent, with a cottage industry of climbing/adventuring companies apparently regularly trekking to the peak with groups of climbers of varying degrees of experience. The impression I got from the movie was that Mount Everest had effectively been franchised and divvied up among these different companies to the point that I couldn’t help but immediately think of corporations like McDonalds or Starbucks. I was actually kind of surprised – and a little disappointed – that they didn’t at least flash a Starbucks coffee cup or a Big Mac wrapper just to really drive the point home. There was a clear thematic underpinning of the classic clash between the civilized and natural realms, shown through a clearly modern lens where the corporate, ultra-capitalistic gaze sees the world only in terms of what can be bought, sold, commoditized, and/or consumed. It’s not even necessarily that the small companies leading groups of tourists to the top of Mount Everest where directly part of that corporate culture, but that the programming from the corporate machine has worked its way into the social source code.

Ultimately, the conflict in Everest wasn’t driven by a lack of safety but a lack of respect for nature. In a refreshing turn, there was no real villain in the film, which sometimes film makers will add to stories based on actual events to try and shape the narrative into something that more resembles the blockbuster template audiences have come to expect. Even the portrayed lack of respect for the potential danger and power of the natural world is handled in a surprisingly nuanced way. The various climbing expeditions weren’t depicted as careless or lazy or greedy or arrogant. In fact, the film goes out of its way to show the myriad safety precautions, policies, and procedures put in place by all of the climbing teams. Everest could probably serve as an effective corporate safety training video highlighting the importance of operational safety.

There’s no one thing that goes wrong, but rather a series of small things leading to a literal and metaphorical perfect storm. Besides wasting time having to install a series of safety ropes for a particularly difficult section of the climb that were supposed to have been installed earlier, there was also a lot of disorganization and miscommunication among and between the groups of climbers. Perhaps the element that best illustrates what truly went wrong is with the story of climber Doug Hansen (John Hawkes), a postal worker who had previously climbed Mount Everest, but failed to reach the summit. As a blue collar worker, he didn’t have a lot of extra money to spend on such an expensive hobby; Rob Hall (Jason Clarke), the owner of the company leading Doug’s expedition, had even given him a discounted rate to help him achieve his dream on what will likely be his last attempt due to the expense (although it ends up being his last for other reasons). Doug struggles through a tough climb, and arrives close to the summit just as Rob is heading back with several others from the expedition. Rob tells Doug that despite his goal being within view, they have to turn back now to make it back to base camp before an impending and incredibly dangerous storm front hits.

Doug, understandably, pleads with Rob to let him reach the summit. Not out of arrogance, but because of the simple drive to realize his dream. At first Rob stands his ground, but his resolve quickly gives way to Doug’s passion. This simple decision ultimately leads to disaster for both of them, as the extra time it takes Rob to go back with Doug is enough to ensure that they end up in exactly the wrong place when the storm does hit.

There was no malice on the part of either Rob or Doug. It was a simple emotional plea that caused a momentary lapse of logic. The great thing about human beings is that we have the infinite capacity to talk ourselves into anything. Despite Rob knowing exactly how dangerous the situation was, and being a stickler for safety, he fell victim to one of the oldest follies there is: mistaking decisions based on emotional justification for their more rational counterparts. And we’ve all been there. It’s easy to disregard rules or procedures that are put in place to ensure our safety when they become inconvenient for us. But as Everest shows, the universe cares nothing of your intentions, good or ill. The reason it’s easy to to ignore perfectly logical rules when it becomes expedient to do so is because of another of the oldest follies there is: mistaking cause for effect. The reason that Rob felt so safe, and so in an emotional state that was more malleable and vulnerable to Doug’s pleas, was precisely because all of the safety protocols that he himself had implemented had been working.

Everest, while acting as an ode to the real people who lost their lives on Mount Everest on that spring day in 1996, also serves as a cautionary tale: we give in to emotional appeals at the risk of acting in spite of the facts and, potentially, in opposition to reality. Our emotions serve a valuable purpose, but that purpose is not to be a part of the process of making informed decisions in any way whatsoever.