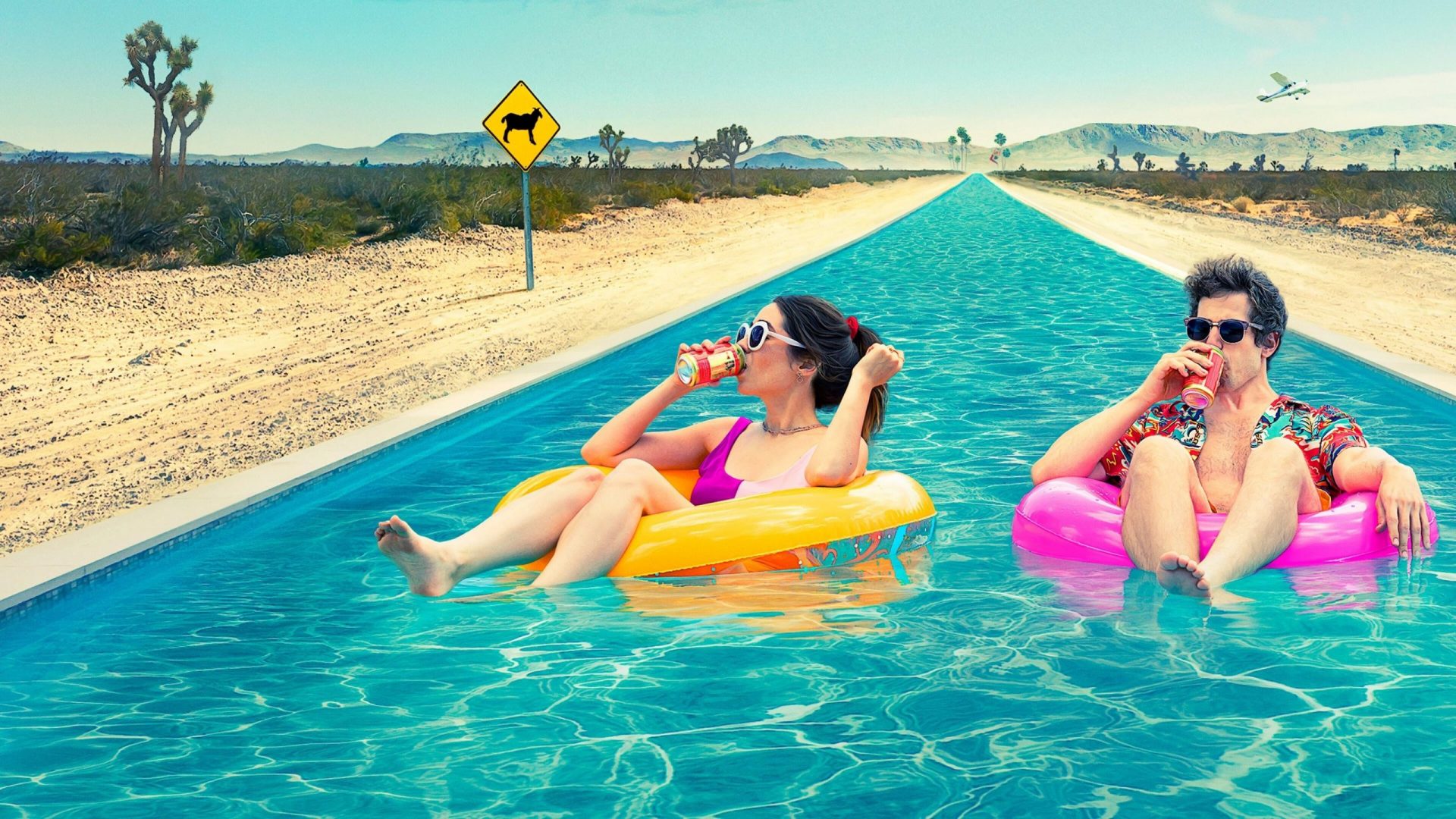 For someone who grew up idolizing Groundhog Day, I had a hefty built-in nostalgia-fueled skepticism of a modern time loop film that could do anything truly innovative or unique with the genre. Palm Springs upends my pessimistic attitude and blew me away: from the moment I saw the trailer a few weeks ago, through watching the film to the mid-credits stinger, I was completely hooked on this time defying romantic comedy. With a stellar script by Andy Siara, Palm Springs follows Nyles (Andy Samberg) and Sarah (Cristin Milioti) as they are seemingly stuck reliving the same day over, and over, and over again. While that seems like familiar territory, the film elevates itself above being a simple clone or rip-off with some fantastic characters and gigantic heart, as well as an acute self-awareness. Indeed, I felt like the film was speaking directly to me – a viewer who is well familiar with the Groundhog Day time loop trope – and indulging in all the meta-topics that friends would discuss about various ramifications of the time-loop mechanic that was established nearly thirty years later.

Such a good script wouldn’t have resulted in such an engaging film without the chemistry of the two leads, and I’m happy to see that Samberg and Milioti bounce off one another brilliantly. I’m liking Samberg in pretty much everything he does, which for some (unfair) reason surprises me with every turn. I restarted watching Saturday Night Live for The Lonely Island’s contributions, and I thoroughly enjoyed 2016’s Popstar. He’s proving himself as a dynamic comedic talent continuously with Brooklyn Nine-Nine. I fell in love with Milioti in The Wolf of Wall Street and her various appearances in great television like Fargo and the more recent Mythic Quest (and I guess How I Met Your Mother). It’s impossible to not get lost in those eyes. Their characters are interesting, layered and sympathetic. I would go into a few examples but wouldn’t want to spoil any moments of the film; it’s pretty short at just ninety minutes and with that kind of runtime, there’s very little waste to be seen on screen, which should make revisiting the film that much more appealing.

I’m very much looking forward to seeing what this group will bring next. 4.5 / 5