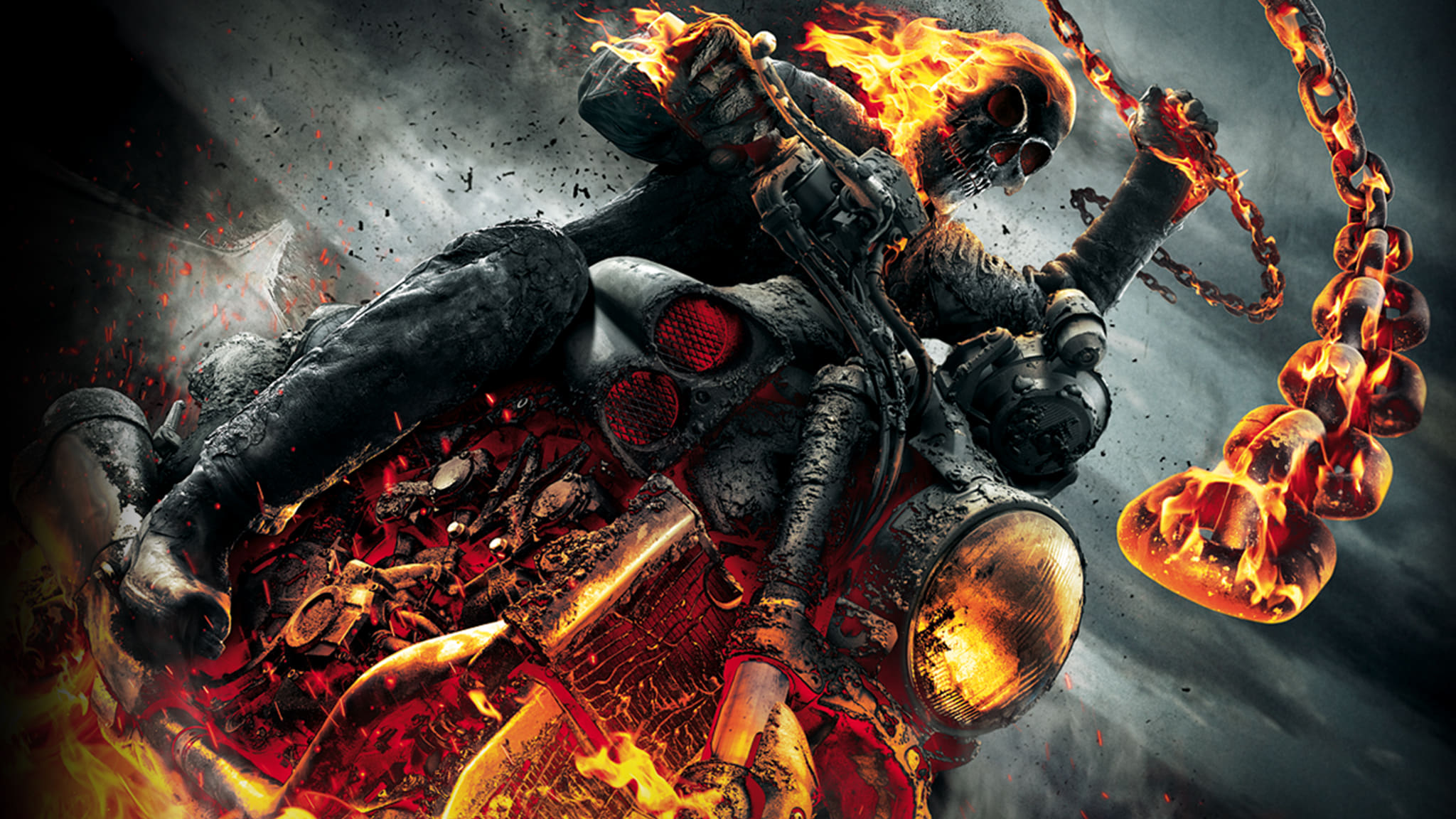 After a week of allowing Nicolas Cage’s maniacal performance as Johnny Blaze/Ghost Rider Spirit of Vengeance, I still find myself struggling to decide if this “sequel” is actually better or worse than the original film (also starring Cage) from 2007. There are certain elements to the film, including Idris Elba, a straightforward story and the grittier look of the Rider himself that push me in one direction, but then I think about the first film and how this followup really failed to grab me. It’s like this film is just a bit too generic, including that straightforward story – everything feels like it’s been done before. Most perplexing though, is trying to determine if Spirit of Vengeance is an actual sequel or not; would they reboot Ghost Rider after four short years? It seems they did.

Sprit of Vengeance establishes Johnny Blaze as continuing to struggle with his alter ego, Ghost Rider. He has very little control over the soul-searching supernatural skeleton, which I would have thought would be a little more within reach after the events of the first film. Indeed, it appears none of the characters (including his girlfriend) make it over to this film and – unless I missed it entirely – there is no mention of the previous events: in fact, we’re treated to a pretty snazzy animated origin story for Ghost Rider, which I actually have to put into “plus” category. The story is straightforward: the devil comes back with evil intentions for a young boy, and the task of rescuing this poor boy (and his mother) ultimately fall upon Ghost Rider. To the film’s credit, it makes sense: all the other Marvel movies have their heroes operating out of the USA, and Vengeance smartly places Johnny in Eastern Europe for a change in scenery, which I guess helps establish that yes, Johnny is truly trying to run from his abilities and hiding in a foreign land. Did anyone else see The Incredible Hulk?

I mentioned before that Ghost Rider himself looks gnarlier here, and I’m really digging it: he’s darker, his jacket is scorched, and his motorcycle is a behemoth of cylinders and fire. The film leans heavily into Rider’s ability to turn any vehicle he’s in into a fiery monstrosity, and that allows for at least one pretty thrilling scene where he takes over some giant mining equipment and proceeds to rip mayhem into the earth and a small army of bad guys. Ghost Rider’s other powers are put on display but not quite as nicely as the first outing: at times he’s stopped by a hail of gunfire, but then in the next scene is surviving direct missile impacts. His chains disintegrate opponents – which is a nice effect – but I feel like he should be using his penance stare more often to pass judgement before dispatching of these folks. It’s fine though: we know everyone is bad.

We’re treated to a new villain in Blackout, who is just sinister enough that it works for me: he loses to Ghost Rider in his human form and when given the powers of decay by the devil, his curiosity about Rider’s sheer existence is enough motivation to propel him forward, even if he’s just a pawn in the grander scheme. There’s some other stuff going on with Ghost Rider later on that I wasn’t certain about but am willing to accept, and the film’s protagonist echoes a beat from the original film – which I guess makes sense if the devil is simply trying to get power in the mortal realm, but ultimately none of it really matters. Spirit of Vengeance feels like a reboot of the Ghost Rider story, which is a bit off-putting but one that I’m willing to enjoy the ride on. There were also numerous times throughout the film that had me thinking Idris Elba would be a pretty solid Ghost Rider, so maybe we have that to look forward to in a future reboot.

After all this, I can’t imagine being indecisive about where this movie stands: Spirit of Vengeance is clearly superior to the original film, although not in every way: there is charm from the first film that is missing in this turn and I’m not sure Cage is showing up with his full enthusiasm and passion for the role. This leads us to a somewhat consistent and fun standout from the typical MCU films, and had me wishing for more entries in whatever kind of series they were building.