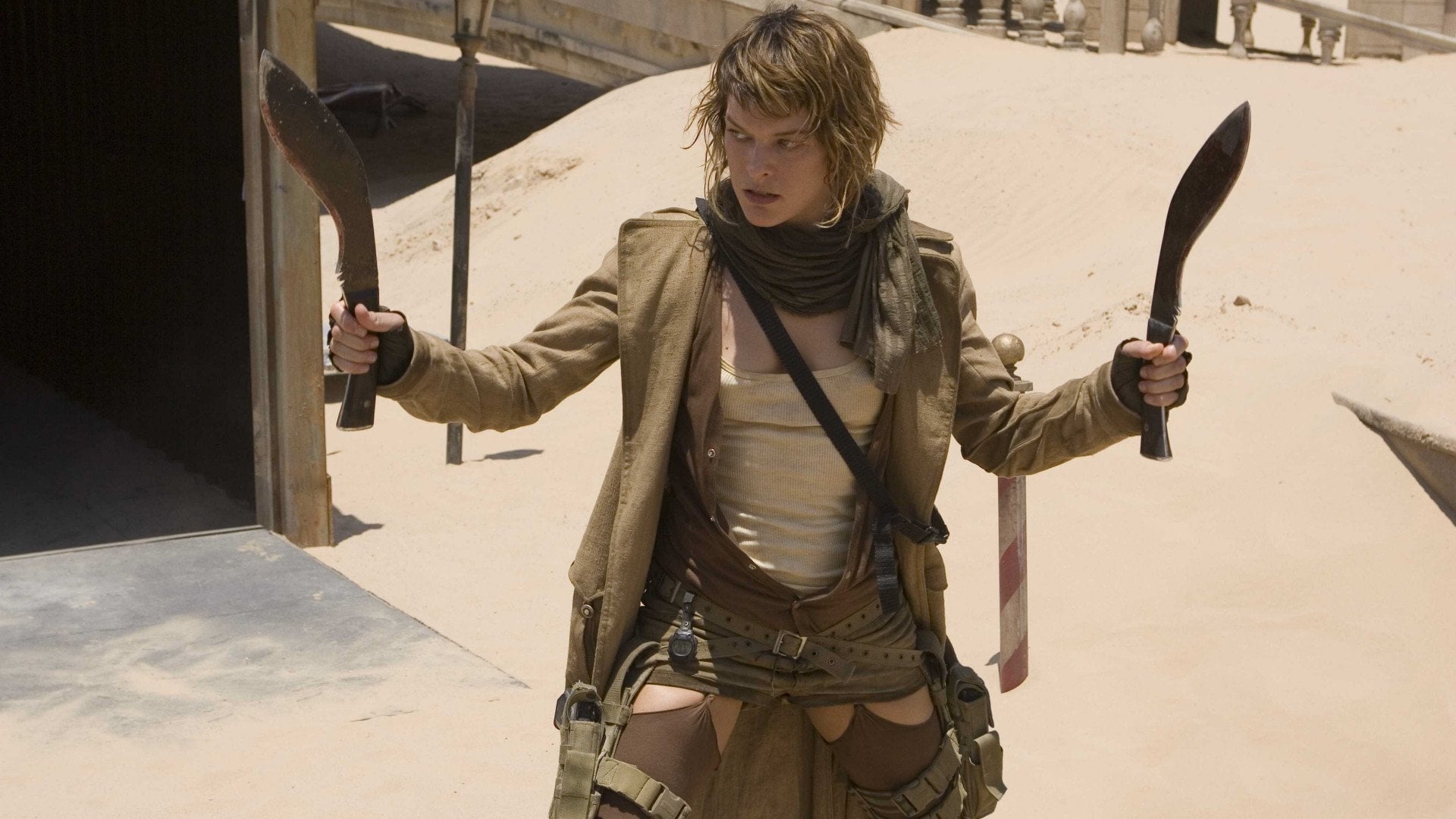 The third entry in the Resident Evil series surprised me with its quality and coherent, consistent story. I guess that’s not saying entirely too much as the bar was set a bit lower than I had thought in Apocalypse, which seemed to suffer from a seemingly necessary requirement to instill Alice’s continuing story into an adaptation of Resident Evil 3: Nemesis. Extinction moves entirely out on its own; although I recognize Claire Redfield’s name, I must assume that the planet becoming one vast desert strays far off the path of the video game series (it would seem to make Resident Evil 4, which I did play, impossible).

I did laugh at some of the silliness on screen here, but the film seems to embrace itself and is pushed forward with a determined Milla Jovovich and an over-the-top mad scientist played by Iain Glen in a lively performance. In a dip into Mad Max territory, Ali Larter’s Claire Redfield is leading a convoy of survivors in search of a safe refuge; the group is at the peril of the elements, including zombie birds and the Umbrella Corporation, who continue their melodramatic evil plans. The film clips along at a decent pace and I’m invested enough with Alice now that I overlook the silly idea that within five years, the entire planet is a wasteland: I would be surprised if this is reversed for the rest of the film series and that Paul WS Anderson just needed an excuse to put a decayed Las Vegas on screen. That being said, the setting actually works for me and the story of this film and I’m impressed that we’ve actually gotten a variety of settings in each entry. Starting with the first film’s claustrophobic halls and rooms, to the dark and grimy city blocks of Apocalypse, to now a bright, sunny wasteland. The finale lacks a bit of punch and is ultimately the most disappointing aspect for me, although I still find enjoyment on the series revisiting a major set-piece of the first film and more of Iain Glen’s Dr. Isaacs is never a bad thing. Hopefully the series continues to embrace itself but introduces some originality to the action and set pieces.