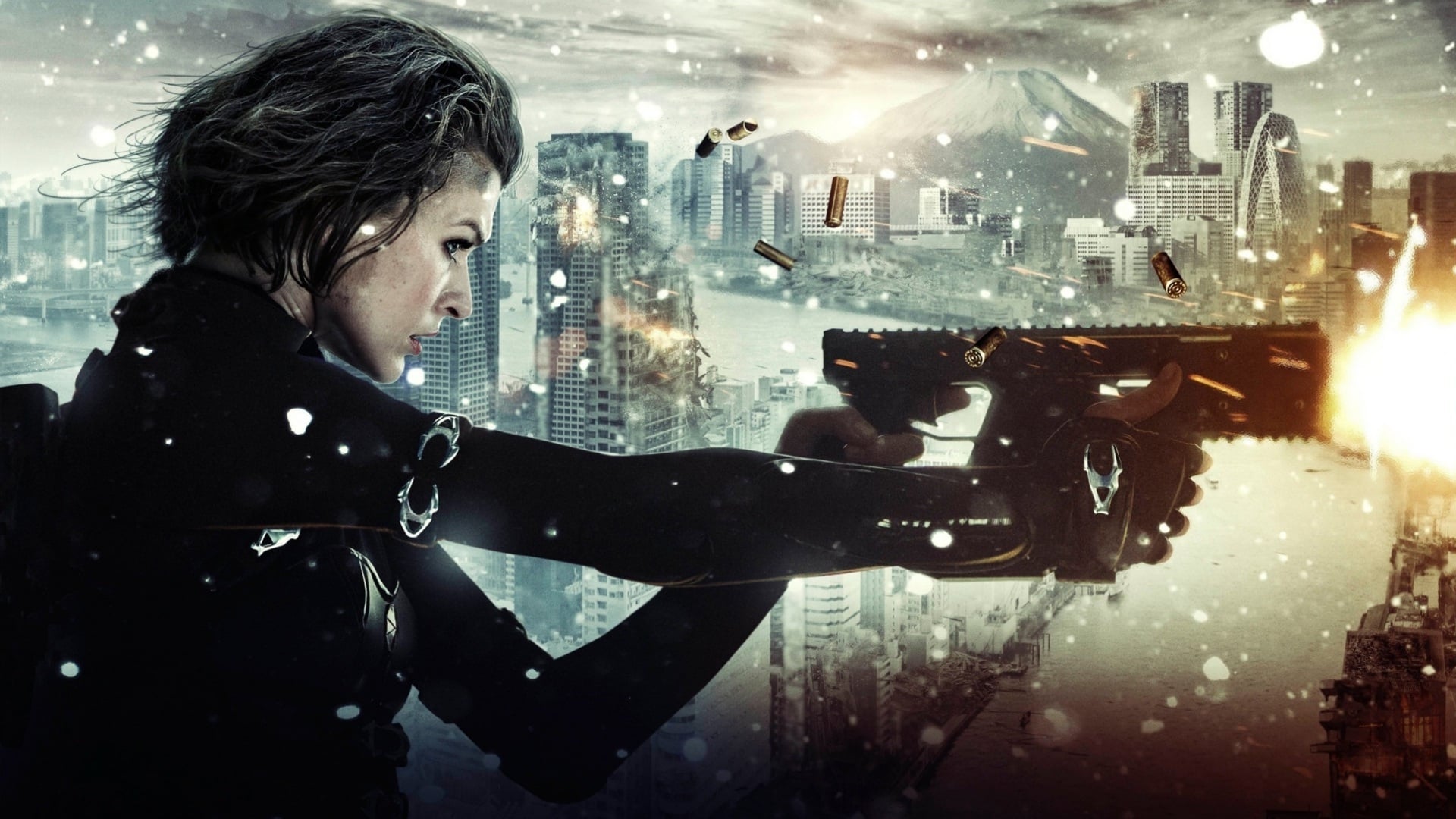 One thing that the Resident Evil series of films manages to do is end on a cliffhanger, then proceed to just zoom past those events in the next installment, like Paul WS Anderson had an idea of where the Project Alice storyline was going, but ultimately decided to change gears and speed off in another direction. Retribution does pick up where Afterlife left off, with a pretty nice sequence of special effects and action before it decides to do away with story and characters from the previous film, so we have at least a bit more coherence to start out with.

Retribution has Alice (Milla Jovovich) captured and in another underground Umbrella installment where she must battle not only the supercomputer Red Queen, but her old shoot-em-up pal Jill Valentine (clearly not in control and turned evil by the devices from the previous film). The film is bursting with characters from previous films and from the video game (of which I only really recognize Leon Kennedy and Ada Wong); I have to assume their characters are butchered much to the distaste of fans of the games as the ‘named’ characters don’t serve up much purpose other than to fulfill the action requirements of each set piece. We’re a long way off from the survival horror roots here.

While the enjoyable action sequences are the film’s best parts, I can’t fully swallow the complete lack of character development and the dry, basic story. At just ninety-five minutes though, things move along at a nice pace and seeing many returning faces was a pleasant surprise.