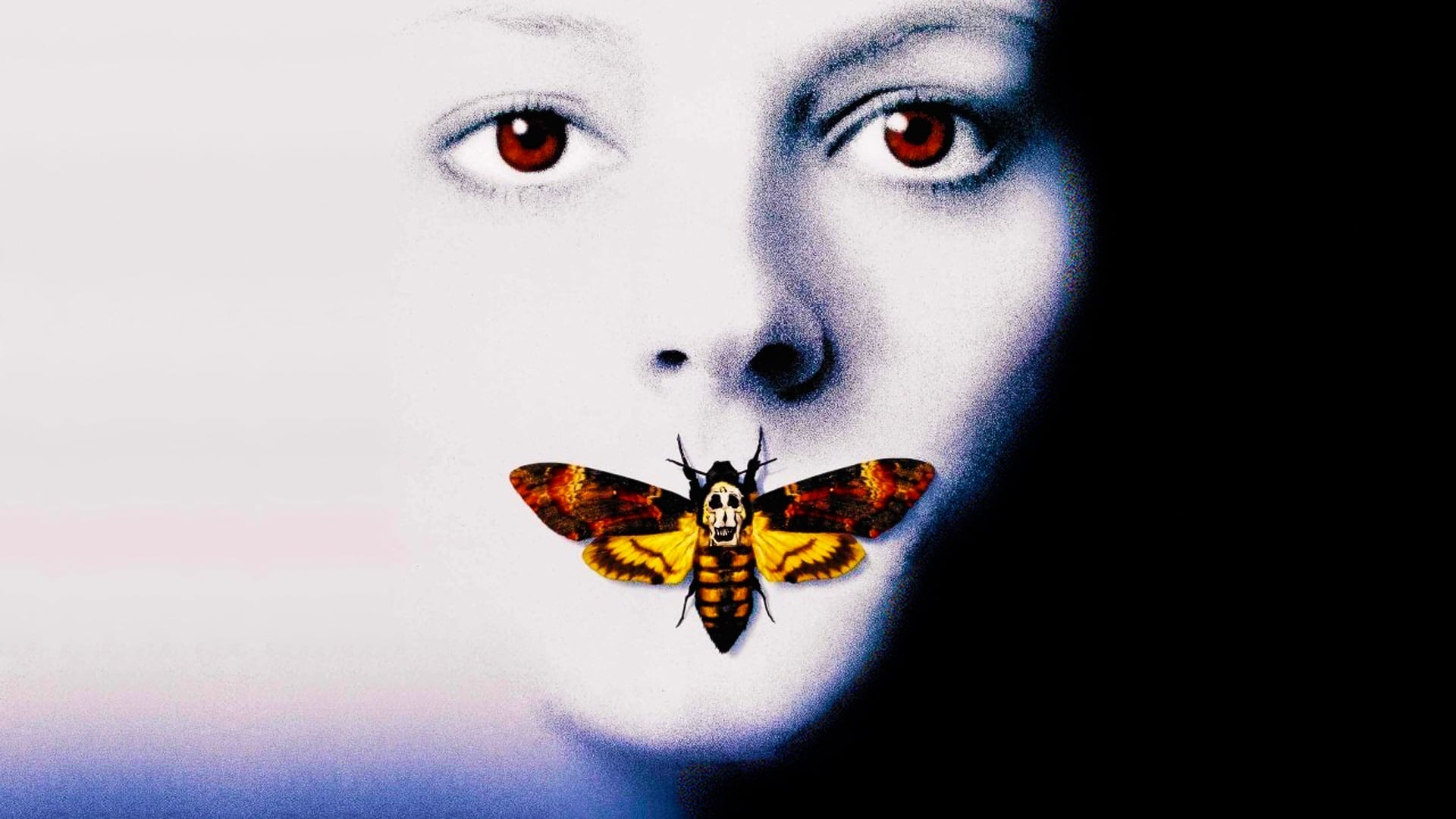 There’s a good reason why The Silence of the Lambs is widely regarded as one of the best horror/thrillers of all time, and that’s because it is. It’s one of those rare movies that was able to capture that lighting in a bottle, that rare confluence of puzzle pieces that meshed together perfectly to create a singular vision that left an indelible mark on film history. Everything from the writing to the casting to the editing to the set and costume design is so on point it could be used by a vicious serial killer as a murder weapon. The Silence of the Lambs has become one of the most iconic and most-parodied films of all time to the point where even people who have never seen the movie will understand the reference “Hello, Clarice” or instantly recognize Hannibal Lector’s famous face restraints. Director Jonathan Demme demonstrates a mastery of the source material that doesn’t lean so far into its conceits to be self-indulgent but at the same time doesn’t shy away from the more fantastical and macabre elements of the story.

The Silence of the Lambs features career-defining performances from Anthony Hopkins as Hannibal “The Cannibal” Lector, Jodie Foster as rookie FBI agent Clarice Starling, and Ted Levine as the serial killer known as Buffalo Bill. From the very first shot, the world the audience is sucked into is moody and brooding and doesn’t allow viewers to get comfortable for a second. Everything about the film is perfectly designed to make the viewer completely unsettled in the best possible way. The Silence of the Lambs does have its gory moments, to be sure, but the true horror of the film is the kind that lands less like the shock of a flash of lightning and more like the dampness that settles into your bones on a rainy day leaving you with a chill that you can’t shake and underwear you can’t dry.

Though none of its sequels or prequels gets anywhere close to capturing the magic of the original, it’s not hard to see where audience obsession with the character of Hannibal Lector came from. Anthony Hopkins is electrifying in the role, imbuing every scene he’s in with such quiet menace that you’re never quite certain whether he actually can reach out from his prison cell through the ether and drain the life from his victims with his words alone, until he actually does just that, as it’s revealed he talks a prisoner in the cell next to his into biting off and swallowing his own tongue. To Jonathan Demme’s credit, he knows exactly how to utilize the character of Hannibal Lector, with his role in the film as effective as it is sparing. Instead of being the focus of the film, Lector hangs like a spectre over all of the proceedings, haunting Clarice as she investigates the disappearance of another girl at the hands of the serial killer Buffalo Bill AKA Jame Gumb. Since this time the kidnapped victim is a senator’s daughter (a pre-Grey’s Anatomy Brooke Smith), the FBI is under increased pressure to put an end to the killing spree that has been targeting young women. Enter Clarice Starling, a cadet still in training at the FBI, hand-picked by Director Jack Crawford (Scott Glenn, before he trained Daredevil) to consult with Hannibal Lector to see if he can offer any insight into the mind of a fellow murderer that can help catch him.

Even though Hannibal Lector as portrayed by Anthony Hopkins is a show-stealer, Demme understood that with Lector, less is definitely more. In The Silence of the Lambs, Lector is like a twisted, dark universe version of Sherlock Holmes, a consulting psychopath instead of a consulting detective. It’s a testament both to Hopkins performance and Demme’s direction that a character that was onscreen for about 16 minutes out of the movie’s 118-minute runtime made such an impact in the movie and in the annals of pop culture history. The movie also clearly shows that, as compelling as the character is, he is not to be sympathized with. He’s a despicable, vicious, murdering psychopath who deserves not an ounce of sympathy from anybody. This clear definition of the character is one of the key elements that elevates The Silence of the Lambs above all of its sequels and prequels. Only the Hannibal TV show has ever managed to achieve (and maybe even surpass?) the same level of quality storytelling set in that particular universe. In this movie, he’s used to move the plot along, but it’s ultimately about Clarice Starling’s journey.

Clarice is established to be an outsider in every sense. She’s a woman in a man’s world, a rookie working alongside seasoned professionals who’ve paid their dues, and as innocent and earnest as Hannibal Lector is and predatory and cunning. Her outsider status is key to her journey in the film, which is ultimately about her search for belonging. This is Clarice’s key motivation throughout the film, which is what makes her interactions with Dr. Lector so dangerous. He’s constantly searching for weaknesses he can exploit, and he pinpoints hers easily, breaking down her reasons for joining the FBI so clearly she might as well have written them on giant cue cards for the good doctor to read. Clarice is clearly not fully equipped to deal with either Hannibal Lector or the Buffalo Bill case, which is made all the more clear through Foster’s amazing performance, expertly balancing the strength and vulnerability of the character, and through the visual composition of the film itself.

There’s a scene early on where Clarice and Jack Crawford drive out to examine the body of one of Buffalo Bill’s victims, and she’s left alone briefly in a room with a bunch of local cops. The way this scene is shot, with the police officers – all men- surrounding and towering over Clarice makes her seem nearly childlike in stature, and it sums up her predicament and many of the movie’s themes perfectly. I don’t think it’s a coincidence that a movie about a serial killer specifically targeting women and treating them as literal objects – merely pieces of walking flesh-cloth that he needs to harvest to sew together woman suit for himself – also spends so much time exploring the more commonplace sexual objectification that women are faced with on a daily basis. I think that there’s clearly meant to be a thematic connection between a female protagonist who has to face constant sexual advances of men she meets in nearly every social interaction and endure the tragically banal collection of little misogynies that women are forced to endure on a daily basis and the female victims of a serial killer who dehumanizes women so utterly, he cuts out the pieces of them he needs, and then discards the rest he doesn’t want like so much takeout from Taco Bell. Though the challenges that women face that are highlighted throughout The Silence of the Lambs range from the troublingly mundane to the overtly violent, the overall message is clear; these are not disconnected phenomenon. Agent Clarice Starling overcomes countless obstacles and, in the end, is able to track down and vanquish Buffalo Bill, but it was all an uphill battle as she tried to work within a system that consistently belittled her and objectified her based on her gender. It makes one wonder how much sooner Ms. Starling would have been able to track down and apprehend (or because it’s a movie, gun down violently) Buffalo Bill if she didn’t have to constantly waste time turning down the advances of have the men she interacted with and was treated as an equal among her colleagues.

It’s also noteworthy how closely Clarice’s motivation is to Buffalo Bill’s own. Of course, Buffalo Bill is a violent, murdering psychopath with complete disregard for human life or fashion sense, but he’s ultimately looking for some sense of belonging, some kind of validation for his identity. Clarice is shown to have to constantly scrape and claw for every inch of progress she makes, but she ultimately remains undeterred, and through hard work and courage, ultimately achieves her goal of becoming a fully fledged FBI agent. Buffalo Bill, on the other hand, resorts to drastic measures when he can’t make headway in his own life. Instead of pushing forward, he literally tries to create a new identity for himself, destroying the lives of innocent young women to remake himself into a twisted creation of his own sick mind. Thematically and narratively this is just plain, old-fashioned good storytelling; the hero and the villain in The Silence of the Lambs are essentially mirror images of each other, providing another level of subtext woven throughout the movie that is part of what makes it so compelling.

The Silence of the Lambs is a landmark film that has (so far) stood the test of time, and become a staple of “Top 10” movie lists the world over, and for good reason. It’s also one of those rare beasts; a genuine horror film that also garnered mainstream buzz and acclaim. It unquestionably helped to validate the horror genre to an entire generation of fans that had been inundated with mostly uninspired sequels to iconic slasher films, and it will hopefully continue to inspire audiences and filmmakers alike in the future as one of the all-time greats.