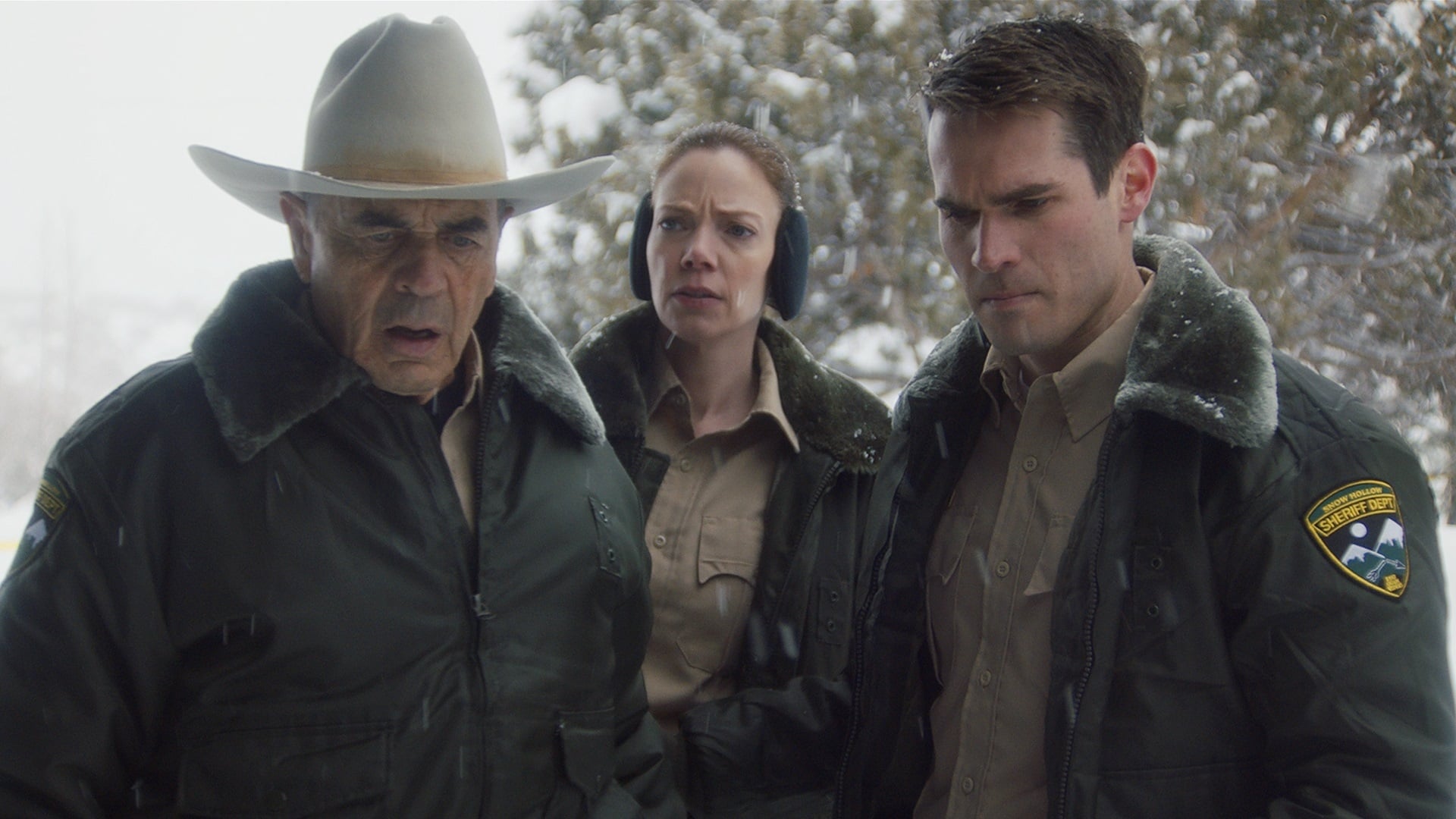 When I first saw a preview for The Wolf of Snow Hollow, I was immediately invested. Everything seemed to check off this unknown list within my mind: werewolves, small towns, snow, mountains, dark humour, comedy, and horror, to name a few. I had seen Jim Cummings’ Thunder Road last year and enjoyed it enough that I often think about it and was intrigued with what Jim would come up with next. He has a way of writing his characters that straddle the line between likeability and distaste, and I would say that Snow Hollow tests those boundaries to a point that has me questioning my enjoyment of the movie. The plot is familiar as werewolf movies go: on each full moon bodies are found, and our local small-town police force struggles to find any compelling evidence or follow any leads. The difference here between any similarly-plotted movie is the characters, who are the central focus of Snow Hollow.

Jim Cumming plays – again – a cop named John, with significant issues and stresses; he’s not a warm, genial small town cop like you might expect, but a jaded, short, ill-tempered force of nature who doesn’t seem to quite fit in with the rest of his crew, or with many of the townsfolk around him and for quite some time, I couldn’t figure out if I was missing something, or just didn’t understand the humour of the script. He seems to take advantage of his position within the police force, abusing his power, much to the indifference of his fellow police officers, but his actions do not go without consequences and I found his arc quite satisfying. His fellow officers are an interesting bunch, who are both indifferent to and greatly affected by his words and actions. I’m always pleased to see Riki Lindhome show up, and she does an excellent job here. Robert Forster is John’s father in a bittersweet final film appearance.

With questioning the humour, I find the level of horror to be focused in part on gore, to which there is a decent amount. These murders are brutal and grotesque, and the camera dances around scenes of carnage regularly but is not afraid to let slip some monstrous imagery. For me, the horror comes from the excellent characters: unlike a traditional horror film which dispatches traditionally sinful, unlikeable characters, Snow Hollow allows horrible things to happen to decent people. I can’t stop thinking about some of them. I can’t stop thinking about the escalated stress levels these characters face, and what starts as a bit of a quirky horror comedy evolves into a plight of insanity, but still manages to hold onto that piece of dark humour that makes everything bearable.

Just as the film reaches the climax of the investigation, it reaches an emotional capstone. These characters are flawed, and in their blemishes they gain an appreciable realism and depth that transcends the expected genre. We go beyond a small town, beyond werewolves, snow and mountains. The longer I steep my thoughts on this movie, the more my interest intensifies. When I walked into this film, I was expecting a fun little genre movie, but I got so much more.