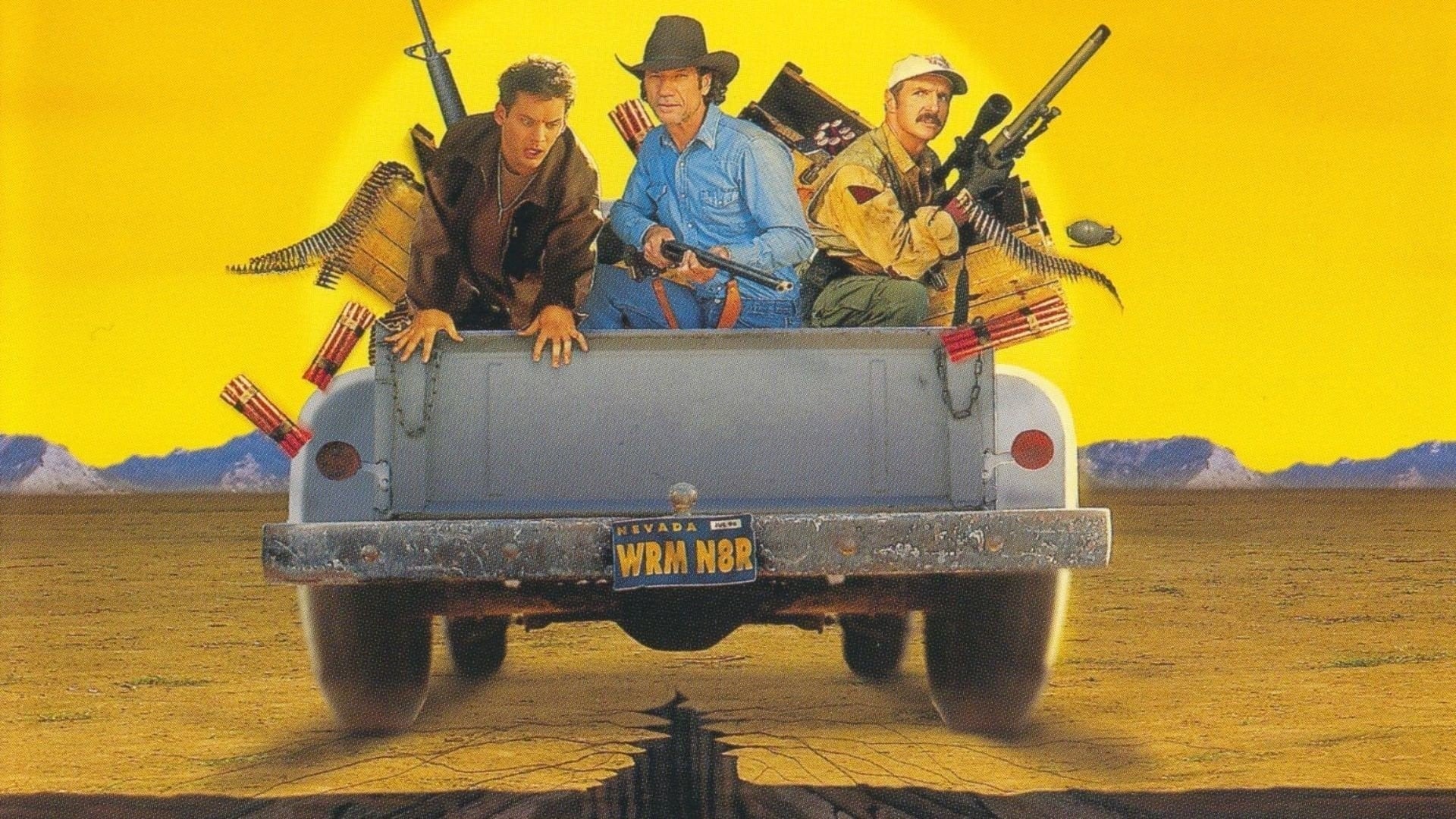 Certainly nobody, including myself, would have expected anything but the worst from the followup to such a beloved classic film such as Tremors. Indeed, nobody asked for it but here we are, thirty years later and a barrage of sequels that shows no signs of letting up. So, with my one hand buried in a bowl of popcorn and my other hand clutching a king-size soda, I put on Aftershocks with the foregone conclusion that this was going to be bad. As the film started – between mouthfuls of snacks – I found myself scoffing and eyerolling as I bore witness to this train wreck. While Kevin Bacon would obviously bow out of the series immediately, he is replaced by a bit of a Bacon-esque character to join in Fred Ward’s Earl, as the two are tasked with taking out a few of the graboids in a Mexico oil field. And it seems like they got things figured out, until they don’t: Earl and Grady encounter a sick, non-aggressive graboid and in moments, their entire operation is overwhelmed by new, two-legged variants of the big worms known as shriekers.

At this point, it became fun again.

The return of Burt (Michael Gross) from the first film definitely helps; he was one half of the well-armed couple (Reba doesn’t come back, unfortunately) and he doesn’t disappoint here, bringing the big guns and the same zany comic edge that he brought to the first film. Burt is also joined by Kate (Helen Shaver), a geologist who fits in well with the rest of crew and provides a romantic interest for Burt, which was oddly nice to see as Valentine’s antics were the focus of the first outing. There is a cast of cannon fodder, as per any horror action film, and considering the film’s events are set in Mexico, I found myself disturbed that not a single local survives the events of the film (sorry for that spoiler).

I was pleased with a number of things in the film though, including the revelation that these big carnivorous worms are indeed real and part of this world: while the populace believes the worms are all but destroyed or isolated into Perfection Valley, it’s nice that we didn’t get this trope that nobody believes our original survivors. In fact, Burt is called upon to deal with these because he’s a veteran with experience in fighting them, and in a clever turn, we find out that the graboids were heavily merchandised and licensed into collectibles and video games, but of course Burt’s cut of the profits are non-existent. The Mexican government’s offer of a healthy bounty per graboid serves as appropriate (and simple) motivation for Burt’s return to action.

Then, considering the low budget, the effects hold up quite well! The shriekers are – for the most part – practical effects with a handful of CGI scenes but by the time those bits roll around, I’m willing to forgive any quirks that mid-90s computer effects may bring: I was having too much fun and they weren’t really distracting.

By the end I was pleasantly surprised; going into the film with negative expectations can certainly help, and while it’s easy to judge the quality of the film, I found there was quite a bit to enjoy here considering the miniscule budget.