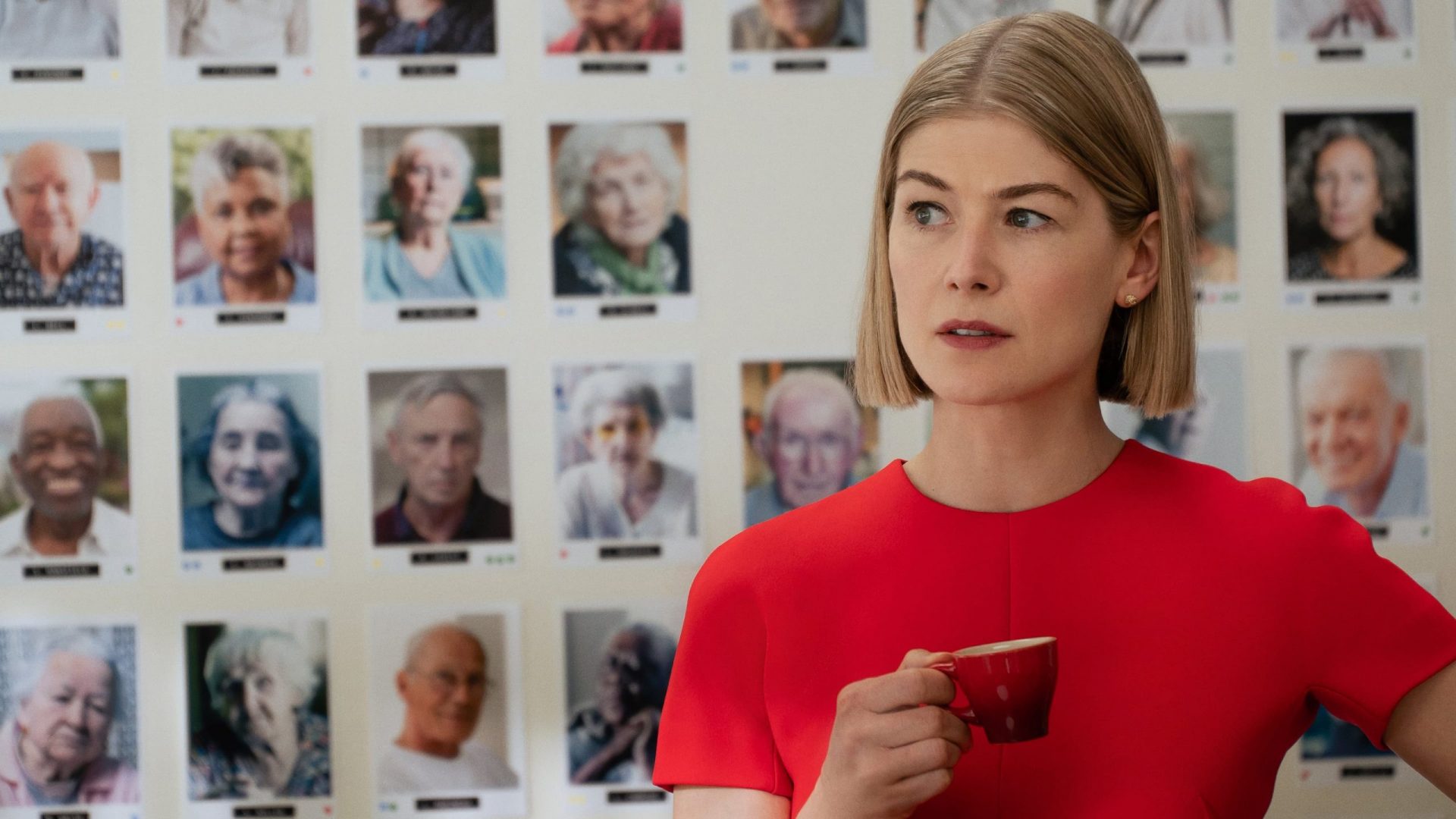 There’s a tremendous amount of good and interesting things happening here, including a very rare situation where I found myself standing up (watching this at home of course) and wondering aloud if I could continue the movie. Yes indeed, Rosamund Pike plays the villainous Marla Grayson so perfectly, that I was swept into her abhorrent scheme and found myself questioning if I could endure two hours of this. In this film, Marla essentially – but legally – runs an operation wherein she takes guardianship of elderly “clients,” including managing their money and ransacking their homes to sell their belongings at auction and placing them into care homes where they are effectively trapped. The film does such a convincing job in conveying how frustrating this process is for the family, but just how morally corrupt and blind the system can become to allow such treachery to happen. Perhaps it was just too realistic.

It was good, then, that the film took a turn into the absurd, as it introduces Peter Dinklage (playing Roman Lunyov) as the head of some organized crime group, that manages to get involved because Marla unknowingly enacts her scheme on Roman’s mother. There’s a brilliant scene where Roman sends one of his lawyers into Marla’s agency to handle the situation legally, and we bear witness to some clever cat and mouse: by the end we’re not sure who is the cat as Marla refuses to back down. The remainder of the film continues the escalation and effectively put me at ease: it was much easier to enjoy the film when every single person on screen is a Bad Person.

You certainly won’t be rooting for anyone here, and I mean that quite literally: oftentimes a movie would depict numerous villains on some kind of scale and have you relate to one or the other in some fashion, but I Care a Lot doesn’t worry about such things, which I can respect. If anything, the film exposes just how frustrating our legal systems can be, and celebrates the unfairness that we all feel when we see morally dubious people succeed because they take advantage of the system in some way or another. I rated the film three stars (out of five), which seemed like the most middle-of-the-road approach, but perhaps the most deserving rating for the film at the end. I would recommend the film though: it’s different enough from everything else out there, and Rosamund Pike turns in such an incredible performance and character that she’s worth the price of admission alone.