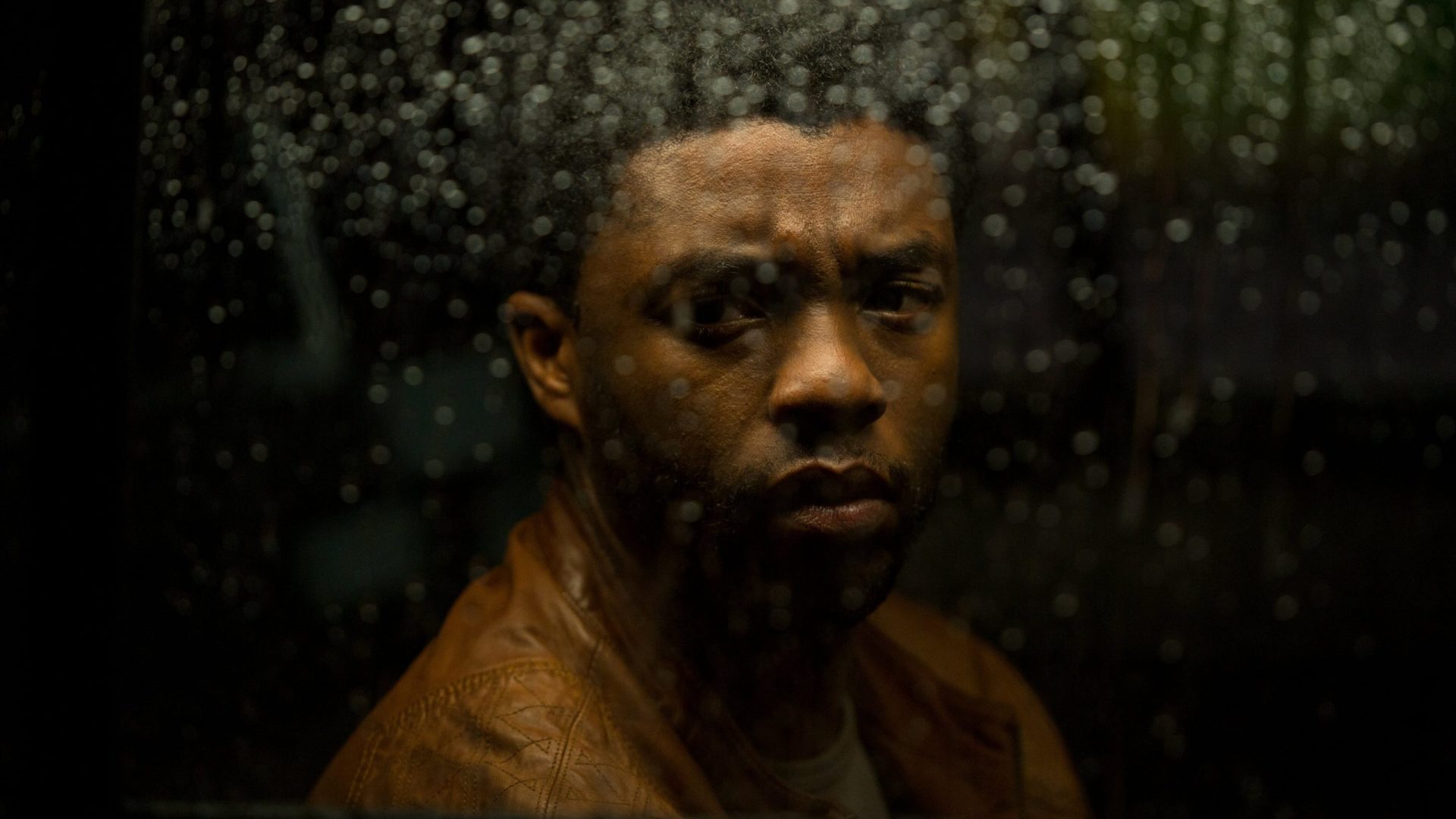 I had never heard of Message from the King until it popped up randomly in my Netflix feed, and despite the track record of random movies recommended by the streaming service, I still haven’t learned my lesson. I have to say that one of the main reasons I decided to watch this movie late one Friday night not too long ago was specifically because it starred Chadwick Boseman, who sadly lost his battle with cancer last year at the age of forty-three. I don’t mean to imply that I watched the movie solely as a way of honouring Mr. Boseman’s legacy, though that certainly came into play. It was mostly because he was a master of his craft and a truly captivating screen presence. And also partially because the plot description of a single man on a personal vendetta seeking righteous retribution and beating up and straight up killing a bunch of bad guys who obviously deserve it is like the comfort food of cinema. Watching an action hero walk into a room and lay the smackdown on a bunch of mooks is the cinematic equivalent of sitting down with a big bowl of mac and cheese (Kraft Dinner for my fellow Canadians) or a bucket of fried chicken.

And in that regard, Message from the King delivered in droves. As Jacob King, Boseman delivers plenty of bone-crunching, jaw-dislocating, concussion-resulting, blood-infused, testosterone-driven, are-you-even-still-paying-attention-to-my-crazy-long-list-of-adjectives violence, dishing out the kind of street justice that would make any cowboy, detective, Rambo, or <insert random Arnold Schwarzenegger character here> proud. It’s kind of refreshing watching a movie where the bad guys are clearly bad. There’s a lot of timely commentary with the buffet of antagonists ranging from crooked, murderous cops to pedophile Hollywood directors interspersed with your more typical bad guy stereotypes like Russian mobsters and white collar crooks secretly involved in various schemes with said mobsters. Standouts in this cast of sordid characters include Alfred “Throw Me the Idol, I Throw You the Whip” Molina as the child trafficking Hollywood director, and Luke “Please Forget Dracula Untold Ever Existed” Evans as a smarmy dentist who is mixed up in every twisted and nefarious scheme in Los Angeles.

Boseman really shines here. He’s able to deliver on the action and the brooding, playing the standard, hard-boiled tough guy investigating and punching his way through the neo noir-ish story in equal measure. But he also gets some fairly meaty material to sink his teeth into. Jacob King is in Los Angeles visiting from from South Africa, on a mission to find his sister who he suspects has run into some trouble after an extended period of radio silence. At one point while searching through one of the city’s morgues, he actually finds the brutally disfigured corpse of his sister, her face so badly mangled he’s only able to identify her because of a tattoo matching one he and their brother shared. In order not to alert the bad guys to his presence, he pretends he doesn’t recognize her in front of the morgue worker, and he manages the difficult task of conveying the subtleties of finding a close family member dead and trying desperately to keep those emotions in check. Then afterwards in private, it’s nearly impossible as an audience member not to feel the character’s agony with the help of Boseman’s chilling performance.

There’s also a fairly boilerplate side story about King befriending a local sex worker, Kelly (Teresa Palmer), and her daughter, which serves its purpose well and gives Jacob King the emotional sounding board the character needs to show the audience that despite beating up a room full of grown men with a chain wrapped around his knuckles he’s not a total psychopath. As is typical of these types of action heroes, Jacob King has a moral code that he adheres to, though in terms of the movie, it’s essentially a narrative signpost to let us know whose death or severe incapacitation it’s OK to silently cheer for.

Unfortunately, despite a plethora of promising ideas it presents, Message from the King fails to explore any of them fully enough to really elevate it from the realm of a standard action/revenge flick. There’s the rich guy who abducts and sexually abuses kids, but there’s no real exploration of the larger consequences or implications of this, and it’s not one of the main themes of the movie. There’s a scene where Jacob King, a black man, is beaten to within an inch of his life by two white police officers, but again this seems almost like it’s tacked on or simply ticking a box on a checklist somewhere. Police brutality has very much been in the spotlight in recent years (sadly, a statement that could be true at almost any point in our history), and the imagery is haunting, but there’s also no follow through or commentary. There’s a minor subplot about political corruption, with a high-ranking local politician being connected to the whole sordid affair of murder, violence, and trafficking of both drugs and people through his connection to Luke Evans’ dentist character, Wentworth, but again, the very timely theme of political corruption is just sort of glossed over. Jacob King’s sister, Bianca (Sibongile Mlambo), is a young black woman and immigrant to the US who meets a violent end after getting wrapped up in an underworld of drugs and organized crime, disappearing without a trace. Again, a whole host of potentially topical themes that are largely ignored in favour of more ass-kicking. Even the ending of the film itself, when it’s revealed that Jacob King is actually a police officer himself in South Africa, could have made a powerful statement about the ethics of taking the law into one’s own hands… if it had been even remotely tied to any other part of the movie in any way whatsoever.

I wouldn’t normally get so hung up on these kinds of things, except for the fact that Message from the King seems to always be on the cusp of wanting to say something about these topics it keeps bringing up, but then backing off completely. It’s so frustrating watching a movie that had the potential to be something closer to a modern-day Chinatown, a hard-boiled detective story steeped in relevant social, ethical, and political commentary, consistently bunt when it should be swinging for the fences. I really felt like Message from the King had so much potential to be so much more than a standard action/revenge flick struggle to find some kind of thematic footing. That being said, the action in Message from the King is extremely entertaining, and Chadwick Boseman manages to keep us caring about the main character through the entire movie. If you’re looking for a solid action movie with a character’s name so cool that you know that it had to be the catalyst for the whole endeavor just so they could use the play on words both in the title of the movie and in the movie itself, then you’ve come to the right place. Message from the King is exactly the movie to scratch that action itch when you’re bored on a Saturday night, and you just want a fun ride.