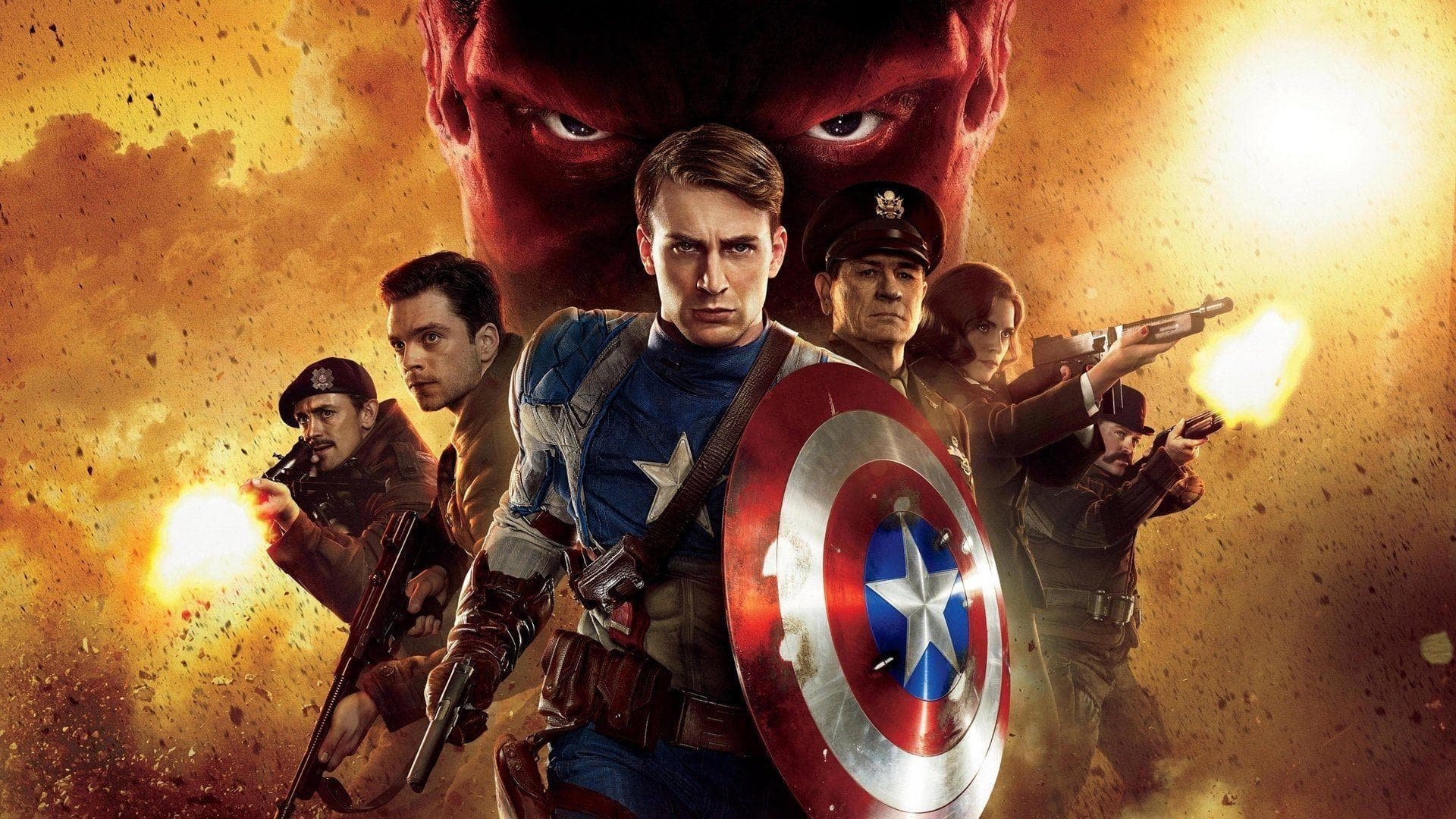 If I didn’t care about The Avengers in my youthful comic book collecting days, then I cared even less for Captain America. I would write him off as a relatively flat, simple and boring hero that was completely boring to my younger self; it’s no secret that when I pictured myself as a Marvel hero on the playground and in my imagination, it was a Wolverine-esque indestructible mutant with cool cybernetics that pulled from my favourite sci-fi films. Or maybe that was a secret. Either way, I never once picked up a Captain America comic, allowing only his cameos in other books and his depictions in pop culture as my basis for my (poor) opinion. When the film was announced, I did not approach with any excitement save that this was the next entry in the great experiment that was the Marvel Cinematic Universe and a lead in to the properly gigantic Avengers film.

So when I came out of the theatre, I gave my head a shake and realized this was not the boring character I thought of as a child, but a film that boils the age-old battle of good versus evil to the basics to produce a compelling adventure. If there’s a fault here to be explored, it could be the films rather simplistic themes, but I’m not willing to go down that road: like a pizza with just one or two toppings, The First Avenger excels at what it does without getting bogged down with too much flavour. The only real negative I’ll throw at the film is the miniscule screen time that Captain’s Howling Commandos receive.

There’s very little else left for me to say: The First Avenger shares a compelling narrative of the human spirit and provides the ultimate escapist fantasy for the scrappy underdog. The film’s strength lies in the time we spend with Steve Rogers before he receives his powers, which allows us to fully understand and contextualize his motivations. We sympathize with him as an victim initially which allows us to cheer for him unabashedly later on and unlike the previous entries in the MCU, Rogers is relatedly human with every day traits that we can identify with. Red Skull is sufficiently villainous but could have been explored in greater depth (fair enough, another negative on the film) but the film’s World War II backdrop puts the villain in context of a very real, ubiquitous evil that requires very little exposition. Simply saying Red Skull is going beyond Hitler’s plans is enough to satisfy his character and get us to support the inevitable outcome.

With that, I thought it would be interesting to bring up a couple of quotes from my original review (from August 8, 2011):

“I had little expectation from this movie, simply because I have little interest in the Captain himself: I’ve never read one of his comics. But, Marvel has been on a bit of a roll lately, with decent product like Thor and Iron Man. So, with all the factors mentioned and not, I walked away really happy from this movie, believing it to be one of the best action films of the past while.”

“There are only a few moments of disgrace and what I can only assume is poor script and perhaps some overzealous cutting. But all in all, very solid throughout and most importantly, interesting. This is how it’s done, and I hope they continue to do it like this.”

“Captain America: The First Avenger provided the origin of Steven Rogers becoming the super soldier during World War II. We weren’t inundated with pro-America messages and morals: we were treated to a good character who wanted to fight the good fight in any way he could. It didn’t matter who the villain was; Rogers wanted to fight for his friends who were dying, and to put down any bullies – a battle he was losing his entire life. When he is giving the opportunity, he takes it: injecting himself with a super-soldier serum of sorts, he takes on the role of protector. Not necessarily protecting his country, but protecting his fellow soldiers. What I liked about this film, and Captain America, was that they don’t cover up some of the atrocities of war: he’s a soldier, accepts that fatalities will happen, but does his best to prevent them while maintaining the integrity of the mission. That is to say, he’s not going to get all emo when his best buds die in battle: they all know the risks. The movie also follows the classic underdog structure, which is difficult to not appreciate.”

A little critical of the script and pacing of the film, but overall I was pleased with the film back then. There were some other paragraphs where I gushed over the special effects for how they made Steve Rogers appear so small (“basically” pasting his face onto another body) and what I find funny now is how little I thought of the effects on this viewing. I guess that shows you how much we take for granted and how standard these effects have become within film in the past decade. Rarely do I get interested in how an effect was done as it’s easy to attribute everything to varying degrees of CGI quality (which seems to correlate directly into how much time is invested in the effects).  The First Avenger and Captain America have certainly grown on me over the years and become a standout of the MCU.