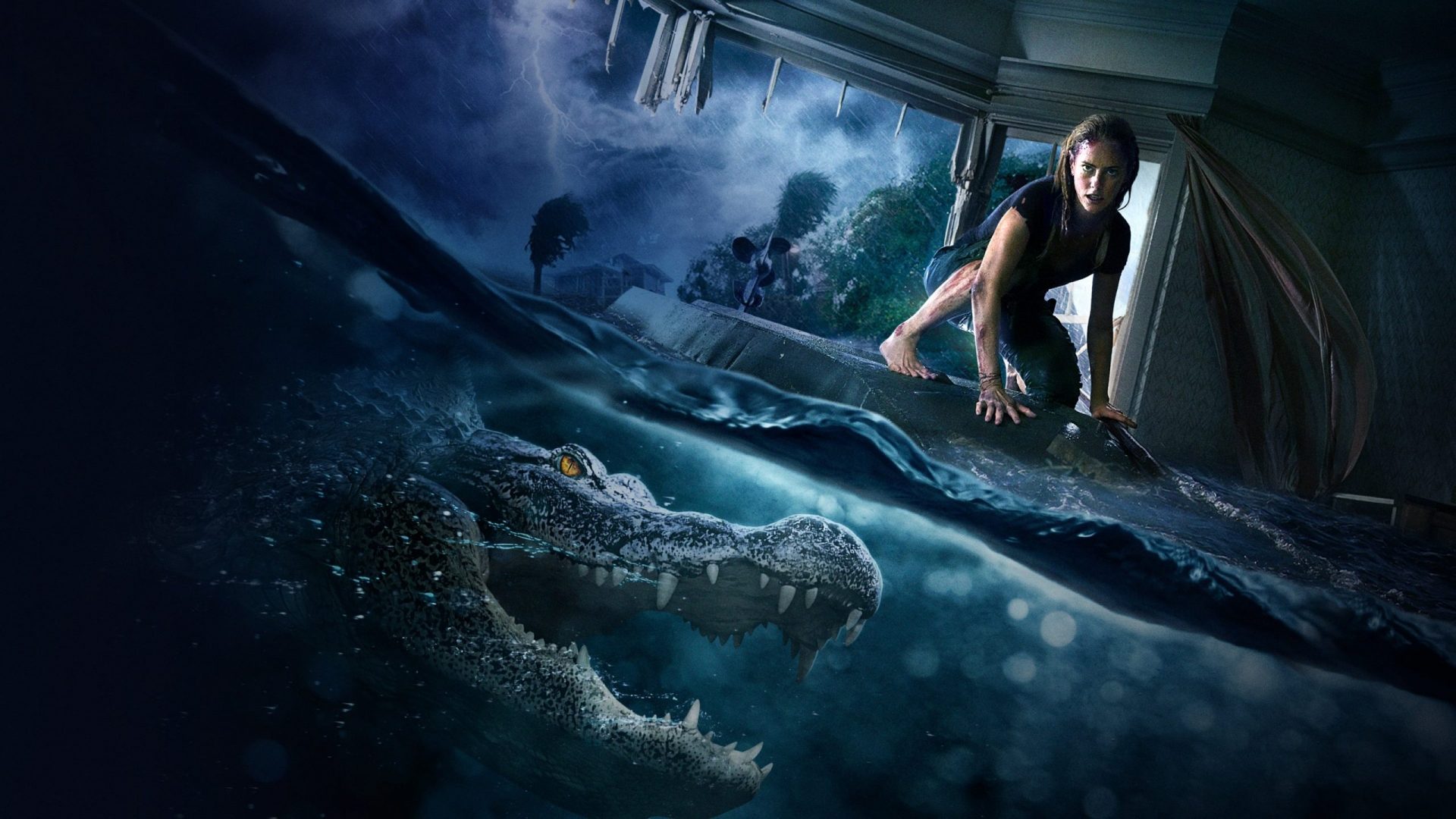 I probably wouldn’t have sought out Crawl if it wasn’t for a couple of things; the first one being that it’s produced by the beloved Sam Raimi and directed by the intriguing Alexandre Aja, who has some decent films under his belt, including Horns and Mirrors (which I remember watching nearly a decade ago and being legit nervous to look in the mirrors of my apartment when I got home). The second, more prominent reason for Crawl to float to the top of my watchlist was just how many damn alligator movies that I’ve been watching with my friends lately. It started innocently enough with a couple of Australian pictures (and yes, they were crocodiles there and my inexperienced Canadian-reptile brain doesn’t know much of the difference) then into a couple of North American releases aptly named “Alligator” and unoriginally, “Alligator 2.” They were tremendously fun films – maybe it was the foreign feel of a giant lizard roaming about: I’ve seen enough movies about bears to know to be on the lookout for them here in my native country, but alligators are so far removed from what I would expect walking in the woods, or, in the case of some of these, finding in my basement.

This movie checked all the boxes of the horrors of man-eating alligators that I know about, which is mostly that they will bite your limbs and once they got you, perform their patented Death Roll, which will either drown you or use centrifugal force to rip your limbs off (which may not be scientifically accurate but this is fact in my mind). Moving along at a brisk eighty eight minutes, Crawl goes further and checks off the prerequisites for some apex predator horror, including some effective jump scares, adequate gore and a healthy dose of on screen deaths that never feels excessive. I wasn’t entirely sure where the story was going: having seen the first bit of Sharknado years ago (falling asleep from heat stroke midway through and never seeing the reason to finish it off) I kind of assumed we would be going location to location within Florida as we try to run away from The alligator, but what Aja did here was more traditional and effective. We follow a woman trying to find her father as a hurricane approaches, then promptly getting stuck in the basement of their house, trapped by injuries and really pissed off gators. I’m glad there were so many of them, although I can’t comment on their behaviour, or if they would treat hurricane conditions with such ferocious glee, but it worked for this film.

The generated establishing shots of the hurricane and town feel a bit off right from the beginning, and it’s no surprise to find out the film wasn’t even shot ‘on location’ in Florida, but in the far off lands of Serbia. With most of the film taking place in tight quarters and obviously a water-logged set, I left with a sense of efficient budgetry: where they may skimp on those shots earlier are made up with some decent looking gators, although I may be too used to the mid-80s animatronic alligators from the past few months, so anything looks great now. I’m not convinced though that’s it: I was sufficiently pulled into the action on-screen and invested in the simple narrative to take much heed to technical details, or bother myself with analysing plot and character choices. Crawl got the job done, and did it well. We may take a little break from alligator movies for a bit and further explore the wild boar horror that we saw a few weeks ago in 1984’s Razorback. I remain hopeful Raimi and Aja can thrill us some more with further wild animal thrillers