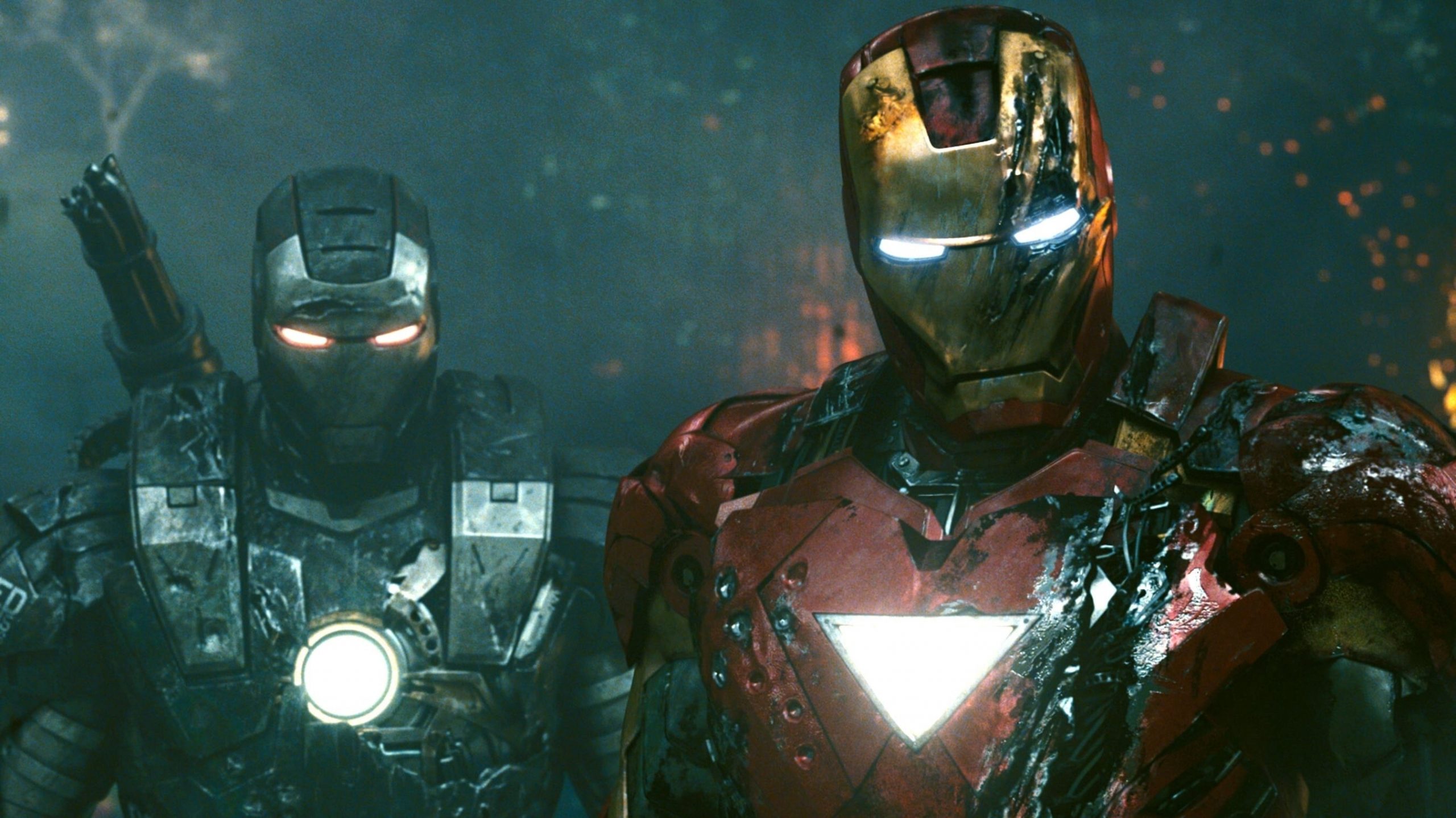 Iron Man 2 has never really stood up as a particularly great film for me, so I approach revisiting the sequel with some trepidation, but also a glimmer of hope that I missed something in the theatrical run, or maybe going in with the knowledge of the entire Infinity Saga would somehow unlock some clever quality of the movie that I had missed before. That’s not the case here, unfortunately. Tony Stark’s second standalone film is somehow worse when I revisit it this time – and I’m guessing this is the third or fourth time I’ve seen the film.

Mickey Rourke’s Whiplash certainly has some potential to be an interesting villain, but is absolutely squandered: after his flashy introduction, he’s relegated to spending the entire film hidden in a lab, squabbling with Justin Hammer (played by Sam Rockwell) and doesn’t even make his appearance known to the hero of the film until the very final moments. Hammer is an interesting adversary for Tony Stark, but not necessarily Iron Man, and I do wish that they would utilize the character more so. Rockwell plays the character with enough devilish charm that a recurring role would help flesh out Tony’s character, but in the end, Iron Man 2 is a foreshadowing on how Marvel is going to handle their villains in future films. Which is to say, not very well. Seeing these two antagonists play out on screen makes me yearn for the heartier villains we get in other films, but also a reminder that the opponent is typically an afterthought and never really given the respect they deserve in this series.

While there are a decent number of elements to this film to enjoy, one of the plots I got more out of in this viewing is the role of Iron Man in the world: while Tony says he’s delivered world peace, the powers to be are wary, and plant the seeds (or at least, level the field) for Civil War later on, which brings to question these powers that answer to nobody and examine where the liability of their actions land. In Iron Man 2, the government is mixed, as represented by Don Cheadle’s Rhodey and Garry Shandling’s Senator Stern. While the film kind of turns Stern into a bit of comic relief, there does exist an inkling of doubt and legitimacy: Rhodey, while initially fully trusting of Stark’s motivation and character, comes to realize that Tony’s flaws concoct a dangerous force and retreats to the safety of organized command and structure as represented by the senator. Iron Man 2 only scratches the surface of this idea though, and never really goes any deeper: by the time things get rolling we’re at the climax of the film and the heavier issues are disregarded and lovingly forgotten in an awards ceremony that reminds us that this is Tony’s show and he was right all along.

Scarlett Johansson makes her debut as an agent of SHIELD here as well, although spends most of the time acting reserved in an undercover role as Tony/Pepper’s assistant. They certainly don’t hide her other talents though for any kind of twist, as evidenced by her sparring session with Happy Hogan earlier on. However, her action scene as she breaks through waves of guards at Hammer Industries is most definitely welcome and a reminder that we need to take a break from the CGI suits to see some real action on screen. I remember my friend saying how impressive her fighting was (in this and Avengers) where she used her body weight to work for her, and ever since then it’s something I’ve looked for and appreciate whenever it’s on screen: utilizing some realistic and appropriate combat moves in a sea of characters with superhuman abilities helps to ground the films and brings the viewer in.

I’m also bemused how they skirt around Tony’s alcoholism, which is something that even a less-than-casual fan of Iron Man knew going into the movies. Again, this seems like something that the studio would want to stray from: as soon as we see Tony at his worst, the film is quick to turn it around and having him save the day or discover something new to set him on the right course again, giving us the impression that he wasn’t really flawed to begin with, but just susceptible to bad moments (like all of us, of course). There lurks beneath the surface of this film greater context and character insight. Surely the scene between Stark and Vanko was just scratching the surface of the conflict between the hero/villain perception and motivations but again, the film chooses to go down the path of flash and spectacle. It seems like there’s a lot going on this film but it’s all skipping along the surface, which makes for an entertaining entry in the series but one that begins to make me question how the studio is going to be handling the drama of their characters in the future.