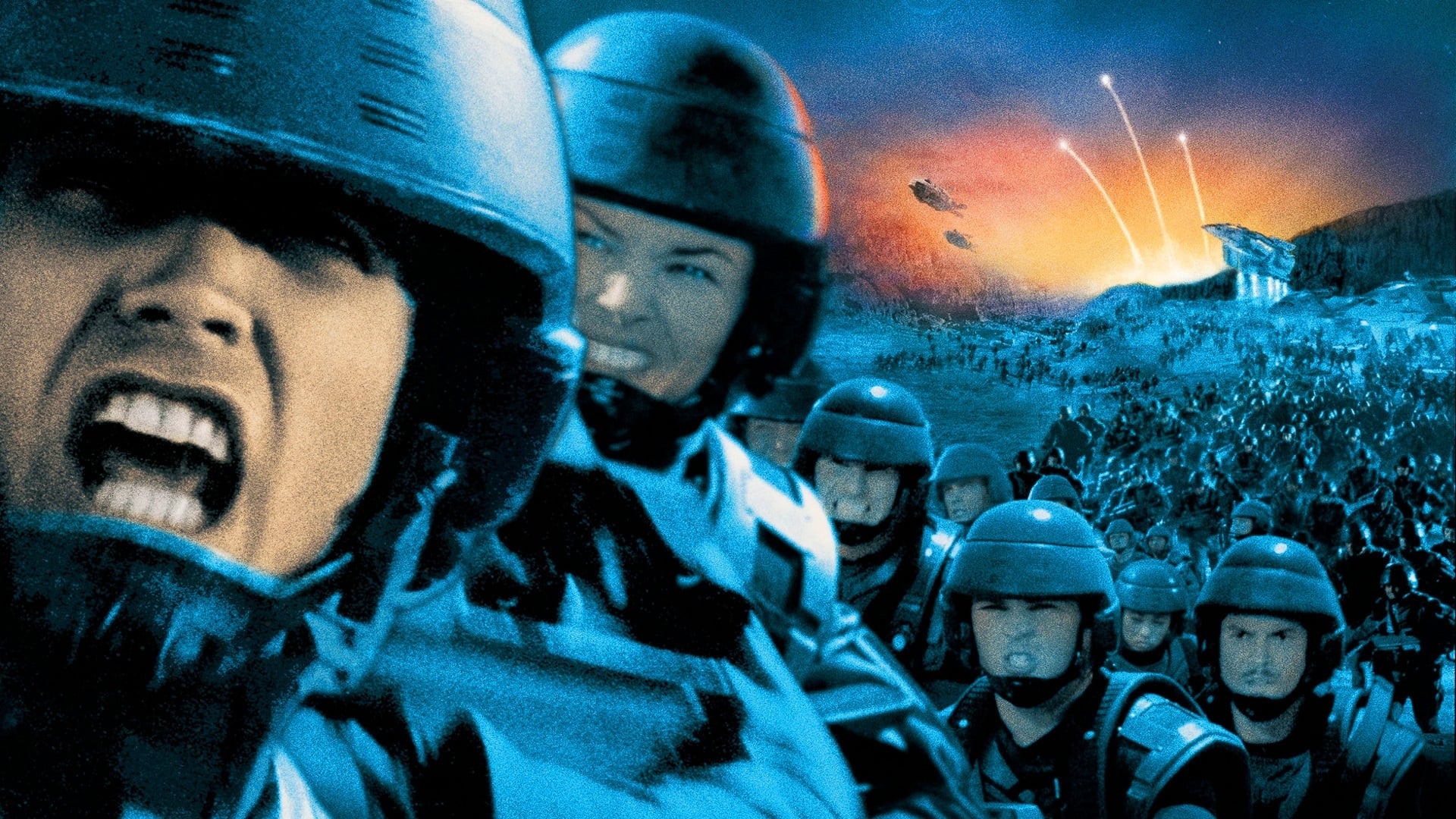 Starship Troopers seems to be a somewhat divisive film, equally hated and loved with people falling onto one side or the other on their acceptance that the film is satirical in nature, and yes, it’s supposed to be a bit cheesy. I went to see this film with a group of friends in high school and fell in love immediately. The over-the-top and fascist imagery was not lost on me at the time, but I certainly appreciated the b-movie aspects of the film on a literal level as I watched the mobile infantry battle larger than life bugs in true sci-fi fashion. Backed with a large budget and competent directing from Paul Verhoeven, Starship Troopers wowed me with its depictions of a supposed perfect society that features gender equality but is also knee deep in military rule.

Seven years after Starship Troopers hit the theatres, it received two live-action, direct to home video sequel. Hero of the Federation was directed by Phil Tippett (famous for his groundbreaking special effects in film) and Marauder was directed by Ed Neumeier (who wrote the all the movies to date). As it goes, I probably dismissed the films when they came out and didn’t think much of them, although I was always intrigued and fascinated when I saw box sets of a CGI television series in my routine DVD and bluray hunts and my curiosity was further piqued with not just one, but two CGI animated movies hitting in 2012 and most recently in 2017.

With five movies out in the wild, I revisited the 1997 original film and undertook the goal of watching all the sequels on a one-per-week basis.

Starship Troopers 2: Hero of the Federation (2004)

With popcorn in hand, I hit play with some apprehension: my expectations for the sequels were low, and I was curious how far off the path they would stray. Hero of the Federation starts out with the promise of action, and things were looking half decent until our gang of infantry were cornered into an old bunker, surrounded by the arachnid threat. At that time, the film took an about-turn into a horror movie, and I couldn’t be more surprised or pleased. Being no stranger to horror movies, I understood at once what the filmmakers were doing when constricted with a low budget: if they couldn’t make a giant spectacle, then the next best thing is a more focused, personal horror story set in the Starship Troopers world. Although the film’s low budget does shine through often, there is some heart to be found fueled by the return of Ed Neumeier’s writing.  2 / 5

The second sequel in this series has Neumeier return not only to write the film, but also direct it. In addition, Marauder sees the return of Casper Van Dien as Johnny Rico as well as a more action oriented and familiar setting that was established in the original film. The film is ambitious and I was impressed with what they were able to pull off, including a claustrophobic arachnid attack on a military base on a bug planet and followed by more open vistas on a desert planet where tensions persist not just from an unknown bug threat, but between a group of survivors. We’re treated to more tongue-in-cheek news segments (would you like to know more?) and an interesting look into the higher command structure and role of religion of this militaristic society. While there are some dubious story events, they serve the purpose of getting our characters where they need to be, and I was entertained throughout. This is a worthy successor to the original and I truly wish this had the budget (and maybe even the return of Verhoeven) to help it succeed.  3 / 5

The first of (so far) two animated Troopers films, Invasion lacks the writing of Neumeier and it really shows, as the overall feel of the crafted universe is all but abandoned. I can forgive some of the stiff animations and quality of the CGI itself, but this film lacks the livelihood that was present in the previous films. The film regresses in the nuances with gender that was present in previous entries, with every female character showing up early in the film topless for no other reason than to be subjected to the leers of their male counterparts. All other subtleties are thrown out as well, with the action ratcheted up a few notches while taking advantage of the animated format to showcase more gore. To top it all off, we have the return of some characters from the first film, including Carmen, Johnny and Carl, although it doesn’t appear they received the rights to utilize either Denise Richards or Neil Patrick Harris’ likenesses, nor did anyone lend their voices to the production. It’s a misguided entry in the series but a straightforward action film that does nothing but regress the franchise. 1.5 / 5

Traitor of Mars is a nice return to form and familiarity for the Starship Troopers franchise and is most likely thanks to Ed Neumeier returning to write for this animated film. With the return of both Casper Van Dien and Dina Meyer to the series, this film is more Rico-centric and pared back in terms of complexity, as the film focuses on a group of new recruits as they face off against impossible odds and deal with the consequences of a political struggle that’s beyond their control. The characters of Carl and Carmen also return, and are both still lacking their original actors, although I would never expect any of them to show up for these and has me wondering if we could just forego these characters to bring in some new ones. This is one of the better entries in the film and a marked improvement on the previous entry, with improved animation, visuals and overall story. 2.5 / 5

I’m very happy that Starship Troopers didn’t fell victim to Hollywood’s reboot game, which a few other Verhoeven classics have suffered from (including Total Recall and Robocop). While I would love to see sequels with big budgets hitting multiplexes, it’s easy to see how risky a route that would have been. Instead, we’ve been treated to various low budget films and a television series (which I will not be watching, not out of anything more than lack of time) that have varied in quality but have, for the better part, been pretty entertaining to go through. I was really taken aback with the third film and can easily mark it as the best – true – sequel to the original film, and I’m intrigued by the series going the animation route. With the proper guidance the animated movies can pull off some incredible work that a live action film would struggle to accomplish without a massive budget. I’m hoping they keep at it but remember to stay true to – at least most – of the original tone of the film, which shouldn’t be a problem as long as Neumeier continues to return (the only entry he wasn’t involved in was clearly the worst).