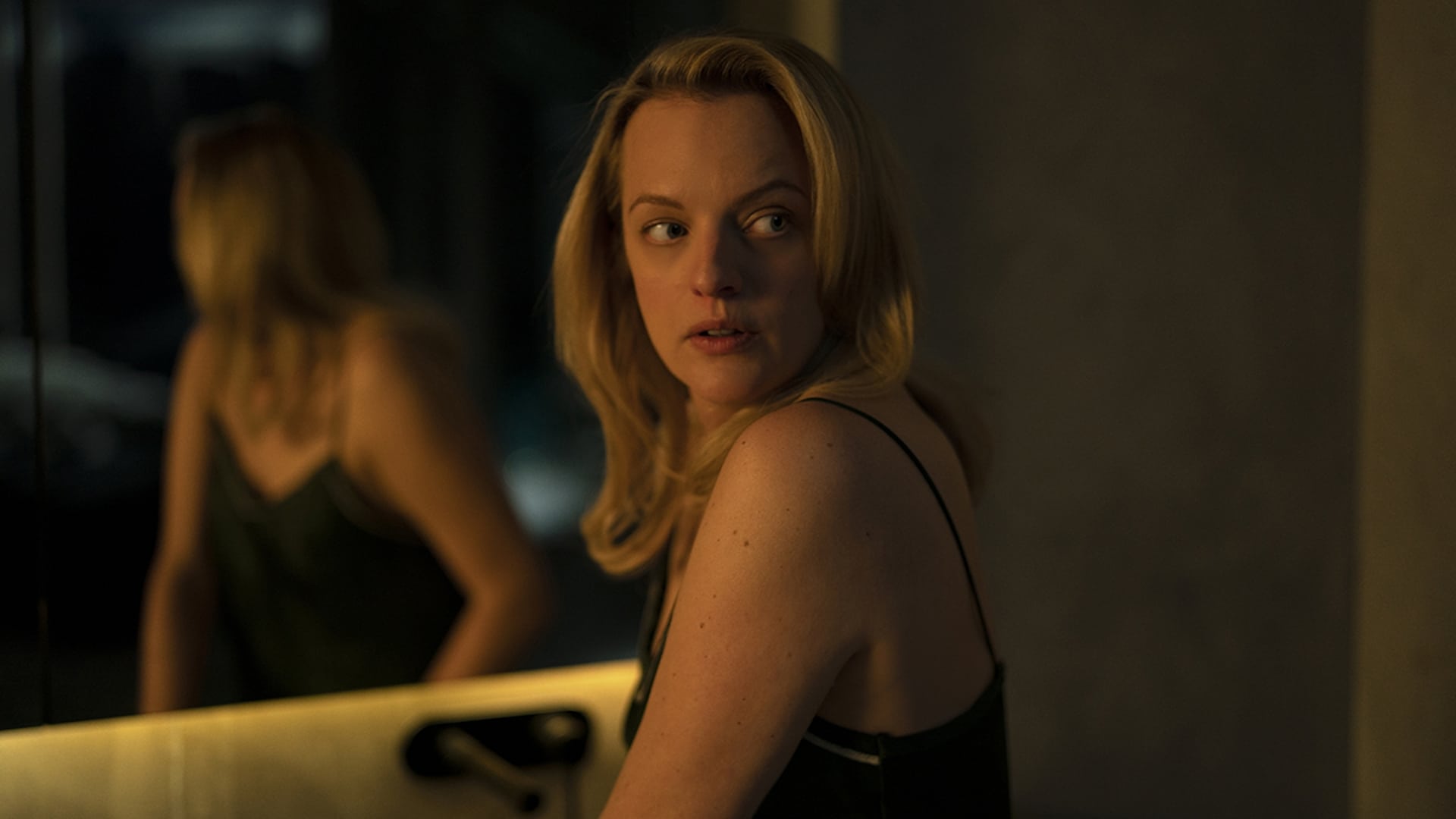 Tension is the name of the game here, and The Invisible Man knows how to play – maybe a little too well. From the opening, overwhelming darkness of crashing waves breaking onto perilous rocks throughout the entire movie, no rest is afforded to the viewer, and while the film does indulge in a few jump scares – which I always find to be a bit unfair themselves – I’m willing to forgive and move on as we follow Cecilia’s tormented journey of escape from an abusive husband to her attempt to overcome paranoia and the dreaded feeling that somebody is leering over your shoulder or watching you from across an empty room. Her stakes are driven even higher as we understand her plight: the entire opening scene has her methodically following a plan to leave her husband. We see the fear of reprisal in her face and movements; being barely ten minutes into the film you realize this is more tension than most horror movies can muster in their entire run time and I think to myself: it can only be downhill from here, right?

After all, I was a bit put off by how revealing the trailer is: Cecilia is being chased by a literal invisible man, the Universal Monster namesake et al, she ends up freaking her close friends and family out, and winds up in a psychiatric hospital for the perceived madness. What an incredible surprise then, that this movie upends my expectations and while these events do play out to some degree, it’s but a pale description of an otherwise beautifully well thought out and executed story. Elisabeth Moss plays our broken, abused protagonist perfectly and the film shows respect to her, but the audience as well: we don’t need to hear about the extensive history of events between her and her husband, as we’re shown the degree of her torment through action, from the opening escape of their large, overwhelmingly open home to her distress and lack of trust in a smaller, more confined environment where she believes she’ll be safe.

The score by Benjamin Wallfisch ratchets up in intensity at the right moments and is never afraid to break into distorted hysteria that you can latch onto as the invisible man makes his advances. (I’m listening to the soundtrack again while I write, and it really is chilling.) It really is a terrifying thing that I think everyone can relate: the feeling of being alone but sensing that somebody, or something, is there with you. What not everyone can relate to, but what the film conveys admirably, is having that dread stacked on top of a victim of domestic abuse who is already suffering and seeing her attempts at recovery through this unthinkable situation.

There’s very little negative to be said for the film; you’re already walking in with a suspension of disbelief knowing that an actual monster will “appear” on screen. Your mil