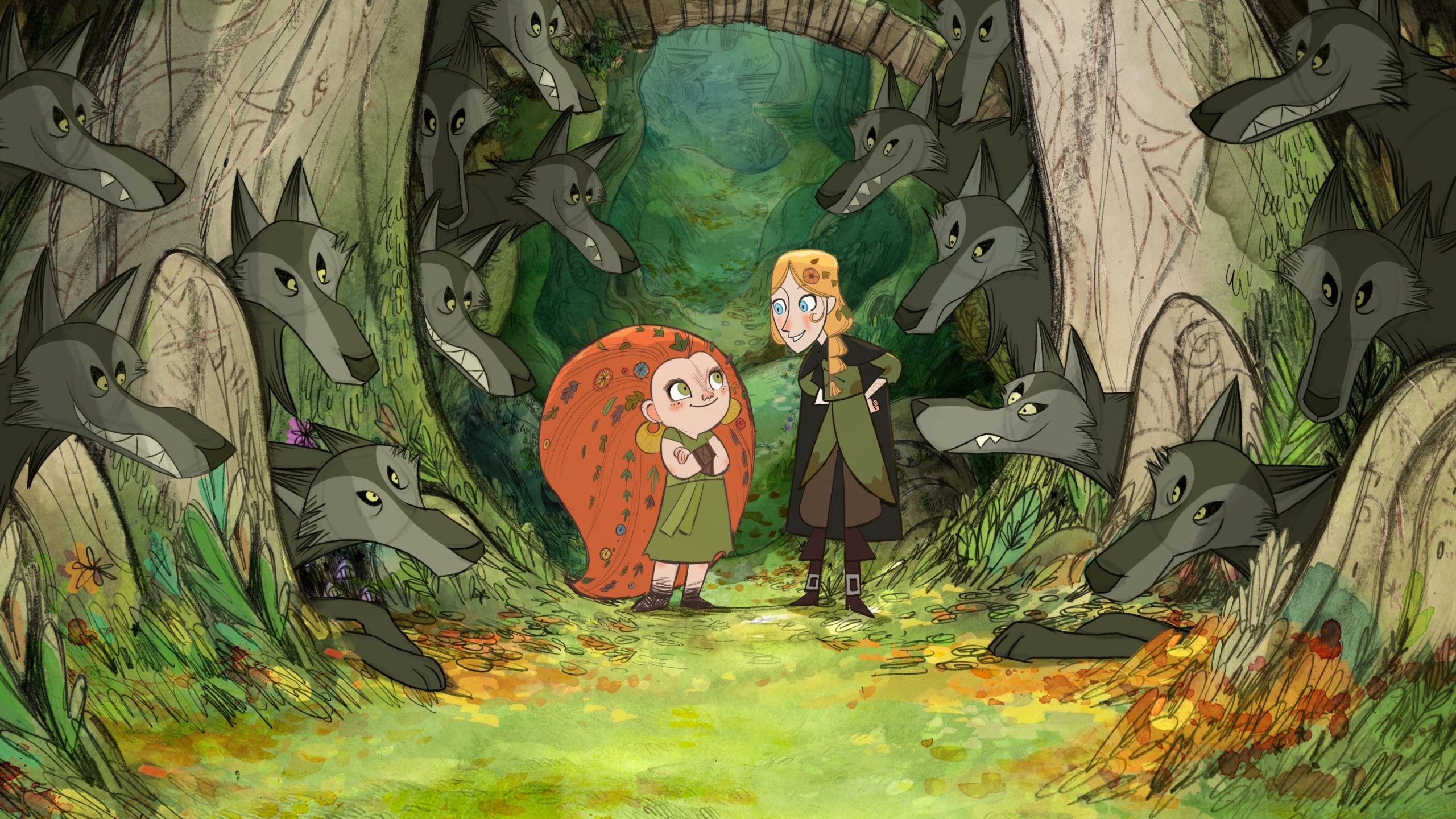 There’s something reassuringly captivating and enchanting about Wolfwalkers, the latest animated feature from Irish filmmakers Tomm Moore and Ross Steward, with Moore previously codirecting both The Secret of the Kells and the amazing Song of the Sea. Wolfwalkers had me engrossed from start to finish, and held my thoughts for days afterward. I’m always a bit hesitant to put on “kids” films when alone and as a result I can miss out on some really excellent films so in an effort to recognize the more positive sides of this turbulent year and not let some films slip by, I made a priority to watch the highly-rated Wolfwalkers, and would heartily recommend it to everyone.

The story is clean and uncomplicated, as we follow an English father and daughter, Bill (Sean Bean) and daughter Robyn (Honor Kneafsey) who are brought to the town of Kilkenney in Ireland in the 1600’s to utilize his hunting abilities to clear the surrounding woods of wolves, who are oft-considered supernatural and evil. Robyn discovers another girl in the woods, Mebh, and they form a friendship and experience that would put them at odds of the tyrannical Lord Protector and her father; I would prefer to go into as little detail as possible in the hopes that others would go into the film as blindly as I did, being only familiar with Moore’s previous works.

The animation is absorbing and full of life, no doubt a result of being hand drawn and visually appetizing and thematic, with rough angles and darkness present in the city and wonderfully flowing lines and colours in abundance with the mystical woods and nature itself. There are times when the framing of the film shudders and darkens that helps pull you in even further and there’s this little detail where you can oftentimes see the skeletal constructs of the artist’s sketches underlying the characters, which add this indescribable depth to the images that set this film apart from others. It’s easy to feel the labour and love in each frame and especially in Robyn’s incredibly expressive animation; I’m not sure I’ve seen such range and dynamism from an animated character before. With that being said, the voice work is incredible and Robyn in particular is a standout, being voiced by the young Honor Kneafsey, who impresses and anchors the film with a dazzling performance.

Finally, Bruno Coulais’ score fits perfectly, bringing scenes to life and elevating the wondrous imagery to the next level while simultaneously capturing the themes and emotional core of the story. AURORA’s song Running With the Wolves is used in an exhilarating montage that had me scrambling to bookmark the song – and entire album – for repeated listens later on. Even as I sit here, writing this and listening to the score, I’m being pulled back into the film.

Wolfwalkers is certain to capture the imagination, and as far as I’m concerned, deserves as many accolades as possible.