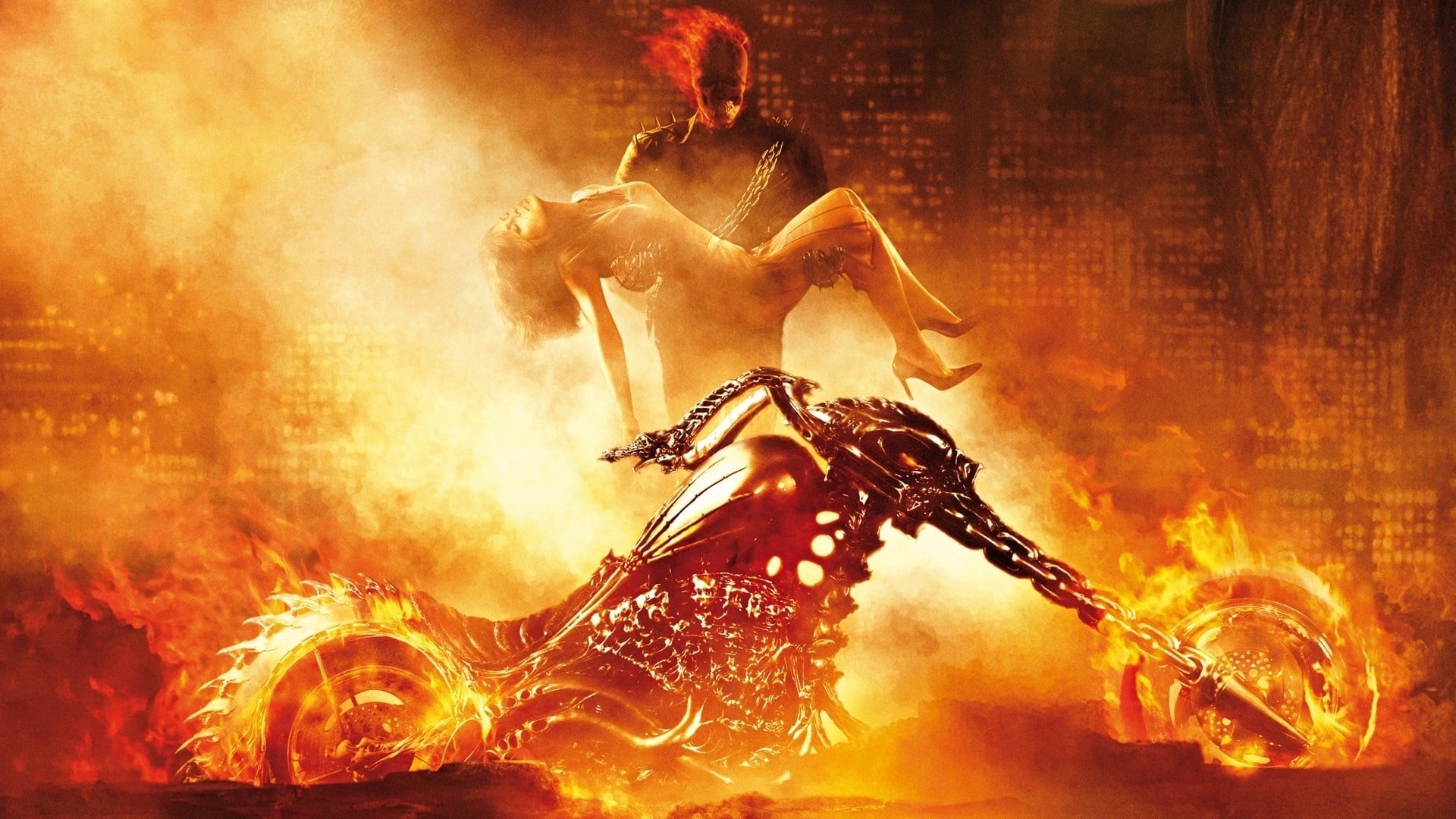 Without any kind of initial explanation, I have a soft spot in my memory for Ghost Rider and a hesitation to really say anything negative about the film, but damn, this movie is bad. While revisiting Nicolas Cage in the starring role of Johnny Blaze/Ghost Rider, I had an inkling that I would discover something new about the film, and if not new, then something to grasp onto that could elevate this film and redeem it. Unfortunately, it’s not the case: this might be worse off today than when I initially saw it over a decade ago.

A bit of personal context here: I am in no way familiar with Ghost Rider, his origin, cast of supporting characters or history. The Ghost Rider comics I bought in the early 90’s were purchased because of a killer cover done by Adam Kubert on an 1992 issue of Sprits of Vengeance (link here) where Venom is hanging upside down in the sewers, holding Ghost Rider’s flaming skull wrapped up in a chain. I probably went onto buy a dozen or so Ghost Rider comics, read them, bagged them into the collection, and ignorantly forget them moments later.

Ghost Rider is quite a visually striking character and that holds true in this film (for the most part). Wrapped in biker leathers, his skull ablaze in eternal flame and speeding forth on a badass motorcycle with flaming wheels, Ghost Rider is – at least on the visual scale – a fun character to watch. Johnny Blaze (in this film, at least) inadvertently signs a deal with the devil (really Mephistopheles here) that would cure his father’s cancer and in return, hand over Johnny’s soul. Of course, in true genie fashion, the deal comes true, but the devil ensures his father dies the very next day anyway. Johnny, now knowing how serious this is and understanding that the devil can take his loved ones at any time, just leaves, isolating himself for a couple of decades and leaving his sweetheart behind without answers.

Fast forward to present day where Johnny continues to be a stunt motorcycle rider and we’re finally seeing Nicolas Cage on screen, and my empathy takes hold. Cage is so enamored with the comic book world that he takes his screen name from Marvel’s Luke Cage and supposedly lobbied relentlessly to get the opportunity to play the titular character here. I feel bad because his passion is so wildly wasted here: Cage can bring some incredibly (wild) performances to characters when he needs to, and he seems like he should be right at home in a comic book film. Which is all the more unfortunate because Marvel movies were in a bad place at the time here, that being just a year before Iron Man was unleashed upon the world. That being said, there’s no way that the modern Marvel would release a film that aspired to an R-rating (and I’m unsure if the alternate cut I watched here was more representative of that original, dark version).

Although the story of the film is pretty weak and full of holes that even I couldn’t put up with, I found the effects to stand up decently: the flaming skull effect does look a bit odd, but I have to give them credit (as long as IMDb trivia isn’t lying to me here) that they actually used x-ray scans of Cage’s skull. I got excited when Ghost Rider rode up the sides of buildings, and whipped that ridiculous chain around using it not just as a weapon but a riding aide to put his bike on the right track. It’s all pretty flashy, and those fiery wheels really help.

No, it’s not the effects that are bad, it’s everything else: the odd dialogue, the disjointed story, the inexplicable character actions. Maybe some elements could be explained from the comics, but the movie should have done a better job. The devil can create Ghost Rider and give him powers, but can’t do anything about his own son? Then we have the previous Ghost Rider (Sam Elliott) who appears throughout the film, leading up to a fun scene where both he and Blaze “ride together” only for him to just stop and turn back? Like he just went for a joyride, exhausted his powers and wishes Johnny good luck. And of course, Johnny earns his soul back but declines the offer, I guess for no other reason than there needs to be a sequel – couldn’t the Ghost Rider mantle been given to someone else then?

You could further nitpick many elements of the film, but I don’t find that’s a productive activity: the sum of all the parts is a lackluster superhero film that features people who are genuinely interested in making a compelling adaptation, but for (probably typical) reasons, absolutely falls flat.