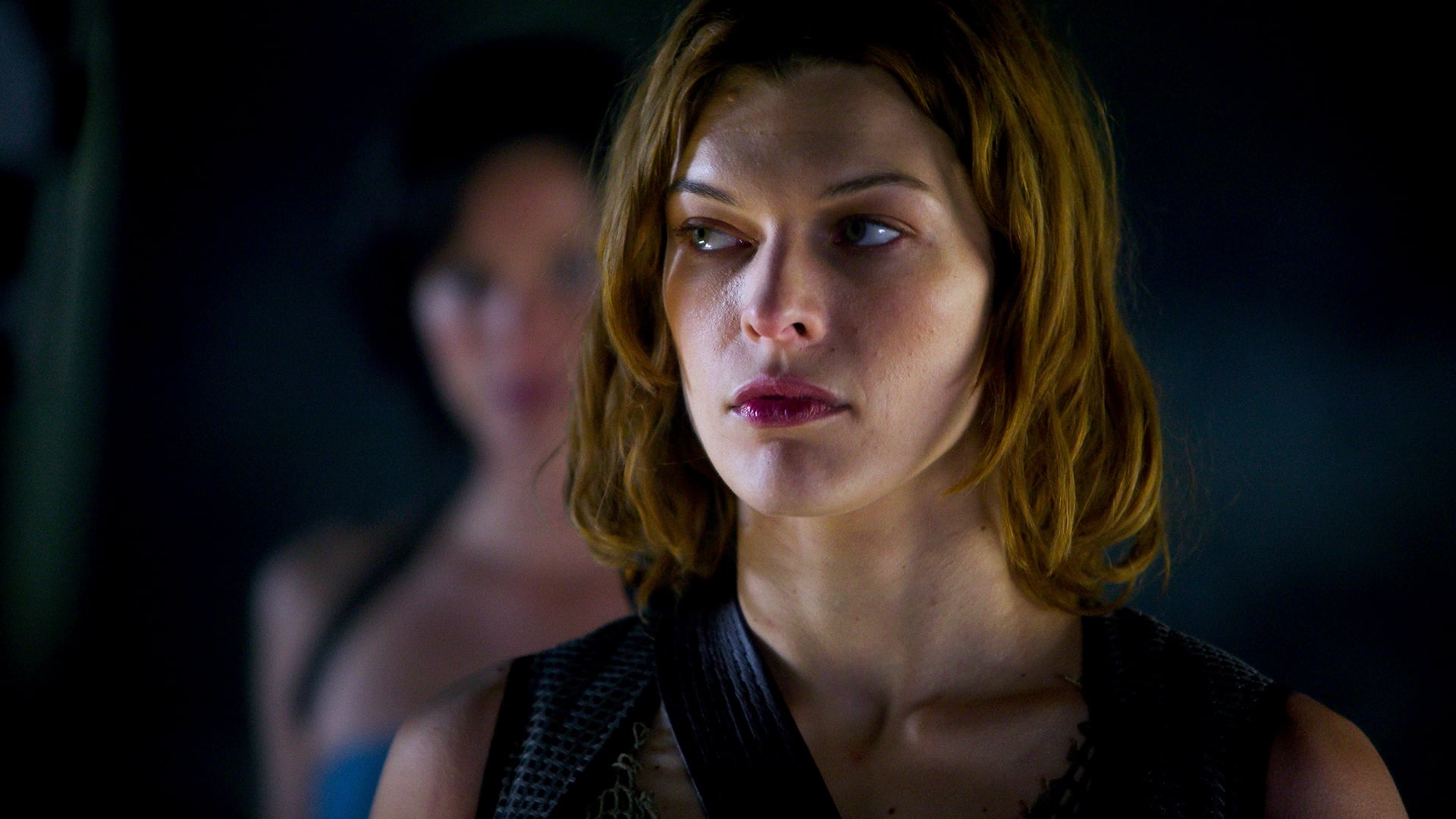 With just a brief two years between the first and this sequel, Apocalypse picks up where the cliffhanger ending of Resident Evil left off – for the most part: we’re treated to a recap of the first films events before the action gets started. The story follows a couple of groups of STARS soldiers (Special Tactics and Rescue Service) as they find themselves trapped in virus and zombie infected Raccoon city. Umbrella Corporation has also sealed the cities borders and unleashed another genetic experiment in the form of Nemesis upon any survivors, for no other reason than to see how it performs before wiping the city off the map with an atom bomb. It seemed a bit crazy to me that the city could suffer as much as it did within the thirteen hour time jump we got at the beginning of the film, but I’ll look past that as I suspect this evil corporation to be taking advantage of the situation and artificially spreading the virus just for the sake of being evil. It seems a bit ludicrous that one company could get away with running an entire town like this without government intervention but alas, here we are. It doesn’t help that I recognize the skyline of Toronto as a stand in for the doomed city and my knowledge of the area had me questioning how effective a physical quarantine could be, but it was easy to move on and get lost in the films other failings.

The biggest failing seemed to be the structure of the film: it felt like we had a decent adaptation of the 1999 video game Resident Evil 3: Nemesis but had to find a way to fit Milla Jovovich’s Alice into the story. Well, they didn’t try very hard, and the action sequences that focused on Jill Valentine and her survivors were interrupted and resolved by inexplicable appearances by Alice. The film is less of a survival horror than it is a mystery on what Alice has become, and there’s just a road of unfortunate side characters that get in the way. When the film went beyond the natural ending to focus entirely on Alice, I found myself looking at the runtime to see if I was in for another climax and act in the film, and I assumed as such considering we were only ninety minutes in. As it turns out, the lengthy sequence was just continued setup of the series’ mythology and next installment.