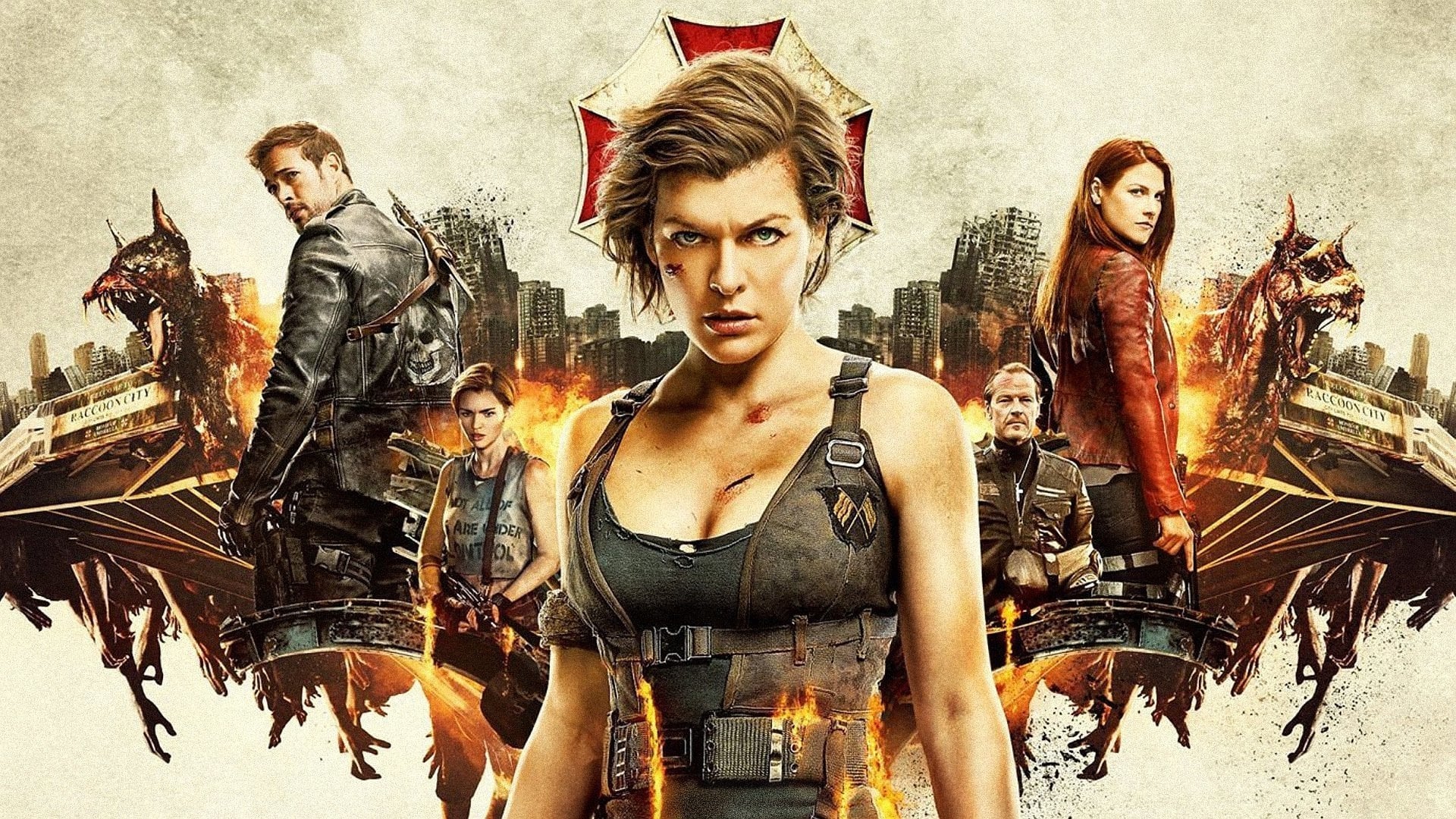 I feel a tiny bit betrayed by last instalment of Resident Evil: the series has built itself up as an action series with a hint of being held together by a thin storyline about the evil Umbrella Corporation and Alice’s (Milla Jovovich) quest to dismantle it. I was disappointed that this movie would go ahead and retcon so many things from the previous films but I guess I shouldn’t be that surprised as Paul WS Anderson has prioritized The Action Scene above all other elements of the films, but it still hurts nonetheless. While the story here does feel tightly focused, I found myself a bit confused on the actions of some characters based on the previous films and left wondering where others disappeared. Killing favourite characters off-screen comes across as disrespectful to the viewer at the sixth entry in the series but shouldn’t surprise me at this point either. The series has always been light on story and The Final Chapter is no different, with the main difference being that you know how this movie is going to end.

The action scenes are actually a step down from the previous Retribution, which was probably a height for the series in those terms; The Final Chapter suffers from too many rapid cuts to the point that the action is nearly incomprehensible and I immediately feel bad for the film because of it.

If there was on bright spot here, is the return of Iain Glen as the delightfully evil Dr. Isaacs. Extinction might be my favourite of the series (I’m not making that official yet though) and I loved seeing Isaacs come back – Wesker felt like a square block being smashed into a round hole, while Isaac slipped through the villain role perfectly from the beginning. Of course, with the return of Dr. Isaacs is the return of the killer laser grid, which had me in hysterics: the laser grid WAS in fact one of the most memorable elements of the first film and to see it come back not once, but twice, throughout the series is telling me that either Anderson is giving the fans what they want or lacks the creativity to come up with something original. The real answer is that he is most likely pretty pleased with himself with that death trap and is practicing some form of self-indulgence by continuing to feature it again and again.

While I was feeling bitter at the beginning of the film, I was coming around near the end: you just can’t take these movies seriously. You’ve got Milla, over the top sci-fi, action, a brisk runtime and an excuse to turn off your brain and just when you thought this would be the final chapter, Anderson can’t help himself by leaving the door open a crack for more.