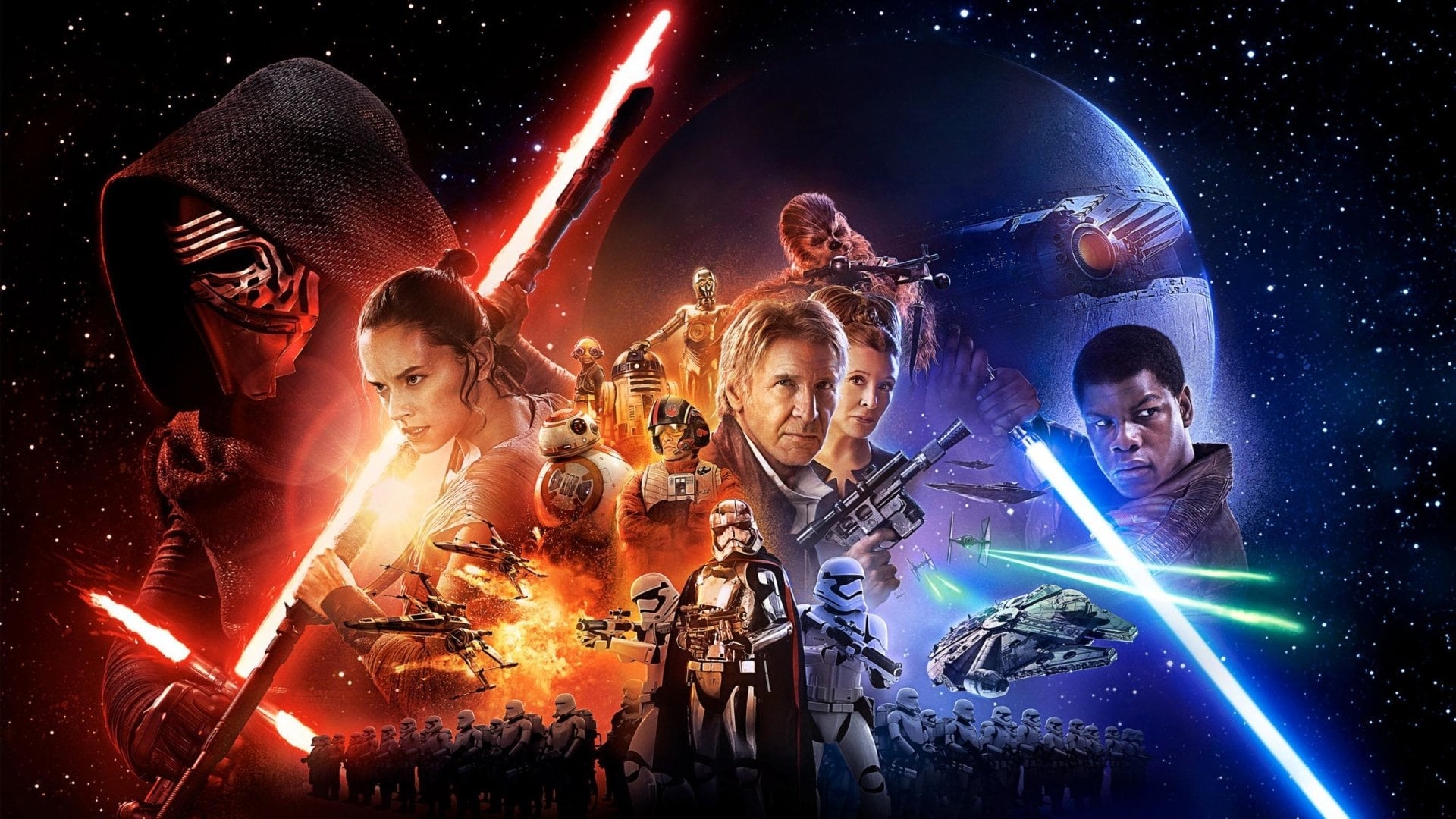 Never has the hype for a movie been at, than the levels that The Force Awakens has achieved. Which is kind of surprising, considering that I was holding my breath and anticipating disappointment. How could you not anticipate the same thing? Each of the prequels in the trilogy was disappointment, and they also achieved fairly high levels of hype. As we went to theatres in 1999 to check out The Phantom Menace, we all believed we would get a similar movie as any from the original trilogy. An entire population lived in denial as the credits rolled. As such, our expectation for Episode II and III were more properly aligned.

Fast forward ten years since the release of Revenge of the Sith, and a couple of pivotal things have happened.

1. George Lucas sold Star Wars to Disney for $4 billion dollars (and subsequently donated all of it to charity).
2. J.J. Abrams has become the poster child for rebooting franchises, starting with Mission: Impossible III in 2006 and again with Star Trek in 2009.
3. Disney, after acquiring Marvel, has put together the most successful superhero movies ever, creating an unstoppable juggernaut in the Marvel Cinematic Universe.

As most people would agree, Lucas can’t be trusted to direct his own material (or even come up with a viable story anymore), so the Disney purchase would mean that Disney could farm the best talent to come up with a proper sequel. Look no further than Abrams, who has given us the excellent Star Trek reboot in 2009 (although I would point out that the follow up was disappointing). He’s a hot commodity, with Hollywood seemingly giving him everything, or at least taking his input on it all. And in Disney we trust: they’ve launched the Marvel Cinematic Universe in all it’s glory, defining a new formula for the structure of the superhero/action/sci-fi movie, but also a formula for cross-movie integration and release dates that puts everybody in a state of awe and wonder. The idea that they could take the rich Star Wars universe and adapt it into a similar tradition is apparent and welcome: yes, I would like standalone Star Wars films, along with follow-ups every year. I want competent talent behind those films. I want innovation. And it looks like we’re getting it all. I’m hesitant to put trust into a gigantic, greedy corporation, but if I had to do it all, it seems Disney is the one most deserving.

Rewind two months ago: trailers have been released, hype has been built and tickets are now going on sale. Text messages shoot back and forth: who’s in? What night? Where? It happens quickly, but I tell my friends that as long as the theatre is in town, I’ll go. The tickets are booked for 10:15pm, December 17. The next day at work, I request to take the 18th off for vacation. Are you going somewhere? No, I just need to sleep in after such a late show. Really take the day to absorb the movie. That, and get some Christmas shopping done.

The next two months seem to go by quickly. I’m not excited for the movie, but I am looking forward to the experience. I’m going with friends who can best be described as “fanboys” although, to my disappointment, they did not adorn their Jedi robes for the screening. If anything, it was a laid back experience. In 1999 we had to buy our tickets in advance and line up hours before screening to get decent seats. Today, the seats are reserved. With ten minutes to spare, we stroll in and sit in our prime spots. Going to the theatre has changed quite a bit in the past ten years. I don’t imagine people are lining up outside movie houses 24 hours in advance anymore. Not when you can buy your seat online and get in with the swipe of your cell phone.

After the bombardment of ads and trailers, the movie finally begins. The Lucasfilm logo appears, and my friend starts clapping: two or three claps in, the entire audience joins and erupts. The Star Wars title screen appears, the famous horns erupt and the audience goes wild. They clap and cheer every time a major character comes on screen, like Han Solo and Chewie. The experience is exactly what I was looking for: the excitement these people have rubbed off on me, and I couldn’t help but feel a bit giddy as the Millenium Falcon burst onto scene, the camera following suit through acrobatics as it avoids laser blasts and slices dangerously close to debris and the ground.

I can’t even talk about the rest of the movie. What I just described was in the trailer, so I don’t see it as a spoiler. This is a film that needs to be seen without knowing anything going in: it’s what the creators wanted. In an age where movie trailers give away everything – absolutely everything – about the movie they are advertising, the Star Wars previews have done the opposite. They were vague, mysterious and did an excellent job of drumming up interest while keeping the entire plot in shadows. It’s a refreshing change from the current norm.

How was the movie? I loved it. I’m not certain at this point if what proportion is nostalgia, theatre experience and movie content. The characters are great; the pacing was perfect. The music was as epic as always, with a gorgeous mix of new and old themes that only John Williams could do. I walked out happy, trusting and satisfied. Maybe that’s saying too much. You should walk in with trepidation, anticipating disappointment like the prequels. I couldn’t. I may have on the surface, but deep down I knew Disney wouldn’t allow this movie to be bad. At this point, I truly look forward to future instalments. This is a film going experience I’ll remember forever.