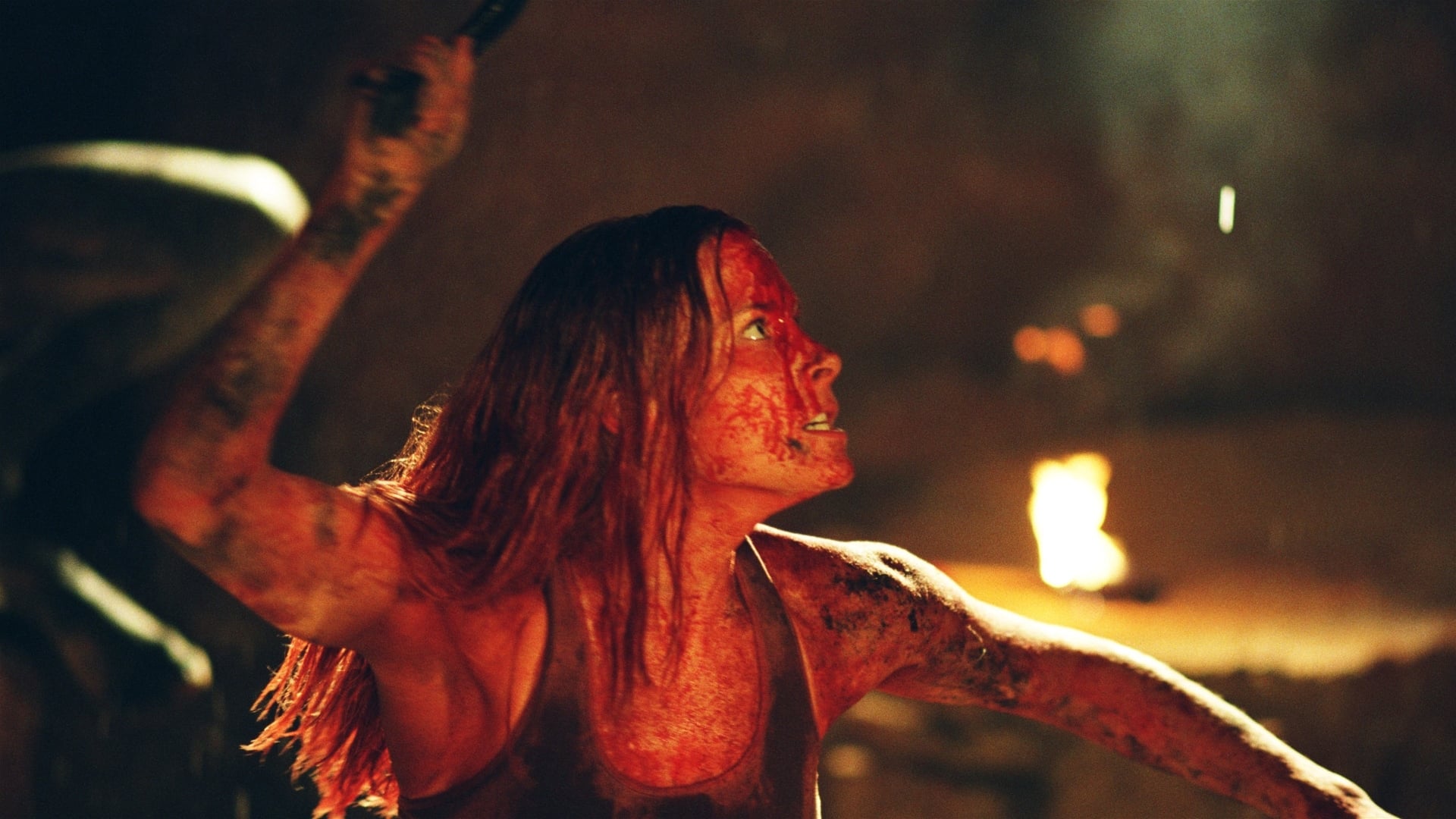 Any sequel to The Descent was going to have a hard time, so expectations going into this were fairly low. Indeed, I didn’t even know this movie existed; I had seen The Descent at home long after release and it became an instant classic and put away as a film too scary to watch again. Not necessarily because the horror of the creatures, but moreso the claustrophobic passages and situations the women find themselves in. I shudder just thinking about it. But, as I get older and a tiny bit more brave I found myself needing to revisit the original before tackling the sequel, and I’m happy to report that I enjoyed it even more the second time around. Depending on which version of The Descent (having different endings) you saw/remember, Part Two will begun with some confusion, but this is easily remedied with a quick web query. Unfortunately the bewilderment doesn’t stop there: Sarah – our protagonist and sole survivor of the first – is found two days after the events of the first and is immediately brought into the hospital. The local sheriff is suspicious as Sarah is covered in blood that’s not her own, and wants answers. We’re then waking her up (the doctor just ordered rest) and bringing her BACK into the cave system she just escaped from (of course she’s lost some of her memory or maybe she would put up a bit of a fight). The movie nearly lost me when the two police officers go down into the cave with her and the search and rescue team: these cops have no real (established) training in the underground, and are completely out of their element. With this absurdity in line, we’re pretty much treated to exactly what you were expecting. The element of suspense is gone because you – the viewer – know exactly what’s down in the depths. The claustrophobia of the first movie is all but erased with well-lit underground caverns and a focus on more action than claustrophobic scares. While all the characters seemed to act appropriately in the original, the characters here are one-dimensional and exaggerated in their ridiculous motives (yes again I point out the sheriff, who in a life threatening situation can’t see the dangers around him and insist on hindering everyone).

So the film may have lost me within the first twenty minutes, yet I couldn’t help but feel entertained and go along with the ride on the remainder of the film. We certainly get more action, but we don’t really get to expand on the lore around these underground carnivores. Part Two gives us another controversial ending, and I was too lazy (and I didn’t care enough) to see if maybe there would be another alternate take. At this point it probably doesn’t matter: after ten years we’ve yet to see a Part Three, but I wouldn’t be opposed to one. As far as horror franchises go we’ve been through much w