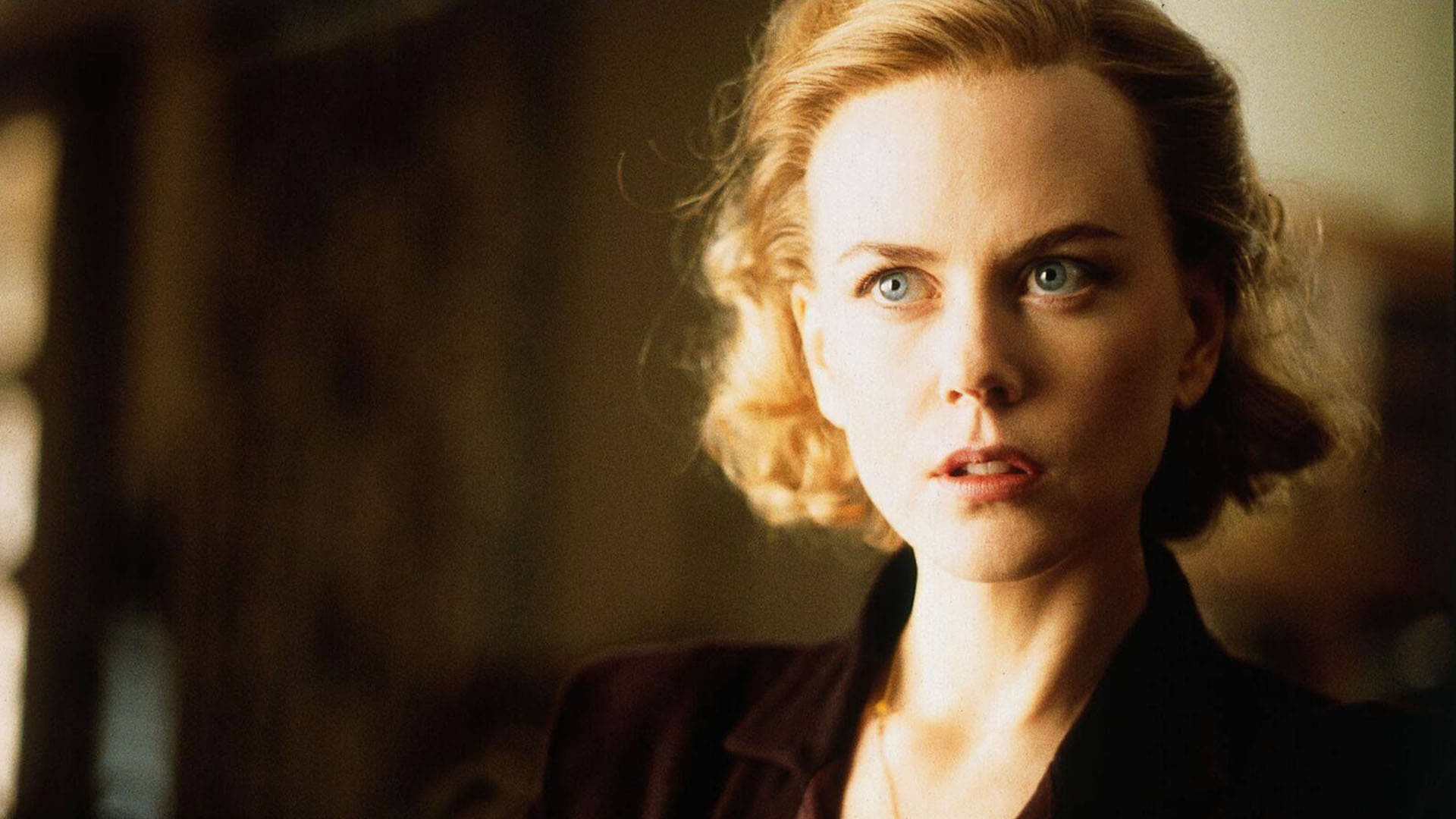 After a particularly crushing day at the office, I meandered my way home to drown my sorrows in chicken wings, corn on the cob and a movie. Which movie though? Out of a vast collection of digital and physical media, the decision is never easy. A few weeks ago I was indulging in a stint of ‘70s sci-fi cinema, but I wasn’t feeling it. How about ‘80s horror? Nah, I couldn’t go there either. Perhaps a comfortable 90’s blockbuster action film? None of them would be up for the task. No, instead, I turned to a recent pickup and a movie darling from 2001 that’s quite near and dear to me; a movie I haven’t seen in over a decade, yet one that I find myself reminiscing about often. The Others, from 2001, starring Nicole Kidman and directed by Alejandro Amenabar.

It was August 2001, and back to school was mere days away. I had my first year of university under my belt and was both eager and full of anxiety on starting my second year. I had spent the summer working at one of my first summer jobs – thanks to a gracious connection from my uncle – and selling old magazine adverts online. There wasn’t much in terms of expectations for The Others: if for nothing else, it would serve as a closing point to the summer and the mark of a new adventure in living arrangments. My first year of university – even though I lived in town –  was spent in student residence with five other guys. My second year presented an interesting choice: either buy one of those big flat-screen televisions or spend another year in residence with a couple of newfound friends. In a discussion with my parents over burgers, I decided to stay in residence, and with that, was the ushering in of what I like to call the Golden Age of Cinema. The Others would kick start the era into existence.

It’s fairly unassuming though. The movie follows Grace and her two children, living in their dark house in the forever misty countryside as weird stuff starts happening. Weird like ghostly, supernatural things. There are a few things of key importance in the setup of the film. One, is that Grace’s children are photosensitive and must keep out of sunlight at all times. This throws the house into inky darkness, and coerces Grace to keep all the doors between rooms locked so as to avoid any accidental openings, thereby exposing her children to burns from the sunlight. Second, is the arrival of a trio offering their housekeeping services. The arrival of these helpers doesn’t sit well with Grace, but she needs the assistance in running the house while her husband is off on the front lines. The paranoia, the dark and the careful crafting of scenes adds up a delightfully creep atmosphere that pulls you in. Well, at least it did for me.

It’s difficult to discuss any more of the fim without spoiling too much, so let this be a warning before proceeding.

It’s not long before “the creepy” begins in Grace’s house. Her daughter nonchalantly tells her mother that she regularly has contact with a little boy in the house. Grace hears things in other rooms and floors: people running around upstairs; doors slamming and worst of all: curtains opening. She thinks it’s her new guests, but it’s not long before these events start happening and she has nobody to blame. With a fervor to protect her children from the harmful rays of the sun, Grace runs around frantically, quickly descending into madness while everyone around her remains eerily calm.

The director does an incredible job in setting up the creepy atmosphere, but also keeps you guessing on the supernatural aspect of the situation. Is Grace imagining things? Why are her guests acting so calm in everything? Her daughter doesn’t seem to have any issues with talking to a (supposed) ghost boy. The film plays this uncertainty into suspenseful scenes and smartly timed scares. My favourite has to be a scene in the middle of the night, where the two children are awoken. The daughter decides to play a little bit with her brother; and begins speaking plainly to the supposed ghost in the room. She asks the ghost to prove to her brother that they are there. While the boy buries himself in his pillow and clenching his eyes shut, our view gets closer to his face. Then suddenly, as the girl asks for more proof, a finger brushes the boy’s cheek. It’s a startling moment, but we’re still unclear: was that the ghost, or was it the sister playing a prank?

Things get stranger: the husband returns from the war; appearing through the mist like a ghostly apparition. But something is off, and for the first time, our servants show concern over what’s going on. It feeds directly into the mystery and suspense that makes this film so enjoyable. The film picks up the pace delicately; it doesn’t shift gears suddenly, instead, reaching a thrilling climax smoothly and smartly. In rewatching this film, I had even more appreciation for the “twist” of the ending, if you can call it that. Keep in mind, this is before The Sixth Sense arrived on scene to change the climate of such endings: I felt like this was more natural, and intelligently played out so that the reveal didn’t make me second guess my own sanity in having the wool pulled over my eyes. No, this ending was rewarding, and appreciated the viewer’s investment in the previous ninety minutes. I could look back on the film on multiple viewings and realize the film was working with me, and not trying to trick me.

Our feelings for the characters also goes a long way to the overall atmosphere of the film. Grace is not somebody that you’re immediately feeling much empathy for. She’s quite strict, unwelcoming and relentless in her adherence to not only the rules she’s defined, but also the rules of religion. As the viewer, we relate and attach ourselves to the children (in defying and following authority) and the servants (in observing the descent into madness). On a second viewing, you can feel Grace’s paranoia and frustration at the servants extend beyond the screen and through the window unto yourself as the viewer of these events. It’s not something I would have picked up on a decade ago, but became apparent while watching with decade-fresh eyes.  As we progress through the film, we do begin to feel that sympathy, and our emotions match the servants yet again. They begin to feel sorry for Grace, who slowly questions her own faith, but more unsettling, her own sanity. We admire her tenacity in trying to keep not only herself, but her whole family, together in the face of madness around her. Her search for answers is not what drives her, no, it’s the protection of her family. Even when the truth is revealed, she insists on protecting her children and her home. In the final moments, we feel a great deal of sympathy for her, which is a far cry from our initial attitude at the beginning of this journey.

I missed quite a bit of this, and other subtleties upon first viewing back in 2001. Perhaps my mind was too preoccupied with the coming weeks: meeting new people, moving into a new apartment, and starting new classes, among other things. It’s also fifteen years of growing as not only a person, but as a film goer. The Others was the mark of the beginning of a movie era for me. It represents the first film in a series of quality movies that I find myself remembering and revisiting fondly. It represents a period of time in my life when ambition was at an all-time high, learning was not only required, but fun and interesting. The entire world was within reach, and I was eager to explore. So perhaps I’m a bit skewed and the nostalgia goggles are on, but damn, The Others is a great film that earns its spot in not just movie history, but mine as well.

At first I couldn’t understand what the pillows were doing in my hands and why you didn’t move, but then I knew, it had happened, I killed my children. I got the rifle, I put it to my forehead and I pulled the trigger, nothing, and I heard your laughter in the bedroom, you were playing with the pillows as if nothing had happened, and I thought the Lord and his great mercy was giving me another chance, tell them, don’t give up, be strong, be a good mother but now, but now what does this all mean? Where are we?