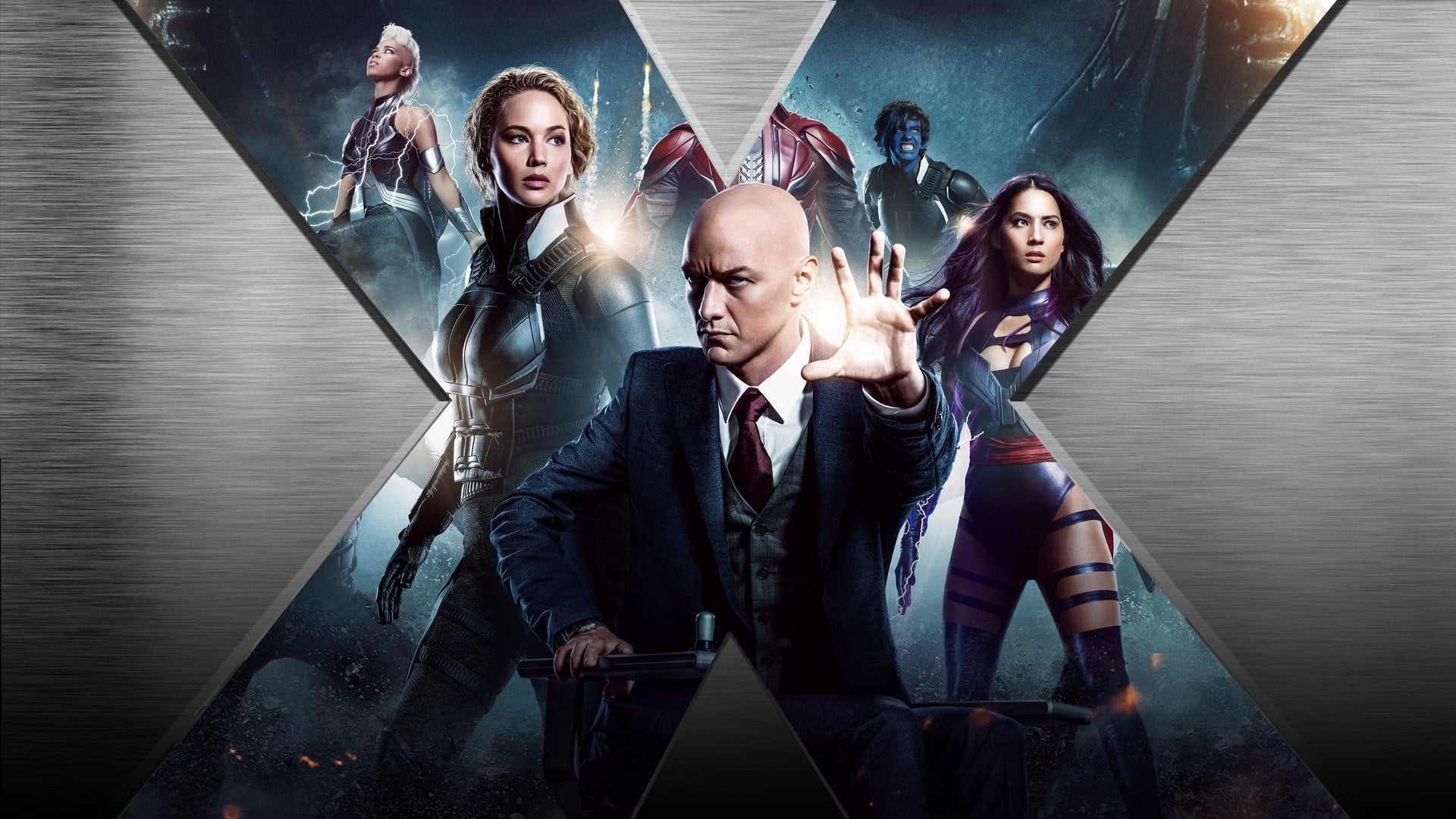 Missed opportunity. It’s really all that comes to mind when I think about this film and how to start this article. Here’s the thing: the movie was bad, not terrible, could have been great. Right? I’m not even sure anymore.

Here’s another thing: it’s REALLY difficult to think about this movie as a standalone venture without considering and comparing it to other films in the series and by other – similar – films being done. That is, the rest of the X-Men series and the juggernaut that is the Marvel Cinematic Universe.

You could easily attribute X-Men from 2000 as beginning the entire “superhero thing” that is so prevalent today. For that, we must pay some respect. The movie was also good, which is more than what we can say for other films that have followed suit. By focusing on two main characters, we’re able to have a coherent story that is easy to follow, and most importantly, relateable. Both Wolverine and Rogue in this film were practical outsiders; one is haunted by terrors of the past, the other: terrified and ostricized because of her powers. As they integrate into Xavier’s school of mutants, we’re brought in on the same path and introduced to all the characters proper. As the series progressed, more and more characters were introduced and the story followed a direct correlation. More characters = less story.

Too many weird attempts to fit new heroes and villains in, while foregoing a “realistic” and motivated plot. X-Men: Apocalypse is the culmination of Way Too Many Characters. The advertising gave you warning: you were getting Apocalypse, his four horseman and a pile of new heroes. What’s Apocalypse up to save for living up to his namesake? Well, ending the world, for sure. The film spends the runtime introducing us to the horeseman and subsequently showing off their powers. They also introduce us to new heroes, like Jean Grey and Scott Summers, along with a gratutious number of cameos of others. There is so much time devoted to these introductions and setup that nothing happens until the very end. We don’t even get a small fight between some heroes and villains. No, it’s all saved up for the final battle, which is incredibly lacklustre. With all that setup – and I’m thinking this halfway through the movie when it’s apparent – that the final battle has to be epic. It must be grand. But it’s not. It’s generic. Mutants fighting one another in grey and brown rubble. Trying to save the world one power at a time. Of course they are going to succeed. We know who lives. We know who dies. You know why? Because is another prequel. We have three more movies from sixteen years ago with all these characters alive and well.

That brings me into this movie’s place in the timeline, and Fox’s undeniably confusing logic to try and piece the entire X-universe together. With First Class, we were treated to a bit of a reboot, right? Then we have Days of Future Past, wherein the characters meet one another (Patrick Stewart hands the torch off to James McAvoy, Ian McKellen to Michael Fassbender, that sort of thing). Yes, they have now bridged the gap between the two series of films: The Old, and The New. The filmmakers don’t make it entirely clear that we’re in a new timeline, instead leading us to believe that the first three films from 2000 onward did happen, and that anything that happens in The New must have also existed The Old. Or perhaps they are going to branch off. It doesn’t help that these movies are set in real-world times, like the ’60s and the ’80s (for Apocalypse). Why couldn’t they just forget about the original trilogy? Out with The Old, please! This is your chance to create something really great, but they falter and try to create a coherent continuity. It’s inevitable that it will be full of holes, and will in fact hinder the creative process.

All of this confusion of time travel and building movies into one another doesn’t help when audiences are accustomed to the streamlined Marvel Cinematic Universe. To make things worse, X-Men ARE Marvel characters. But you know the drill: Fox owns the rights here, while Marvel/Disney own just about everything else. The creative team is different and they aren’t playing well together – so there will never be a Wolverine showing up in an Avengers film. But do audiences know this? My guess is that nobody cares. You throw the X up on screen and people have an expectation. The movies certainly feel different enough, but damn Fox, why don’t you copy Marvel? Scott Summers, who has a real eye problem, is introduced in the film. He’s picked on by bullies, ends up setting off his optic blasts and is immediately transferred to the institute. Imagine an entire film devoted to this kid. Let’s see his struggles in high school, and have his mutant factor pop up at the end of the film. He’s a great leader, right? Let’s show how he became that way. Overcome his bullies, stand up for the little guy. Give him a love interest (who is a mutant) that’s aslo NOT Jean Grey.  I want to see that story. Do this for a bunch of them. X-Men are perhaps the most relatable, flawed, interesting characters in comics, yet we do nothing with them except shove them into these films where we get butts in seats for a special effects extravaganza. I have to give credit where it’s due: Days of Future Past was pretty decent, First Class as well. But it’s all falling apart now. And the beauty of it, is that those solo films (that they even talked about half a decade ago) would still fit in perfectly with their convoluted timeline. Give us a Quicksilver film where he struggles with boredom (because our world moves in slow motion for him). Let’s see these characters cry. It would be a welcome break from the corporate-villain of the year storyline that plagued Iron Man films, that’s for sure.

I just can’t take this movie seriously when it has to exist in the same world that MCU does. There are precedents here. You should know what works, and what doesn’t.

Mystique. Jennifer Lawrence. I think she may have ruined the film. She was signed on to play the character, which she did quite well, but then something happened: she became famous. And she hates the blue makeup. So what happens here? The villian is changed into a hero, who spends the majority of the film in her regular “human disguise” which kind of negates her Mutant Empowerment roots. She gets a ton of screen time, and I can’t help but think it’s entirely based on Lawrence’s fame. Of course, why wouldn’t they bank on that, right? It ruins the movie creatively. Mystique is presented as a role model to other mutants around the world, but she spends all her time hiding her mutant ability. Her and Beast had this thing, right: Beast wasn’t able to come to terms with his mutant gene, and spent his knowledge repressing them. Mystique would convince him to embrace it – then enter Apocalypse and it’s all for naught.

But these may be minor gripes with the film, I’m not sure. We also get a Wolverline cameo that wasn’t entirely necessary but you know, Hugh Jackman, right? He has to be in every film. We have another great scene with Quicksilver, although Havoc’s death seemd ambiguous. Jean Grey is rocked by Sophie Turner: can’t wait to see more of that, although perhaps we’ve seen everything there is. The movie suffers from world hopping; it’s just a trend that I find tiring. Again, I can refer back to the first X-Men and point out that it’s fairly contained. In Apocalypse, we are literally going across the globe instantly, and frequently. It’s jarring. Oh yeah, did you know Oscar Isaac was Apocalypse? They have him behind so much makeup and voice effects that I couldn’t tell. What a disappointment. Perhaps Fox is afraid of oversaturation, and may not see as much opportunity for the X-universe that they have access to. Maybe they lack that showrunning producer who can guide it along the right path. Perhaps it was just a poor film and nothing more. All we can do is wait for the inevitable sequel (prequel).