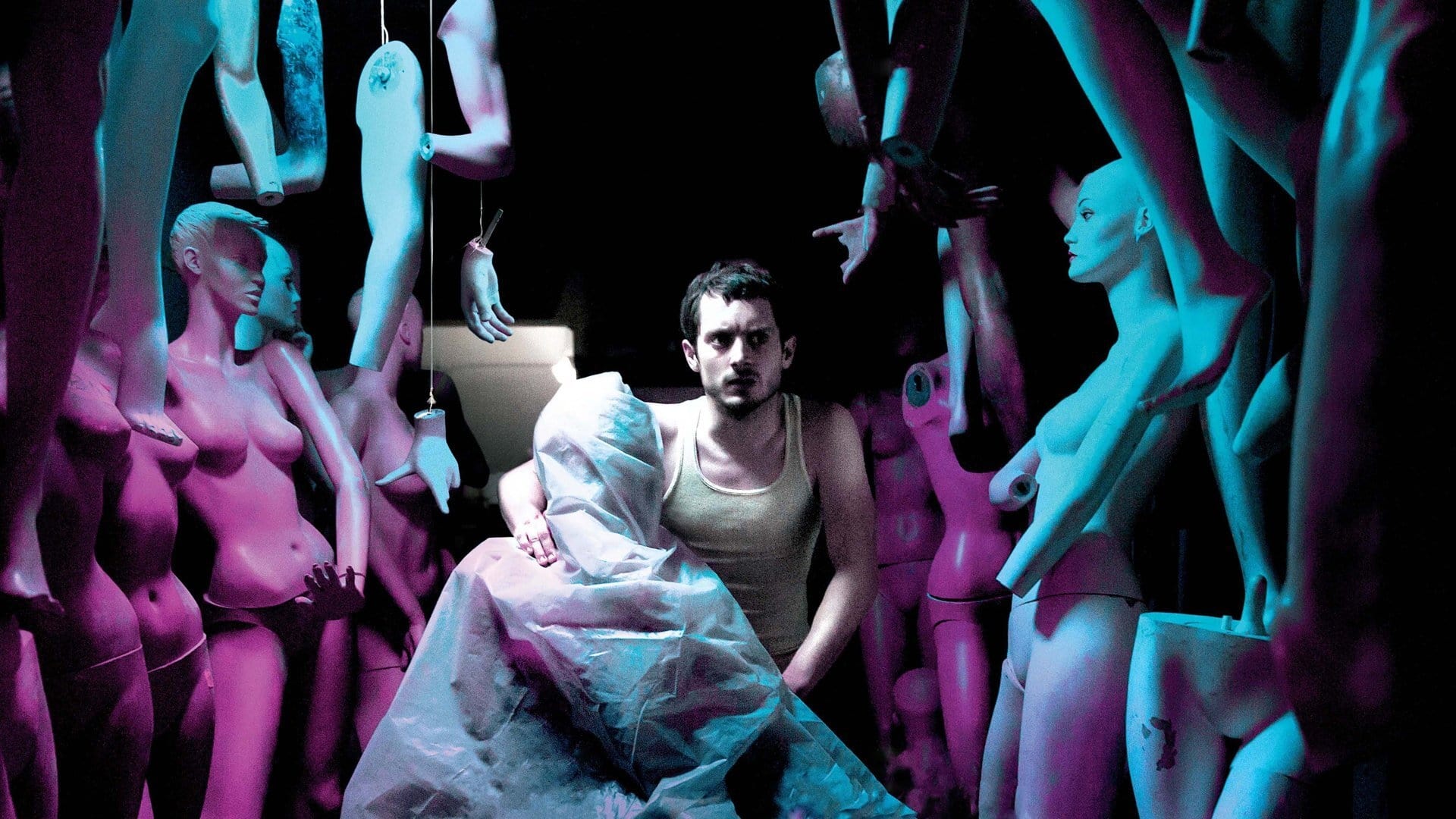 Perhaps, knowing that they (the filmmakers) couldn’t emulate perfectly the chilling, creeping performance of Joe Spinell from the original Maniac, the remake takes the foundation of what made the other film and run with it in their own way. And it works. Elijah Wood brings upon the film his own creepy factor that sets him apart from Spinell; indeed, Spinell’s performance is going to be unique for the time and the filmmakers are wise to avoid an attempt at recreating it. The new movie is set in modern day, with all the gloss that a modern movie filmed with modern cameras would bring to the screen. Wood’s performance drives home the psychological horror that the titled maniac is going through, something that may not have needed as much attention in the original. We get a clear sense of how unscrewed this guy’s head is. In this version, he owns a mannequin shop, giving him a strong focus on caring for them. Just as in the original, the maniac’s victims are recreated on the mannequins: the hair he scalps is stapled onto the head and their clothes make the transition to his perverse fantasty world. He carries out relationships with them, although all in secret.

The maniac – Frank – is bewitched with a photographer named Anna and is able to develop a relationship with her. The transition from Frank mixing the straightforward, “normal” relationship with his chaotic, homicidal innerself is much more forced than the original. Our original Frank didn’t need any motivation. Upon meeting Anna’s friends, he slowly goes to work on snuffing out their lives, and is there for Anna in her time of mourning. In the remake, Frank is pushed, bullied and harassed by her so-called friends. In this version, Anna springs the fact that she has a boyfriend on Frank, which is another punch in the gut as they have seemingly gone on a few dates already. You can’t help but feel a little compassion for Frank, which I don’t think is what you really want in a film like this. You never once felt empathy for Frank before, but find yourself now justifying his rage into the only channel he knows: murder. Perhaps we’ve gotten used to this sort of thing throughout the past couple of decades as we continue to sensationalize serial killers, giving them more character and attention than the victims.

When I spoke about the original, I mentioned how the overdubbed lines and breathing added immensely to the overall feel of the film. We don’t get that here, although there is a bit of heavy breathing added in for good measure. There is a throwback to the original poster in the film as well.

The biggest departure that truly sets this film on its own, is the first person camera. I had heard about this and is the reason I grabbed the film in the first place. It is pretty incredible how it works for the film. While we see Frank’s face in reflections every so often, we are pulled back from the first person view occasionally when Frank is re-living positive memories of his mother. When those memories go bad, we’re quickly brought back into the first. It’s chillingly effective, and I’ll paraphrase an IMDb comment that says it best.

It’s with this perspective that the titular character has an added depth that wasn’t entirely fleshed out in the original film. Yes, it was known in the original, but perhaps too subtle (until the end). We experience numerous flashbacks throughout this film, even going so far as to show his mother and what she had become. Again, we’re playing up a lot of empathy for our maniac as we tread down the road that made him who he is. Whether this is a good or bad thing as compared to the original is a moot issue in my mind: they are separate films that accomplish their story in similar, but different, ways. There are many parallels between the two but they stand aside one another in providing a very different experience.

If more remakes were approached in the way Maniac was, I think people would be more receptive to them in general. For the most part, they don’t. You have to look past your modern box-office machine – that spits out remakes like Total Recall – to find filmmakers taking existing content and approaching them in original ways.