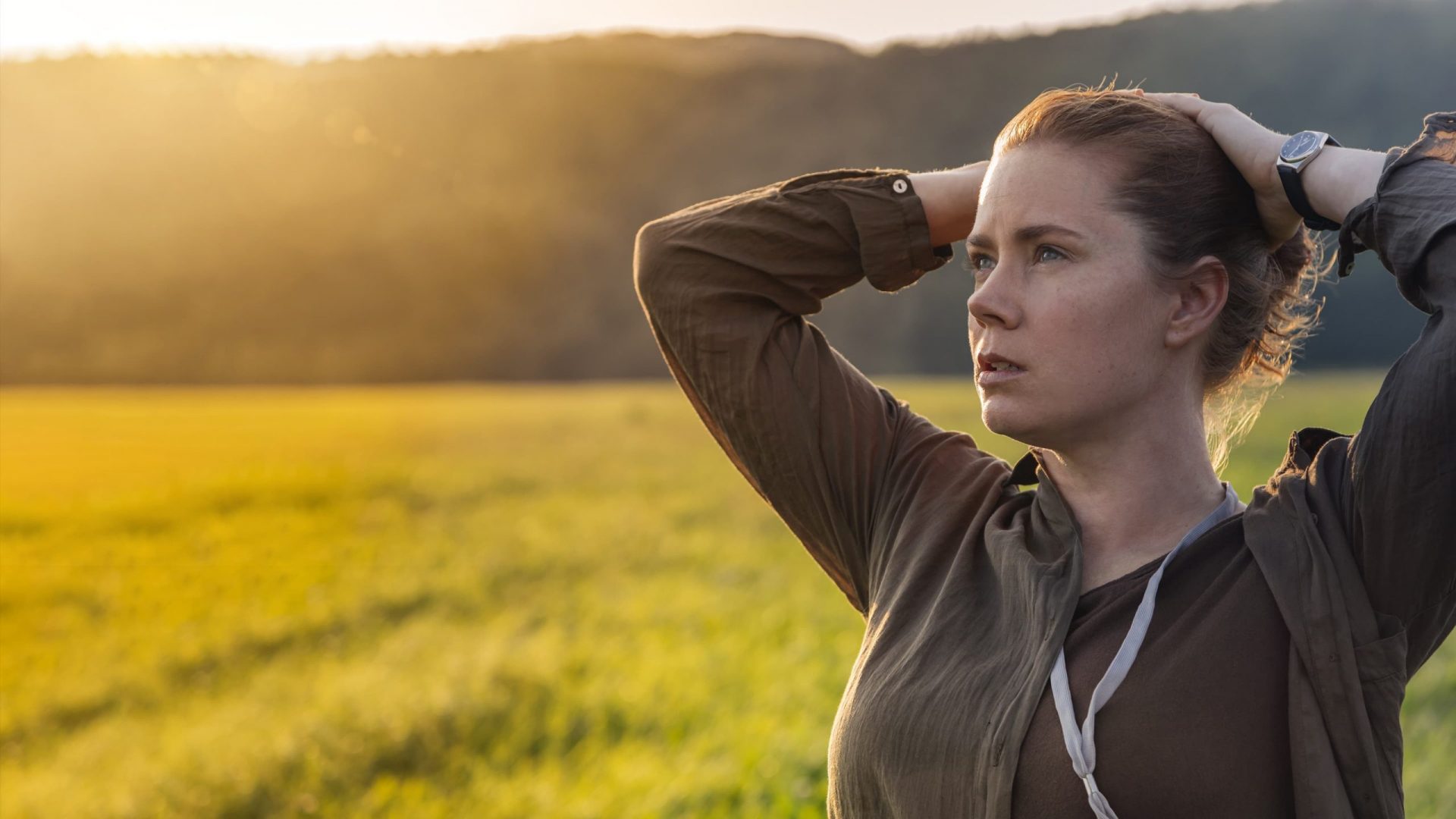 Ah yes, it’s November, which means we’re due for our psychological science fiction film of the year. Now that the summer is over and the memory of those action movies masquerading as scifi is over (re: any movie with more special effects – especially robots and spaceships – than character) we can get onto the heavier stuff. A couple of Novembers ago, we were treated to Interstellar; now, we’re in the presence of Arrival, a slow moving yet highly anticipated movie about humanity’s first contact with alien life.

The initial trailers had me hooked right away, as it turns out I’m kind of into “first contact” movies. Is that even a thing? Yeah, I love my scifi and this is right up my alley, so we’ll roll with it for the time being. There wasn’t much revealed in those first teases, save for an introduction to our characters, the general structure of the film and perhaps most importantly: the atmosphere of the film. What I didn’t know beforehand is the films director, one Denis Villeneuve; having not disappointed yet, Denis’ filmography is setting him up to be a modern master of cinema, and perhaps being more aware of his duties on the film, my expectations could have been altered. Just a tad though. Not enough to make a difference here; I mean, you can’t go from Prisoners to Enemy and expect me to have the faintest idea where his next movie would go.

So what have we got here? Amy Adams plays The World’s Best Linguist Dr. Louise Banks; she’s an expert in her field and is also haunted by flashbacks of her daughter. She’s trying to teach a class when the world goes upside down as mysterious floating objects – twelve in all – appear all around the globe in various countries and areas. Humanity, of course, freaks out a bit. Smartly, Villeneuve sticks to his characters first and foremost, giving us a sense of the greater world through media broadcasts. It’s nearly futile to bring up what a trope this has become, especially in our scifi world, but I’m in the rolling mood and not willing to strike that against the film. It certainly didn’t hurt my enjoyment of the film at all.

Banks is teamed up with Jeremy Renner’s Ian Donnelly, a Really Smart Guy in astrophysics (or something). The military seeks them out, and brings them together. Banks will lead in both learning their language and teaching ours, while Donnelly will (presumably) figure out where they come from, and get a grasp on – you know – the science. The fact is it doesn’t really matter, because we focus entirely on Banks and the language, shuttling all the astrophysics into another room. Interstellar kind of puts that science up front, although both movies smartly focus on humanity, emotion and the drama. What we’re treated to is a methodical, slow moving drama that follows Banks and her team into learning more and more about our visitors, with a steady incline of background tension feeding from two different sources. One, is our glimpse into various news feeds, which chronicle general society’s response to the arrival of our visitors. Violence breaks out, chaos ensues, but generally, life (must) go on. Our team is taking months to figure things out – slowly. Second, is the escalation of the reaction of foreign nations, mainly: China. As everyone starts out on the same foot, time goes by and their suspicion that these visitors are hostile escalates to a boiling point.

It sounds a little more straightforward than I would like to lead you to believe: the magic of the film lies in Louise Banks, and Amy Adam’s excellent performance in combination with a smooth twist that pulls both sides of the curtain closed. My only real complaint is that there’s a general lack of substance. Once the film is over and the credits are rolling, I’m not left to ponder very much. The film wraps it all up in a nice little package and explains just about everything. I may be fortunate in picking up most of the clues spread throughout, and not missing a few lines of key (but seemingly throwaway) dialogue that would help pull the tapestry together. My friend and I, in our regular drive home after the show, didn’t really have much to say. And that’s what will stop this film from being truly great: there are no questions that I can take away and start a discussion with. The film is (oddly enough) quite linear; there’s not a lot of layers to peel back and dissect. This isn’t necessarily a bad thing: we are entertained; we are intrigued, we are in awe.

The comparison to other scif films is inevitable; as I get older it seems to be easier to look at the various inspirations that came before. In this case, we have the already mentioned Interstellar but perhaps more important, is the comparison of Contact. In Contact, we deal with similar subject matter; that is: first contact with alien life. You don’t have to look very far though to see how much deeper of a film Contact is, through its exploration of its character’s convictions and beliefs. While these three movies may form the First Contact Trilogy, I need to give a big shout out to one my favourite films of all time: Sphere. It’s easy to draw the comparison, especially the beginning where our “alien first contact” team is being formed. That may be where the most direct similarity ends, but it’s a good one. I can appreciate the sources of inspiration that Villeneuve drew from, and used to create a unique vision. An overall great experience, rightfully earning its place among the great scifi films of the modern era, and a respectable first viewing rating of 3.5 / 5 stars.