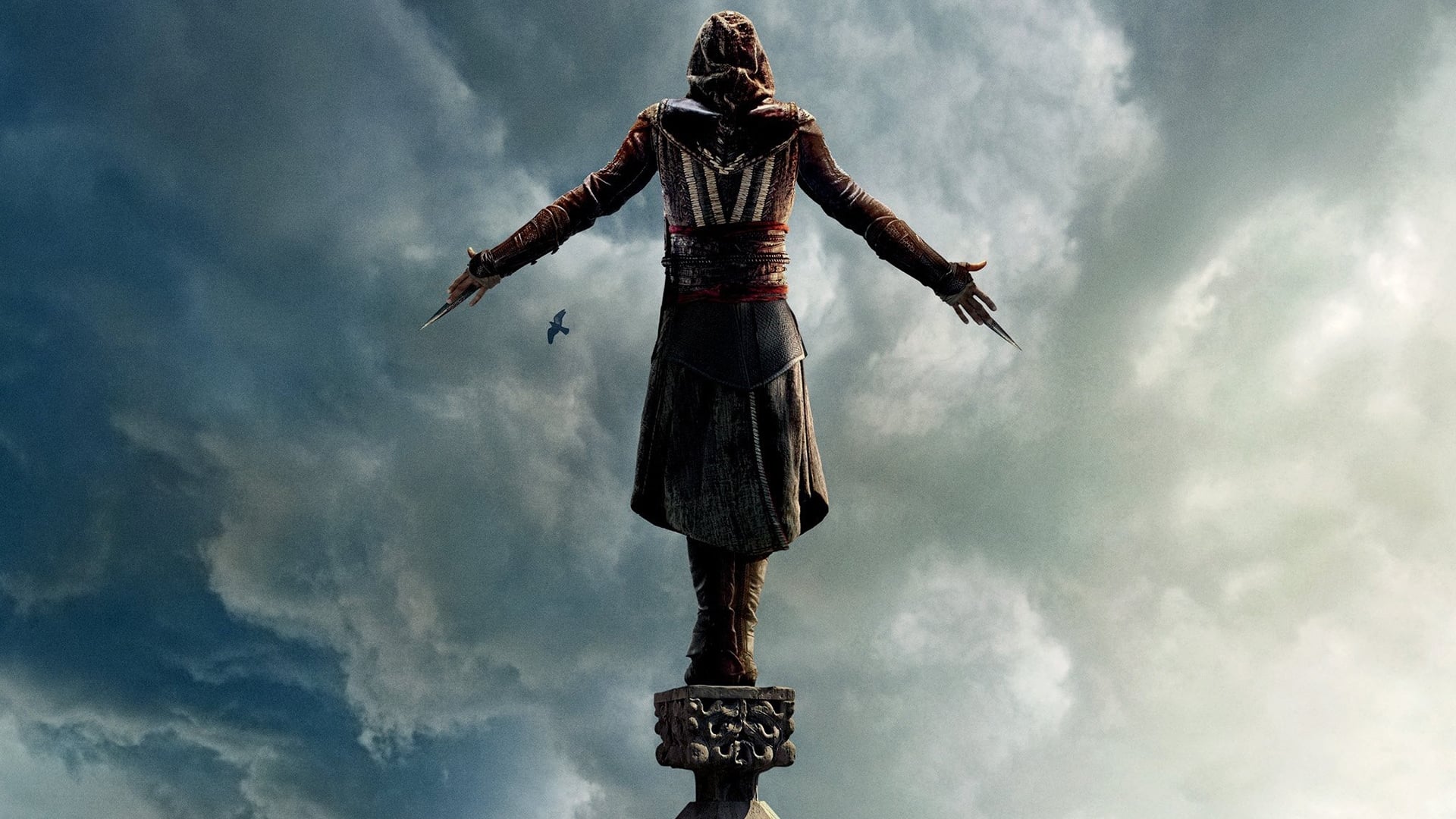 Tackling Hollywood’s latest video game adaptation was always going to be an interesting exercise. It’s a wonder that any of these become made; even in the face of an abysmal track record, producers will always make an attempt at adaptation when some semblance of a built-in audience is already around. Indeed, I got right into the video game when it first came out, and eagerly played the second (which was even better). I played the hell out of the third title, Brotherhood, and got burnt out on the fourth: Revelations. I believe there have been eight or nine main entries in the series to date.

With that many titles in the series, there’s a lot of story to pull from, and it’s easy to see the variety of ways that you could adapt these scenarios into compelling action and drama on the big screen. The base concept is interesting enough: it’s the story of two groups – the Templars and the Assassins – waging war for centuries in the hunt for pieces of eden, which apparently when combined, would allow for the control of the entire human race. Conveniently enough, the technology assists that allows an individual to relive the memories of their ancestors. In this case, Desmond is a modern-day man who comes from a long line of Assassin’s, which allows us – as gamers – to wreak havoc and see events unfold in a number of timelines.

You can see how the concept is well suited for a series of games: each game could take place in a different time, with one continuing story in the present to string it all together. THis is, of course, exactly what they do, as we start the series in the Third Crusade, then advance through history (and all over the world) with each iteration. It seems straightforward, then, to adapt the exact same premise into a movie franchise. It can’t be that simple though, right? Of course not.

Now, it’s been awhile since I’ve played the games, and I’ve only played three of them. I’m not sure that’s too important, but it is worth noting, as I’m not very intimate with the source material. So any variations that the movie takes from that main story should be relatively lost on me, right? Well, that may be true, but the basics are another matter. Simple things, like our protagonist, are entirely different. The device that they use to relive the memories – that is, the animus – is different as well. Our introduction to our characters is kind of numbing, really, when you’re familiar with the original source material.

But, it’s an unfair comparison. The first game had a dozen or more hours to introduce us and set up the world. Games, in their form, allow for a much greater reach into story and emotion that movies don’t really have a chance to replicate. That’s not to say that they are inferior in any way; they are different mediums that can both accomplish great things. It’s in the adaptation, like this, where we falter a bit. So I can completely understand why changes are made, and I’m not entirely upset by them. The movie has a responsibility to tell a coherent and complete story in a relatively short amount of time; when there is such a vast amount of material to include, it’s inevitable that material will get cut.

I think the main problem, is that this movie tries to cram too much of the story, or: the mythos, into on film. What happens because of this, and throughout the film, are fairly big jumps that don’t feel as though they’ve been handled well. I can’t help but feel that a more effective way to tell the Assassin’s Creed story would be focusing on very simple concepts, and rolling with it for a couple of hours at a time. They should have taken a lesson from the game: most of the content takes place in the memory. Let’s say, eighty percent of the game is in the memory, while the movie does the complete opposite and has eighty percent of the film in present day. Those ancient characters don’t get a chance to come to life like they did in the game. In fact, the story was strong enough to make a series of period films without the inclusion of modern day at all; could you imagine?

As it is, the film wraps up with a gigantic – yet unfulfilling – opening for more entries down the road. It’s obvious that no sequel is guaranteed here, and modern Hollywood isn’t equipped for such a beast anymore. With the poor box office and abysmal critical ratings, it’s doubtful we will see a sequel, which is unfortunate: there’s opportunity to bring this thing back around.

I feel bad giving the movie such a hard time on its inability to adapt the source material and missing out on some great opportunities without talking about the what the end product was. Was there anything good going on in this film? Certainly. The action was incredible: the memory scenes were well choreographed and I got goosebumps when I saw some signature moves from the games show up in perfect form on the big screen. Those ancient characters seem interesting, but they don’t get much time to breathe. Our modern day characters are brooding, serious and boring. There’s also a lot of them: other people in the facility that presumably have undergone some sessions in the animus lay out quite bluntly that there is more going on here than meets the eye. Who can you trust? Who do you believe? They cram so much of it in without any subtlety at all that I’m offended, and that’s where the magic of sequels could come into play, as they allow the long game to play out.

The talent here is incredible: Fassbender and Cotillard, with Jeremy Irons and even an appearance by Brenden Gleeson. Why do they all turn in some cold performances? One can only assume they didn’t have much to work with. When the director and producer indicate that they wanted to create a story where neither one of our groups is necessarily good or evil (or aim to make you question everyone) we end up rooting for no one: they all act the same and I have nothing to grab onto that would help me care for ANY of the characters, their motivations or what happens to them.

It’s unfortunate, really, as this movie had a lot of potential, and you could feel that collective sigh of frustration. While it is indeed better than most game adaptations, Assassin’s Creed was “the chosen one” that would make future endeavors plausible. With a solid team on screen and behind the camera, this should have been like the Superman of super-hero films: allowing us to believe a man can leap of faith into a wagon full of hay. Alas, it falls flat, putting itself and others in jeopardy.