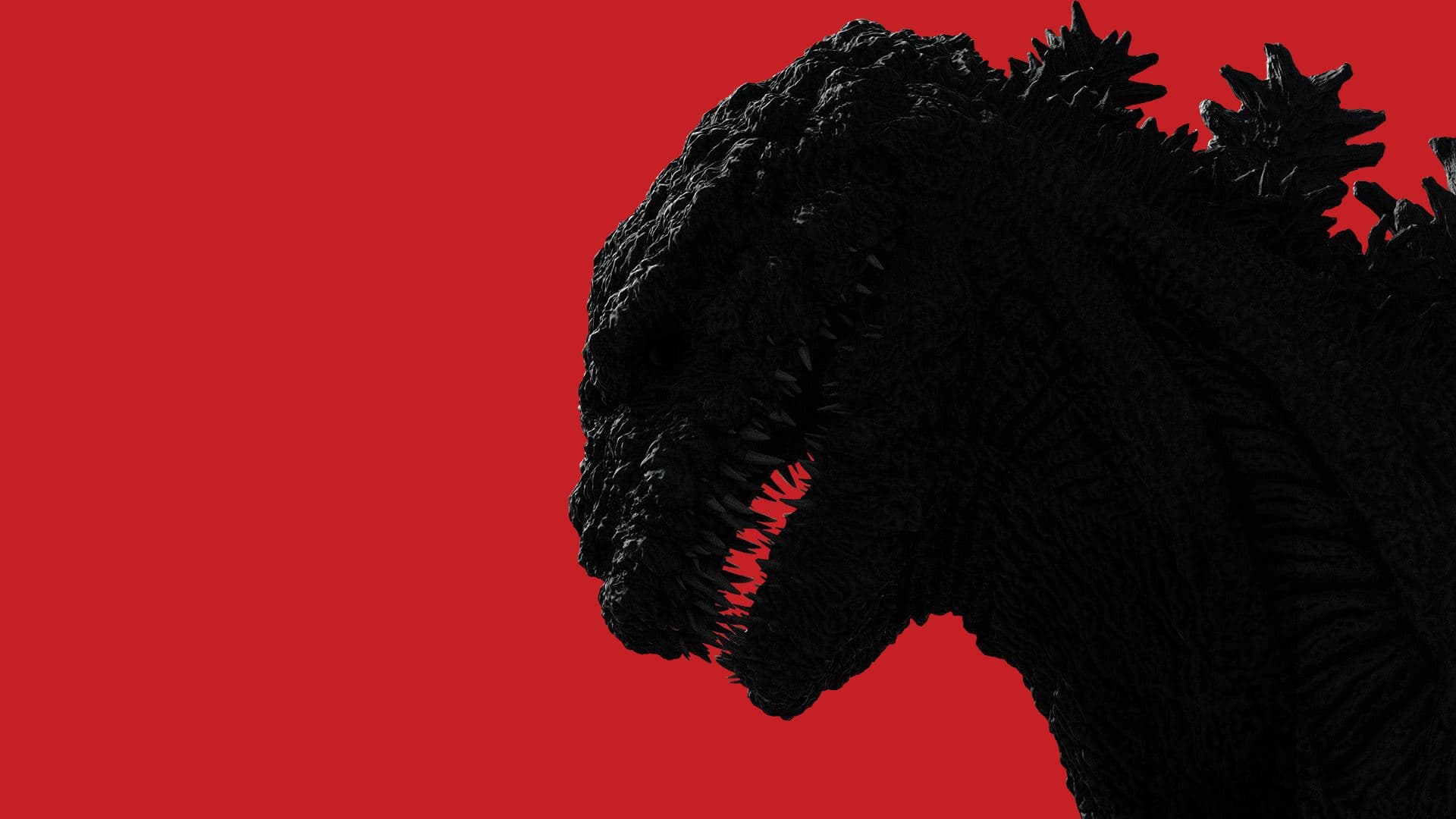 Immediately upon starting this film you have no choice but to notice how damn fast the dialogue and ensuing scenes are. As we cut through from scene to scene, and through dozens of characters I find myself nearly exhausted, especially since I simply can’t listen to the dialogue: I have to read everything. Later on I would see in the IMDb trivia that the movie could be described as a Aaron Sorkin written political with a healthy injection of monster for good measure. The end result is brilliant, and a refreshing take on the classic Japanese monster film that I’ve enjoyed through my life.

If memory serves me right – in quite frankly it probably doesn’t – I found that most Godzilla films would focus around a few characters as they traverse the chaos of a giant monster attack – that monster being either Godzilla, or another beast, or a beast that needs to fight Godzilla. Shin Godzilla takes a different approach with an absolutely gigantic cast of characters, all depicting the various levels of government and decision making that must fall together when the unimaginable happens. In other films, Godzilla would stomp around your city and immediately, the planes, tanks and soldiers show up to launch their futile missiles and guns. Shin Godzilla exposes to the other side through the decision makers; the Prime Minister must listen to his advisers, experts and people to determine the best course of action. And when facing the unknown, those decisions don’t come easy. We weave not only through a political landscape, but a human one as well; are you willing to sacrifice the lives of a few in the hopes that your missiles will finally stop the beast, when you have no precedence or guarantee that your attack will do anything at all?

The film does an incredible job of depicting how a government may react to a giant monster showing up at its shores overnight. And Japan isn’t alone, as we get a healthy dose of inter-country politics through the exploration of Japans ties to its allies, specifically their relationship with the US. Just as the original Godzilla film served as an allegory of the nuclear climate in Japan at the time, Shin Godzilla taps into many of the major, recent disasters that have plagued the country. Imagery of tsunami-like flows into the streets and of the safety of their nuclear power plants would reflect the recent earthquake, the subsequent tsunami and the Fukushima disaster in 2011. Giving Godzilla the face of these disasters allows us to appreciate how much the country is willing to put into their resolution, and their pride in capabilities.

So where does Godzilla fit in what seems like a political drama? Well, the term ‘Shin’ can quite literally translate into “new” and you end up with a title of New Godzilla. A true reboot, unlike anything the Japanese studio has done before (unlike the American installments). Godzilla starts as a large aquatic animal that barely resembles the classic figure; to the point where I wasn’t even sure this was the titular character, but perhaps another monster that he’s getting ready to fight. Godzilla continues to evolve, much to the horror of our vast array of characters. The danger level increases not only from Godzilla, but outside sources, in the form of an alliance of countries that not only want to help Japan deal with its disaster, but to ensure that disaster doesn’t spill onto their own shores.

With that I can’t really go into more detail, lest you get spoiled. What I can say is the action is incredible, the dialogue is on point and my interest never waned throughout the run time. This is a Godzilla film unlike any you’ve seen before, and it’s an absolute delight.