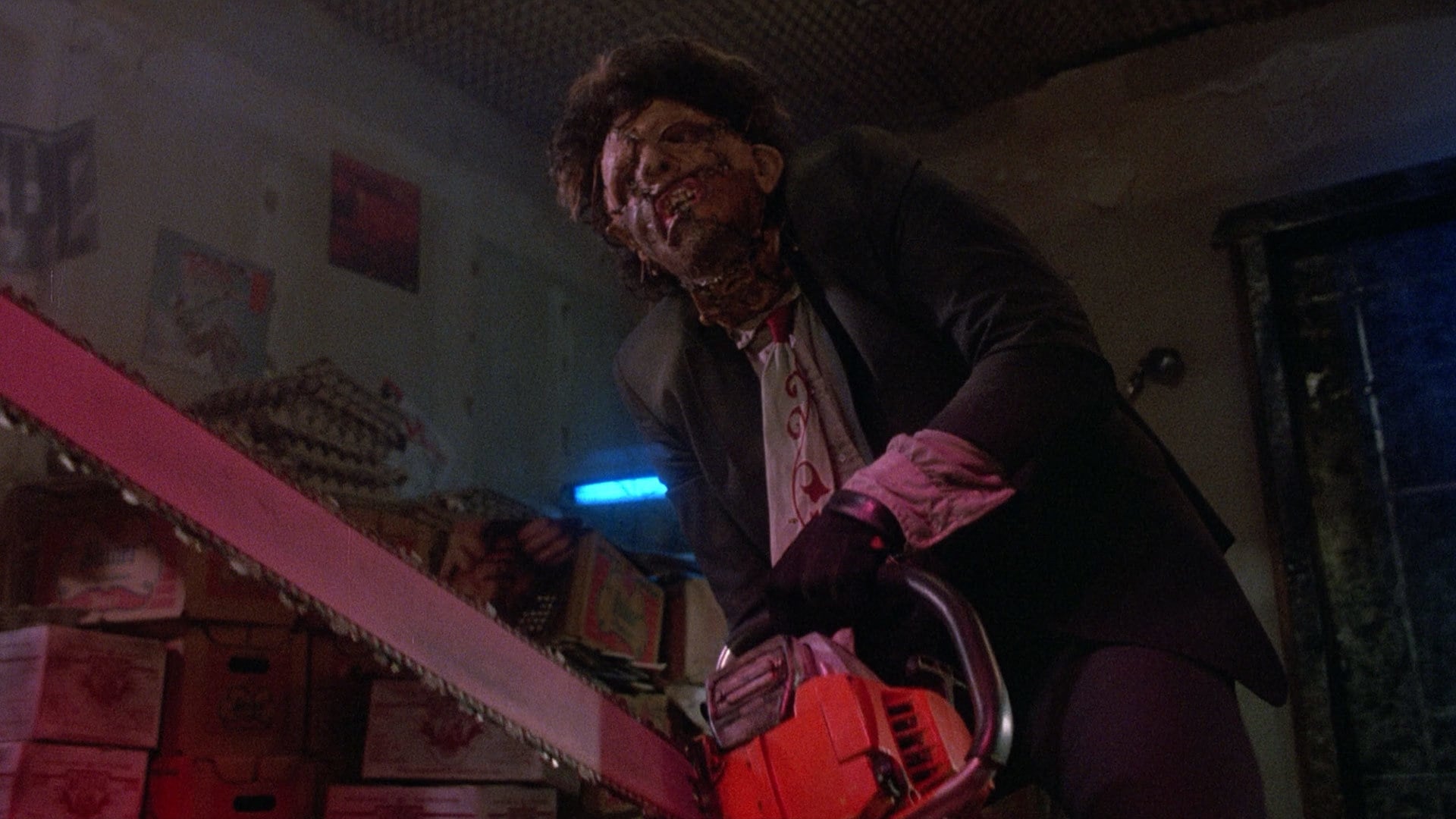 While I found it difficult to sit through the original Texas Chainsaw Massacre, I did end up rating it quite highly. The big takeaway I had was the amount of screaming that dominated the last act of the film, and I found it exhausting to complete. I leveled a similar complaint against The Goonies when I watched it the first time: there just seemed to be sections of loud talking, yelling and general tomfoolery that overloaded my (apparently) old man sensibilities. It pleases me to report then, that the “screaming” of TCM2 was much more bearable. The film though, does not hold the same significance of the original, although I did enjoy watching it quite a bit: the sequel does not seem to take itself seriously, as it has a bit of surrealism that leans into comedy rather than the shock horror of the first. It’s a good mix as we’re treated to a zany performance by Dennis Hopper (that scene where he’s shopping for chainsaws is out of this world) and a solid showing of the cannibalistic family, including Leatherface who shows he may have some more emotions behind that creepy skin mask. I have a feeling this sequel will be the best of the bunch, although I must continue onward through this franchise. This would be a great film to watch with friends: it’s lighter, it has great gore effects, and just absurd enough events that everything comes together to make a satisfying film.